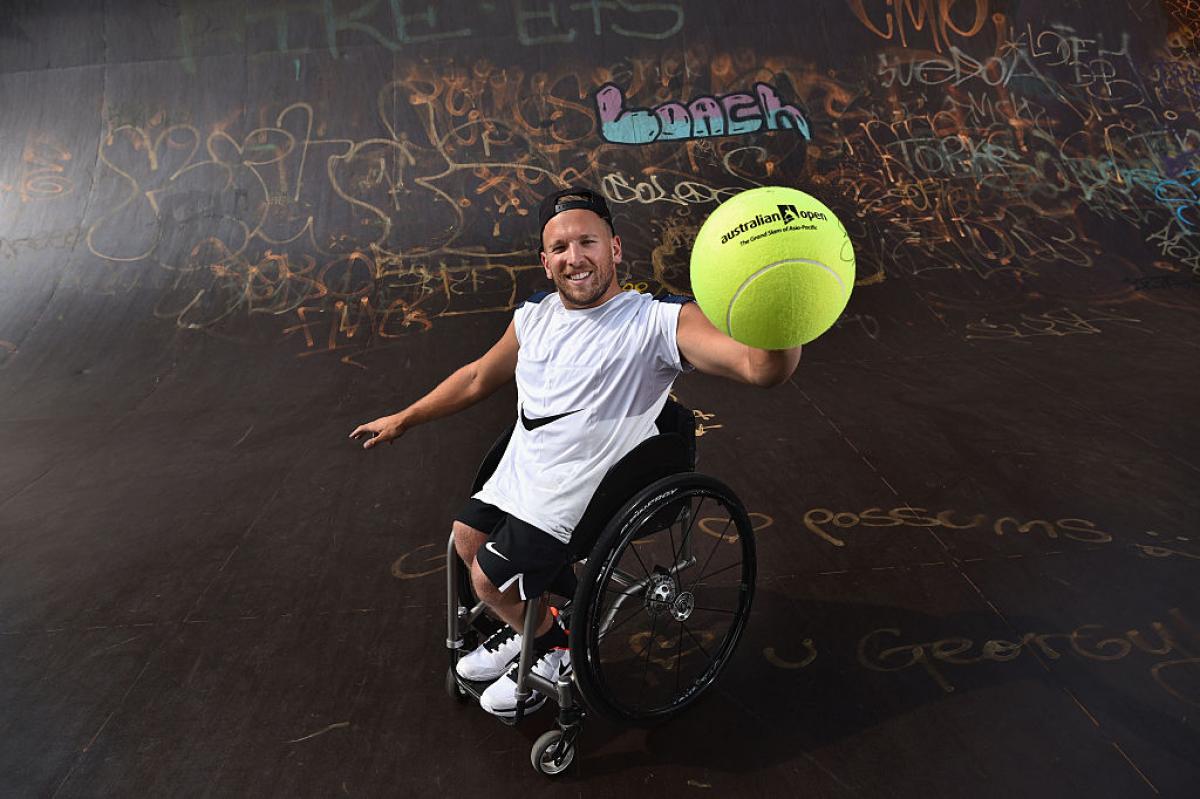 “Sport really saved my life. So I want to thank GQ for having a Paralympian up here.”

The accolades keep coming for Australia’s 2016 Paralympian of the Year Dylan Alcott, who was also named the GQ Sportsman of the Year on Wednesday (16 November).

Taking to the stage at the Ivy Ballroom in Sydney, Alcott said, “I started reading GQ [men’s fashion, style and culture magazine] when I was 14. I dreamt of being in GQ – of course back then I was obese and had no eyebrows.

“Sport really saved my life. So I want to thank GQ for having a Paralympian up here. We need more people with disabilities in mainstream media. And I’m proud of having a disability.”

Albeit a “massive honour” to be chosen as the recipient of the award in front of a crowd which included Hollywood celebrities such as actors Chris Evans and Jon Hamm, GQ Sportsman of the Year is just one in a long list of achievements for Alcott this year.

At the Rio 2016 Paralympic Games, Alcott won gold in the wheelchair tennis quad singles and doubles tournaments. His and Heath Davidson’s win over US reigning champions Nick Taylor and David Wagner was the first Paralympic gold medal won by Australia in wheelchair tennis since Sydney 2000. Olympic swimmer Ian Thorpe, who presented the award to Alcott last night, has said that his favourite sporting moment this year was Alcott’s performance at the Games.

On the significance of GQ choosing an athlete with a disability as their Sportsman of the Year, Alcott said that they are “smashing barriers.”

“In years gone by, athletes with disabilities would’ve never been considered for awards like this.

“I’m super proud to be a Paralympian, and I can’t thank @gqaustralia enough for this incredible honour, and to see me as an elite athlete first and foremost,” he wrote in an Instagram post after the ceremony.

“The Paralympic movement is definitely upon us, and we are here to stay.”