To start 2015 we look ahead to some of the key battles that could highlight the 2015 IPC Swimming World Championships in Glasgow, Great Britain. 04 Jan 2015
Imagen 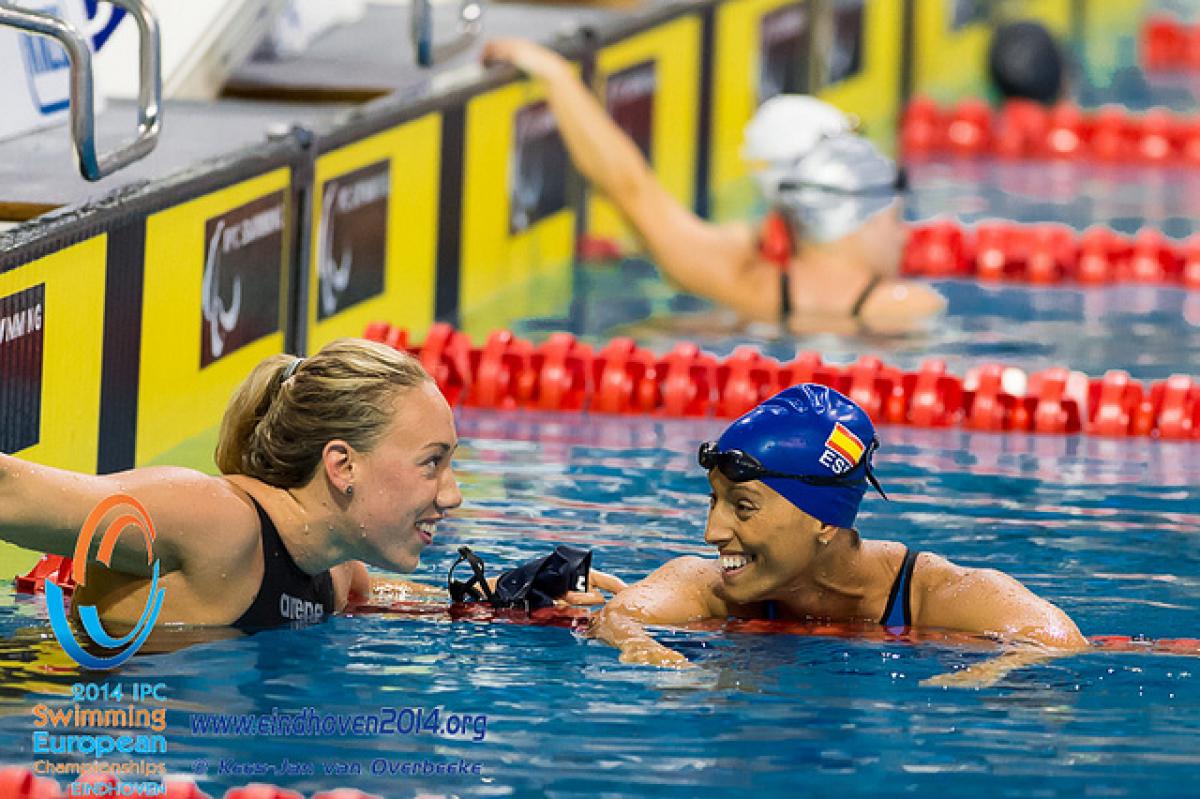 With less than 200 days to go until the 2015 IPC Swimming World Championships in Glasgow, Great Britain, here are eight rivalries that could have everyone talking by the end of July.

1. Great friends duel in the pool

After missing 2013 through injury, Spain’s six-time Paralympic champion Teresa Perales made a successful return at the 2014 IPC Swimming European Championships. The 39-year-old claimed four gold medals in the S5 class and would have won more had she not come up against Norway’s Sarah Louise Rung. Although great friends out of the water, in the pool they are great rivals and Rung also claimed four European titles, pushing Perales into second in two of the races. Perales has yet to win a world title during her illustrious career.

Since 2006, Brazil’s Andre Brasil has been pretty much unbeatable over 50m and 100m freestyle S10 winning gold at Paralympic Games and World Championships. In 2015 he could face his sternest challenge yet thanks to teammate Phelipe Rodrigues who topped the world rankings in both events ahead of Brasil in 2014. The two are likely to contest the podium at July’s World Championships and August’s Parapan American Games in Toronto, Canada.

Since making her debut in 2006, Britain’s Ellie Simmonds has won four Paralympic and seven world titles in the S6 class to become one of the world’s most recognisable para-swimmers. A new rival emerged for the 20-year-old in 2014 however, with Ukraine’s Yelyzaveta Mereshko beating her to two European titles and pushing her close to two others.

4. Growing competition in the S14 class

Dutch Paralympic champion Marc Evers clearly enjoyed competing in home water at the 2014 IPC Swimming European Championships winning three gold medals in the S14 class. But in 2015 he will be up against the world’s best and that includes Japan’s Yasuhiro Tanaka and South Korea’s Inkook Lee who were both gold medallists at the 2014 Asian Para Games.

Aged just 14, Australia’s Maddison Elliott made a name for herself at the 2013 IPC Swimming World Championships beating the USA’s multi-Paralympic and world champion Jessica Long to gold in two of her favoured events. The two will go head-to-head again in the S8 class in 2015 but no-one should discount Great Britain’s Steph Slater who had the season of her life in 2014 winning seven European titles.

Sam may have retired in 2014, but Great Britain’s Ollie Hynd will eventually want to break his brother’s four-year-old 400m freestyle S8 world record. Ollie topped the world rankings in 2014 and was about 1.5 seconds outside the record. With closer competition at his home World Championships in Glasgow, 2015 might be the year he eventually breaks it.

Russia’s Oxana Savchenko has long been the para-swimmer to beat in the women’s S12 class, especially after winning five golds at London 2012. But her absence from the 2013 World Championships opened the door for 20-year-old compatriot Darya Stukalova to win five world titles.

The two went head-to-head at the 2014 Euros with the relative newcomer coming out on top, winning five gold medals. Savchenko meanwhile had to settle for three bronze medals.

8. Dmytro Vynohradets has a rival in the S3 class

At the 2013 IPC Swimming World Championships, Ukraine’s Dmytro Vynohradets was in sensational form winning six gold medals in the eight races he competed in. He followed it up in 2014 with seven European titles. Next year though he should keep an eye out for Byeong-Eon Min after the South Korean finished ahead of him in the world rankings in a number of events.