Swimmers will return to the Pieter van den Hoogenband Stadium on their road to the 2015 IPC Swimming World Championships in Glasgow, Scotland. 29 Jan 2014
Imagen 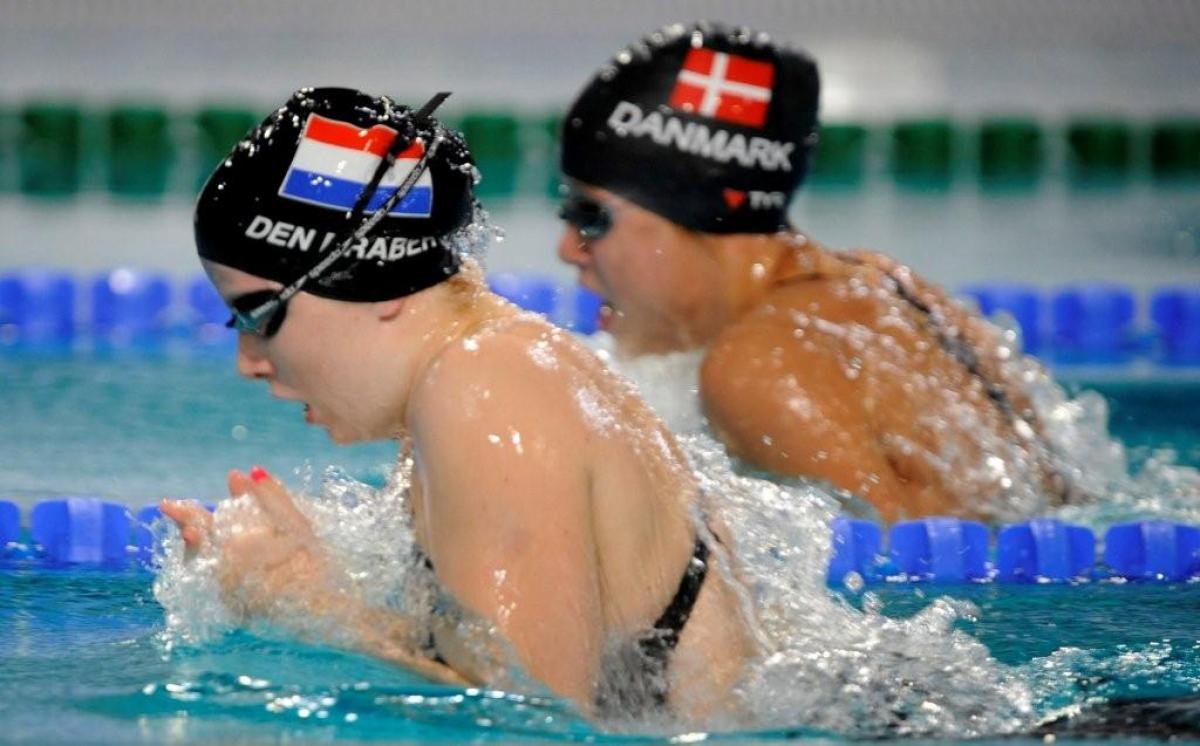 IPC Swimming has announced that the 2014 IPC Swimming European Championships will be staged in Eindhoven, the Netherlands from 4-10 August.

It is expected to draw 500 athletes from nearly 40 countries looking to put in strong performances ahead of the 2015 World Championships in Glasgow, Scotland, and two years into their preparations for Rio 2016.

The competition at the Pieter van den Hoogenband stadium will be held in the same venue as the 2010 World Championships.

Xavier Gonzalez, International Paralympic Committee (IPC) Chief Executive Officer said: “We are delighted that Eindhoven will be the venue for the prestigious 2014 European Championships and are pleased to be working with them again to organise a major championships.

“The pool has long been a top-quality destination for elite-level swimming competitions and we are glad to be able to continue that legacy.

“We expect competition to be fierce ahead of the 2015 IPC Swimming World Championships in Glasgow and following on from the last Euros in Berlin, where 31 out of the 36 participating countries took home at least one medal.”

Erik van Heijningen, President of the Royal Dutch Swimming Federation said: “We are happy to welcome the athletes, staff and fans from all over Europe in Eindhoven this summer. Dutch Paralympic swimmers have been very successful and it is wonderful for them to compete on an international level in their own country. We expect a lot of ‘Orange fans’ to support them.’’

Dutchman Marc Evers is expected to star for the host nation having picked up three world titles in Montreal this Summer and a gold and bronze medal at the London 2012 Aquatics Centre. Holder of two European titles, he will be aiming to impress at the stadium named after his swimming idol and the pool where he claimed his first international podium back in 2010.

The last IPC Swimming European Championships took place in Berlin, Germany, in 2011. Around 440 swimmers from 36 countries set an incredible 59 European records, 31 of which were world marks. Ukraine stormed the medals table with a total of 105 medals, 41 of which were gold. Their nearest competitors, Great Britain, just beat Spain to second place by one medal with 27 golds.

Netherlands fans during the 2010 IPC Swimming World Championship in Eindhoven

Start of a race at the 2010 IPC Swimming World Championships