Facundo Arregui looks back on his short career so far 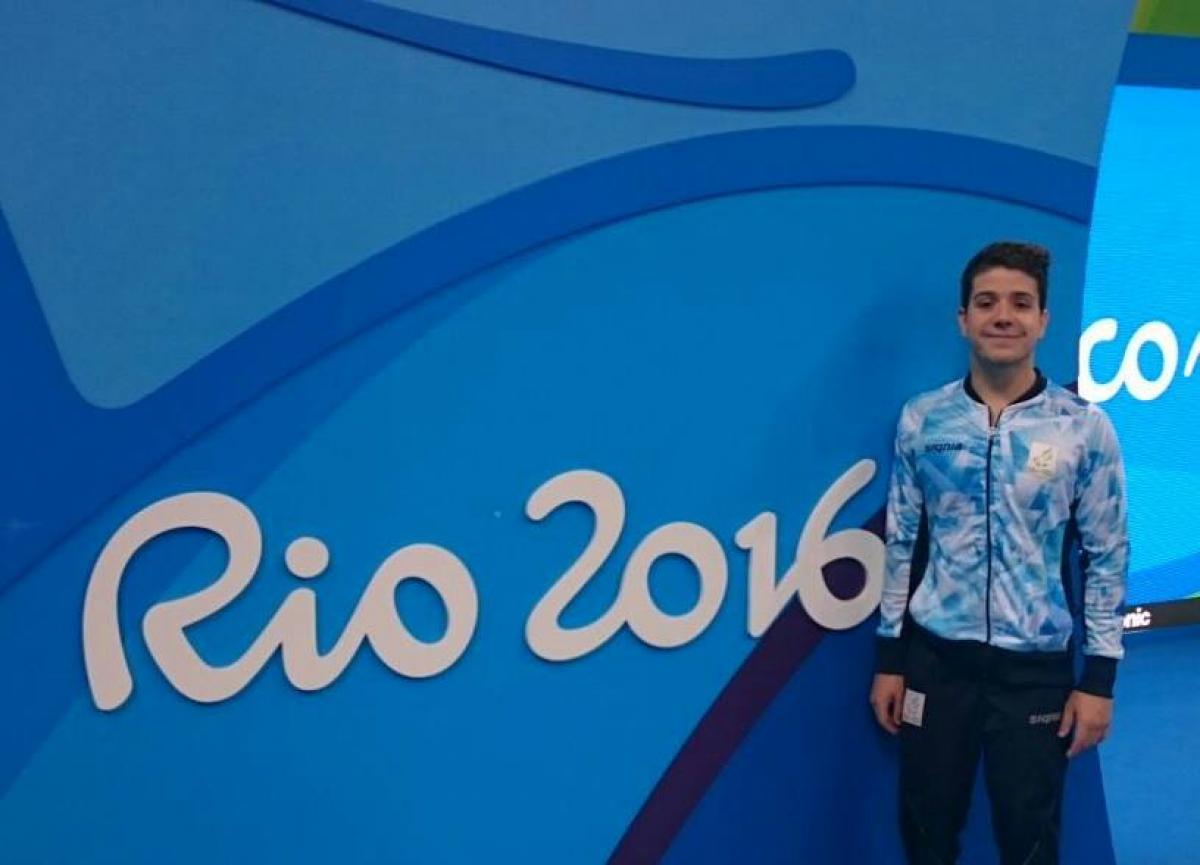 Argentinian swimmer Facundo Arregui made his Paralympic debut at Rio 2016.

Facundo Arregui was a young 15-year-old swimmer when he sprang a surprise by winning multiple medals at the Buenos Aires 2013 Youth Parapan American Games, launching a short but successful career which would later take him to the Rio 2016 Paralympics.

Four years after making his international debut, the Argentinian explains why that first competition on home soil was fundamental in his life, with 50 days to go until the Sao Paulo 2017 Youth Parapans.

“Buenos Aires 2013 was a great and very well organised event,” said Arregui, who won three golds and one silver in the Argentinian capital city.

“I have some incredible memories from that competition, which was very important for me because it was my first one and gave me the motivation to move forward.

“Winning those four medals proved to me swimming was my thing.”

Only two years later, Arregui sealed one gold in the men’s 400m freestyle S7 and one bronze in the 4x100m freestyle relay 34pts at the Parapan American Games in Toronto, Canada.

“Toronto 2015 was a unique experience, with a superb level and organisation. The gold medal is my major achievement so far,” said the 19-year-old.

“It was a magical event where I lived one of the happiest moments of my life.”

Showing a rapidly improving form, Arregui qualified for his first Paralympic Games in Rio, Brazil, in 2016.

“Since competing at Buenos Aires 2013, I have learned many things and have become a much better swimmer,” he said.

Despite not climbing onto the Paralympic podium on his debut, Arregui left the Brazilian city satisfied and convinced the best is yet to come.

“My experience in Rio was really good, I achieved my main goals and left with many beautiful memories,” he said.

“I will compete at this year’s World Championships in Mexico city, from 30 September-7 October, where I seek to lower my times and hopefully win a medal.

“Further ahead, I will train hard to reach the Tokyo 2020 Paralympics in an even better form than to Rio 2016. My biggest dream is to make it to the Paralympic podium and I will do everything I can to achieve that.”

The last edition of the Youth Parapan Ams was held in Buenos Aires, Argentina, in October 2013, attracting more than 600 athletes from 16 countries, who competed across 10 sports.

Brazil topped the medals table and 15 countries reached the podium at least once.