Ahead of the Rio 2016 Paralympic Games, the Spanish Paralympic team tested their skills against the likes of Lionel Messi. 08 Sep 2016
Imagen 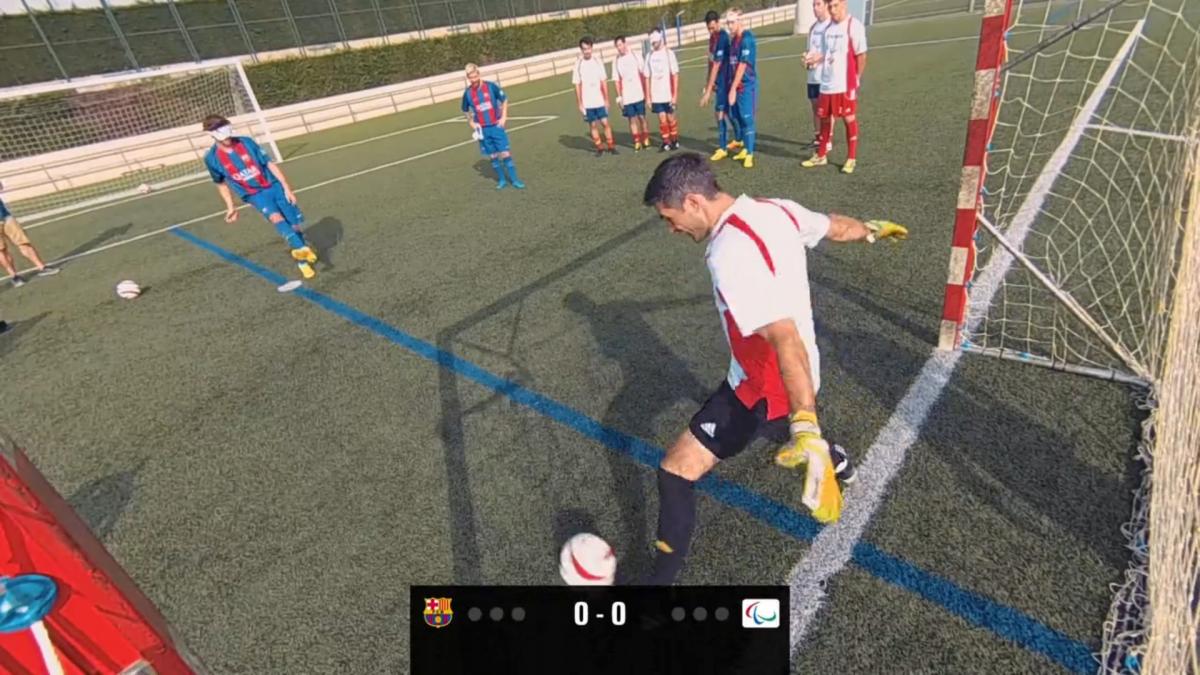 A new video featuring star-football players from FC Barcelona and the Spanish National 5-a-side blind football team was released today to celebrate the importance of inclusive play for children and the beginning of the Paralympic Games in Rio de Janeiro, Brazil.

The video features five FC Barcelona footballers, including Lionel Messi, playing blindfolded against Spain’s 5-a-side Paralympic football team. It is a collaboration between UNICEF, the FC Barcelona Foundation and the International Paralympic Committee (IPC) to show the power of sports to level the playing field for everyone.

The video will be shown at sporting venues throughout the Paralympic games, which run until the 18 September, including at Spain’s first 5-a-side match against China tomorrow afternoon.

“The Paralympic Games prove that ability, not disability, defines what a person can accomplish and this video shows that there should be no limits on what a child can aspire to -- in sport, in school or in life,” said UNICEF Executive Director Anthony Lake. “UNICEF is proud to work alongside our beloved Barça to give so many more children the chance to play, to learn and to make the most of their abilities - and thus, their lives.”

The IPC President Sir Philip Craven said: “Thanks to this collaboration with UNICEF and the FC Barcelona Foundation, this video shows the skills and prowess of visually impaired footballers as they take on their idols. It is clear from the response of Messi, Busquets, Masip, Rakitic and Roberto that they find playing without sight very challenging. This highlights just how impressive football-5 players are, and the pin-point accuracy required to take a penalty kick without one of your most important senses.

“We hope it can show youngsters around the world that they too can do amazing things and that they have the same right to play as anyone else.”

This week marks the 10th Anniversary of the UNICEF-FC Barcelona Foundation partnership. Over the last decade, the partnership has reached over a million boys and girls with access to education, sport and play for children who might otherwise be excluded. This work includes the “Open Doors” programme which operates in 15 cities across Brazil promoting inclusive education to girls and boys with disabilities.

“Here at the FC Barcelona Foundation, we aim to extract the full potential of sport as a tool for inclusion, and especially that of children with disabilities. The “Open Doors” project that we are running in Brazil in conjunction with UNICEF and the Rodrigo Mendes Institute has set new standards in this field. Here at the FCB Foundation we are committed to continuing our work on projects like this that help us to make our philosophy tangible and to construct a fairer and more inclusive society for the most at-risk groups,” says First Vice-Chairman of the FC Barcelona Foundation Jordi Cardoner.