Fernandez aims to relive his best moment at Toronto 2015

The world No. 4 wheelchair tennis ace won gold at the 2011 Parapan American Games and hopes to do the same this August. 16 Mar 2015
Imagen 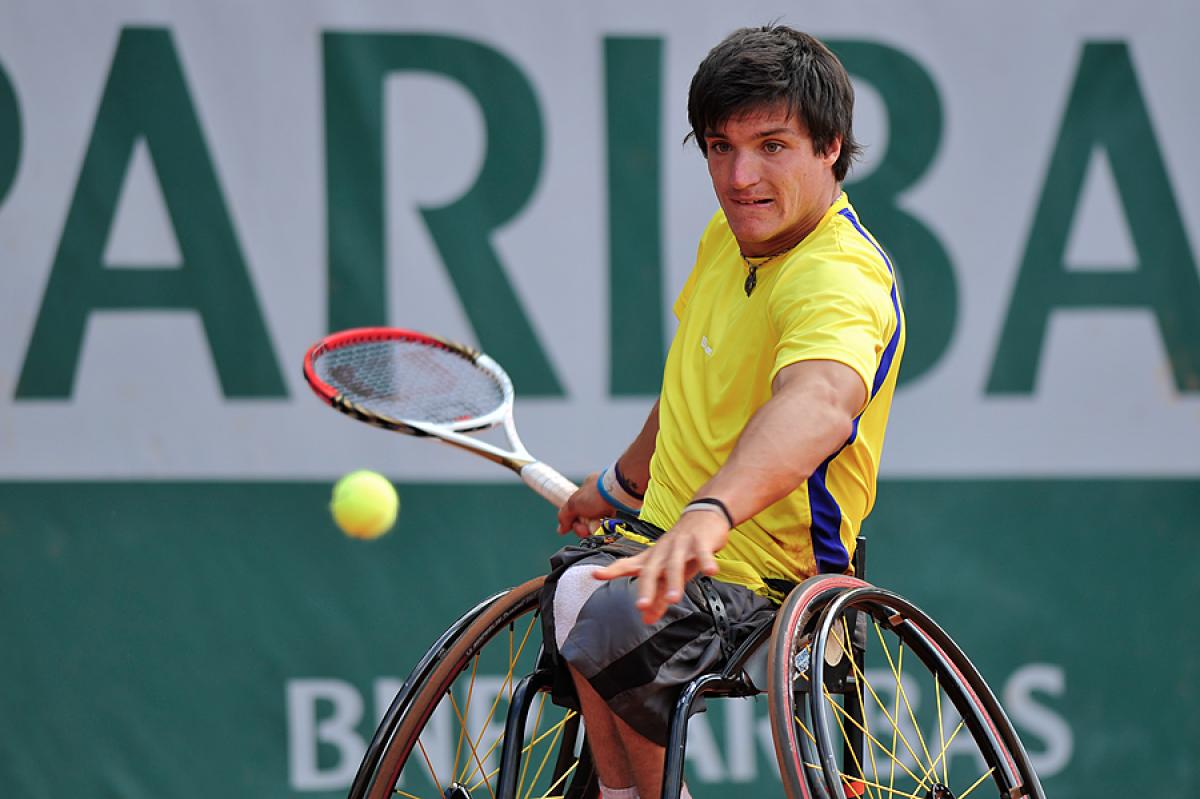 Argentina's Gustavo Fernandez is the world No. 4 wheelchair tennis player

ⒸLuc Percival
By Andrew Cross | For the IPC

“I have to keep learning, keep working. I know I’m on the right path, but I have to do more and more.”

With less than 150 days to go until the Toronto 2015 Parapan American Games in Canada, Argentina’s wheelchair tennis ace Gustavo Fernandez cannot wait to be playing at the tournament that led to one of the best moments in his career.

Fernandez was just 17 when he powered to victory in Guadalajara, Mexico, not dropping a single set throughout the single’s competition. In the final he beat fellow countryman and double’s partner Agustin Ledesma 6-2 6-2.

“Winning the Parapan American Games was one of the strongest feelings and one of the happiest days in my life. I’m really looking forward to it,” said the 21-year-old.

“It’s one of my career highlights. They did an amazing job with the organisation [of the tournament]; the crowd was unbelievable and the week was perfect.”

Now four years on, the world No.4 is the favourite to win a second successive Parapan American Games gold medal. The right-handed star is looking to use that pressure to repeat his performance and claim another title in his young career.

“It has been four years since I won that gold and I think I have improved a lot. I’m a totally different player today, but I know it’s going to be really, really hard.

“You always have that pressure to win, but that’s the fuel. That pressure is what makes us play better tennis. My job is to be ready for it and when I have the chance, take it.”

The Games in Toronto come 12 months before the Rio 2016 Paralympic Games and give athletes a chance to experience a roaring atmosphere before the biggest event in the para-sporting world. But there is a lot of tennis to be played before the Rio Games get underway and Fernandez has had a busy 2015 so far.

At January’s Australian Open in Melbourne he lost in the semi-finals to the eventual champion Shingo Kunieda of Japan, a defeat that left him demoralised.

“I was very disappointed that day. I was playing amazing and I felt that I could keep playing like that. I stopped doing what makes me good and that’s something that I shouldn’t do,” explained Fernandez.

“I have to keep learning, keep working. I know I’m on the right path, but I have to do more and more.”

Fernandez bounced back after Melbourne with his first title of the year at the ABN Amro World Wheelchair Tennis Tournament in Rotterdam, the Netherlands.

He is now preparing for the next Grand Slam of the year at Roland Garros, Paris, in May and June.

“The next Grand Slam is my favourite because it is on clay and I feel better on there than on the other surfaces, but I love all the slams and I’m going to try to fight in them all,” said Rio Tercero-born Fernandez

At the age of 21, Fernandez is one of the youngest athletes on the tour and is still learning and developing his game.

“I have a lot of tournaments this year and next year. The idea is to get physically, mentally and my tennis ability at 100 per cent. I’m going to work very hard to get my tennis more consistent,” she said.

The Toronto 2015 Parapan American Games will take place between 7-15 August. Around 1,600 athletes from 28 countries will compete in 15 sports, all of which are Rio 2016 Paralympic Games qualifiers. Tickets go on sale on 23 March. 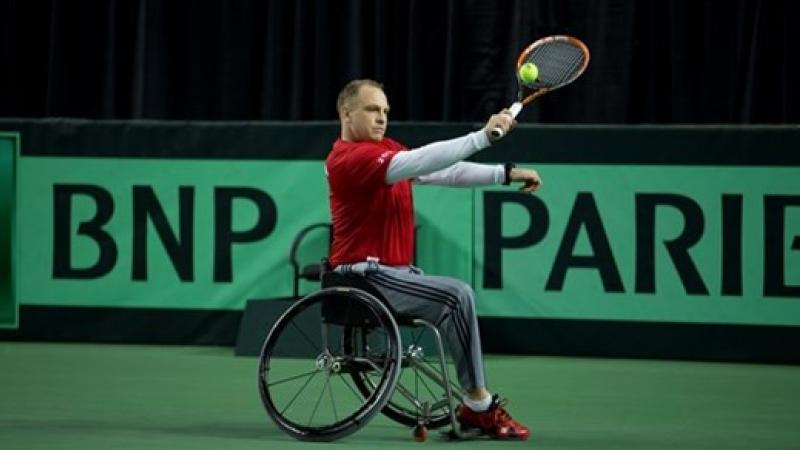