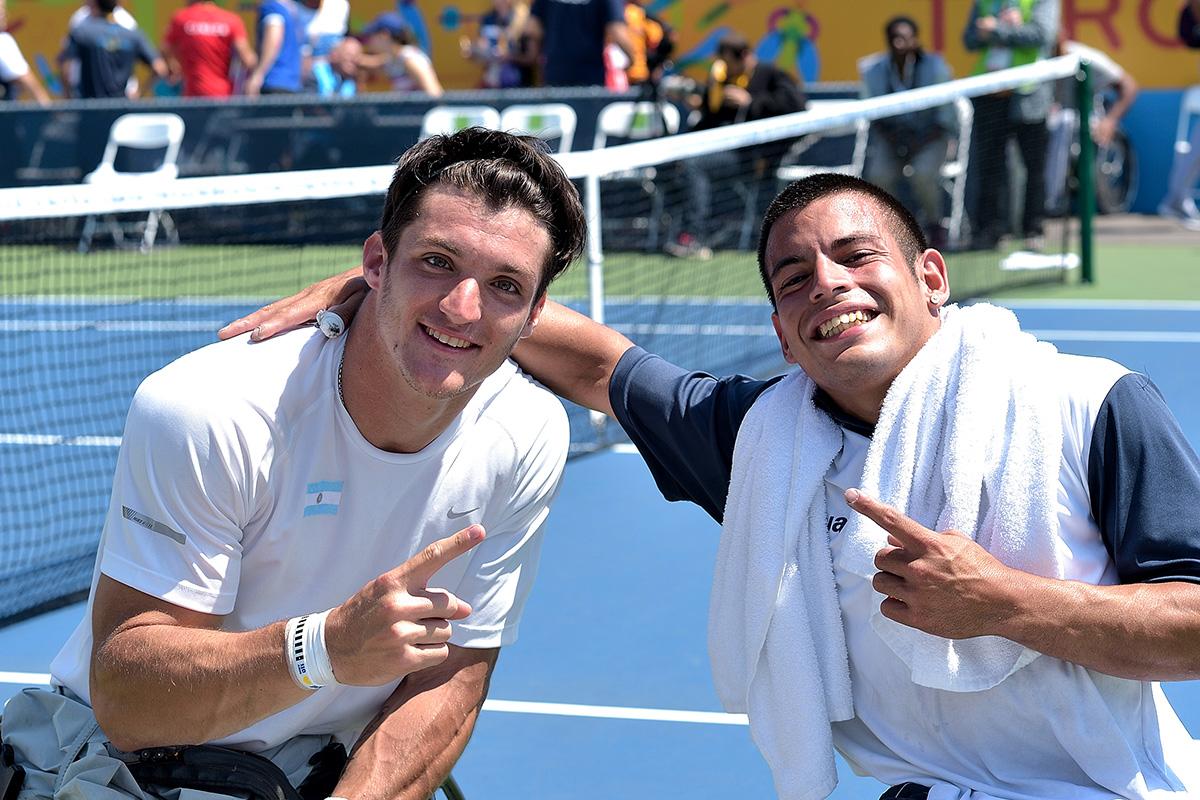 Argentina was dominant from the beginning of the match and won the first set 6-2. With the scores level at 2-2, the Argentine pair then forced the tie and won the next four games to seal the gold within 73 minutes.

“It is amazing to be here. This is indescribable. I am so happy,” said Fernandez. The 21 year-old got his revenge four years after losing Guadalajara 2011’s men’s doubles final in tandem with Agustin Ledesma against the USA’s Rydberg and Stephen Welch 6-2, 6-3.

Fernandez also hopes to retain the singles title on Friday when he plays the USA’s Jon Rydberg. “I am not tired, but prepared for it,” he assured.

“My dream has come true,” he said.

Before, the Argentinians took gold, they beat the USA’s Rydberg and Steve Baldwin 7-6, 6-2 in the semi-finals and Chile’s Francisco Cayulef and Robinson Mendez 6-3, 4-6, 10-2 in the quarter-finals.

Despite Rodrigues and Santos’ loss, they both agreed that their mission was accomplished. “The colour of the medal does not matter, but what is important is that we could win another one for Brazil,” Santos assured.

Gold in the women’s doubles went to Brazil’s Rejane Candida and Natalia Mayara after they beat Colombia’s Angelica Bernal and Angelica Johana Martinez in a three set thriller. The final score was 6-2 2-6 10-8.

The women’s bronze medal match was won in straight sets by the US pairing of Emmy Kaiser and Kaitlyn Verfuerth. They beat Chile’s Macarena Cabrillana and Francisca Mardones 6-1 6-2.