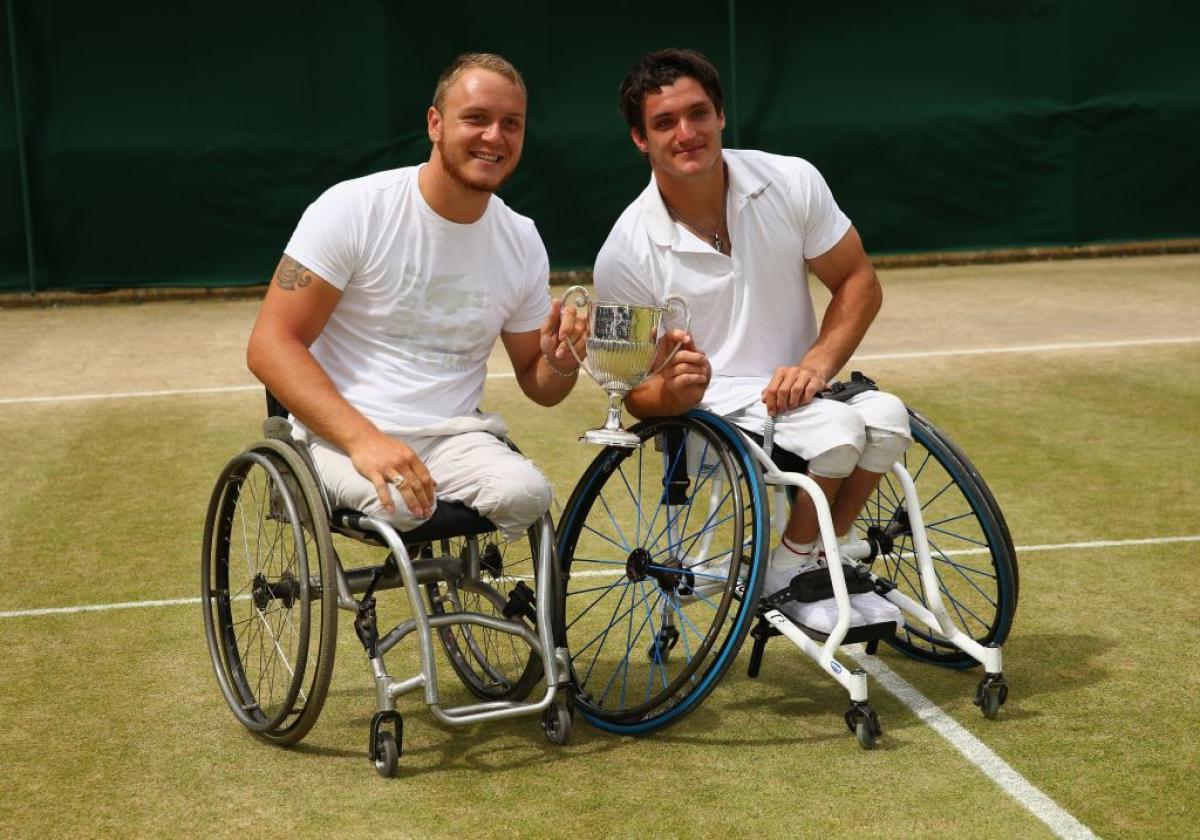 Nicolas Peifer of France and Gustavo Fernandez of Argentina pose with the winners trophy after the Final Of The Wheelchair Gentlemen's Doubles against Gordon Reid of Great Britain and Michael Jeremiasz of France during day thirteen of the Wimbledon Lawn Tennis Championships at the All England Lawn Tennis and Croquet Club on July 12, 2015 in London, England.

“To finally win, it is a dream; I finally have that pleasure.”

The Argentinean, who teamed with France’s Nicolas Peifer, upset the second-seed tandem of France’s Michael Jeremiasz and Great Britain’s Gordon Reid 7-5, 5-7, 6-2. They also upset top seeds Stephane Houdet of France and Shingo Kunieda of Japan on Saturday (11 July) to reach the finals.

“In the past, when I took the shot when I had match points, we lost,” Fernandez said. “I knew I had to do it, and this time I got it in.”

Fernandez has played in three Grand Slam doubles finals, including the past two years at Roland Garros. This was also his first time playing in Wimbledon, and the win drew him to tears.

“Yes, it is very emotional,” he said. “I am very happy because it has been a lot of years of hard work and travelling. To finally win, it is a dream; I finally have that pleasure.”

For Peifer, who won the doubles title at 2011 Roland Garros and US Open, this first Wimbledon victory was special.

“We have played many tournaments together, and he is a very good partner,” Peifer said.

Jeremiasz and Reid were able to challenge Fernandez and Peifer in the second set, winning the final three games of that set to push the match into a decisive third set.

In that third set, however, Jeremiasz and Reid ran out of energy, falling behind 5-1. It appeared Saturday’s semi-final win, 7-6 (9), 3-6, 7-6 (4), against Belgium’s Joachim Gerard and Great Britain’s Alfie Hewett had drained them.

“We made a lot of mistakes (on Sunday) and did not play the break points well,” Reid said.

In the women’s doubles competition, the top seeds and defending champions of Japan’s Yui Kamiji and Great Britain’s Jordanne Whiley held to form to capture a 6-2, 5-7, 6-3 victory over the Dutch second seeds Jiske Griffioen and Aniek van Koot.

The champions struggled at the outset of the third set, falling behind 3-2 when both Kamiji and Whiley lost their opening service games in the set. But from that point, the defending champions won the remaining games to take the title.

“The third set was so hit-and-miss, and we did not get off to the greatest start in that set,” Whiley said. “It was really nerve wracking and I actually felt really sick. … Yui and I really wanted it because it was very important to us.”

Kamiji and Whiley had fallen to the Dutch duo last month in the Roland Garros doubles finals, which ended their string of winning five consecutive Grand Slam doubles titles together.

“We really wanted to win (Sunday) just to show everybody, and them, that we are not going down just because you beat us once,” Whiley said.

Said Griffioen: “For a long time, it did not really look like it was going to be a match because we were 6-2, 3-0 down, so we were really pleased to fight back. … In the end, it was not enough. We were 3-2 up in the third set, but we did not play enough balls after that.” 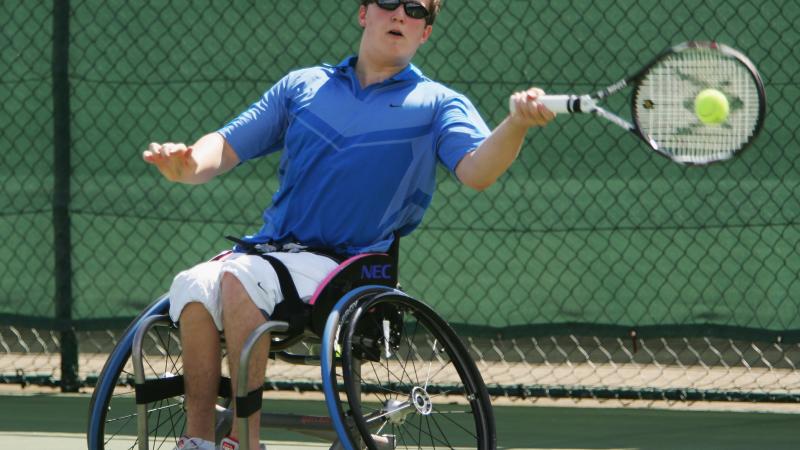 Wheelchair Tennis
Brits to play each other in Wimbledon semi-finals