I love the sport and being able to represent my country at the Paralympic Games is something that fills me with emotion.”

In just under three years’ time, Para taekwondo will make its historic Games debut at Tokyo 2020. For many athletes who have been competing in the sport, those Paralympics cannot come soon enough.

Argentina’s Facundo Andres Novik, ranked No. 9 in the men’s under 61kg K44, recalled the time when he learned the news back in 2015.

“I was waiting all day for the moment,” Novik said. “It happened at dawn in my country, so I just woke up and I called my coach. I love the sport and being able to represent my country at the Paralympic Games is something that fills me with emotion.”

Denmark’s three-time world champion Lisa Gjessing had similar feelings: “It will be great to be part of the Opening Ceremony – the fellowship among the athletes, the special spirit.”

The announcement of the sport being included in Tokyo 2020 has accelerated the competitiveness and growth of the sport, with up-and-coming athletes looking to challenge the current top fighters.

The number of athletes on the world rankings has virtually doubled since the sport’s acceptance to the Paralympics in January 2015. There are now 225 men in the rankings (up from 113) and 61 women (up from 28). These athletes represent 55 countries, up from 32 at the time of the announcement.

While fighters from Turkey, Iran and Mongolia have traditionally dominated the rankings, they are being pushed by athletes from around the world such as Croatia, the USA, Argentina and Rwanda.

The next chance for these young fighters to make their mark is the 2017 World Para Championships on 19 October in London, Great Britain. The World Championships are a G10 event in the world rankings – the highest available – so a record number of competitors and spirited fights are expected.

Morocco’s champion Mohammed Aatif is looking to challenge the frontrunners, particularly three-time men’s up to 75kg K44 world champion Mahdi Pourrahnamaahmad. But he also wants to do more than fight on the mat.

“Of course my goal is to represent my country at Tokyo 2020,” Aatif said. “But my long-term goal is to contribute to the development of the sport.”

The USA’s Evan Medell won the Oceania and Pan American titles this year and is currently ranked No. 5 in the over 75kg K44 division. He attributed the sport’s growth to its inclusion in the Paralympic programme. 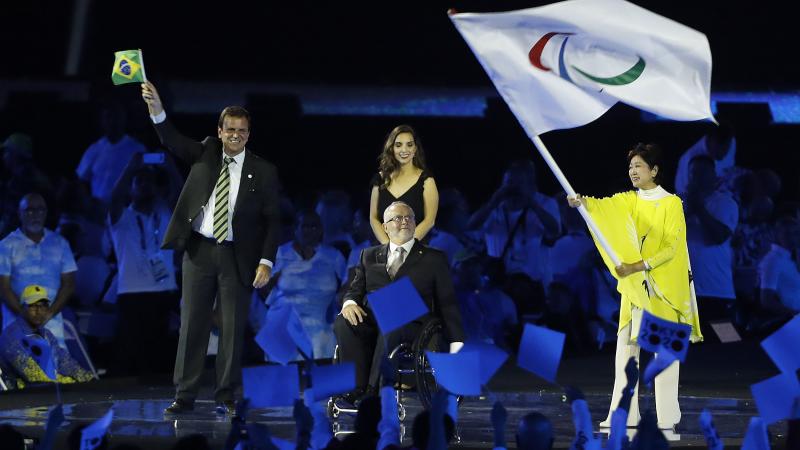