After 10 days of emphatic swimming, the competition in the pool reaches its climax with the men’s 100m breaststroke SB9 and 4 x 100m medley relay 34 points. 08 Sep 2012
Imagen 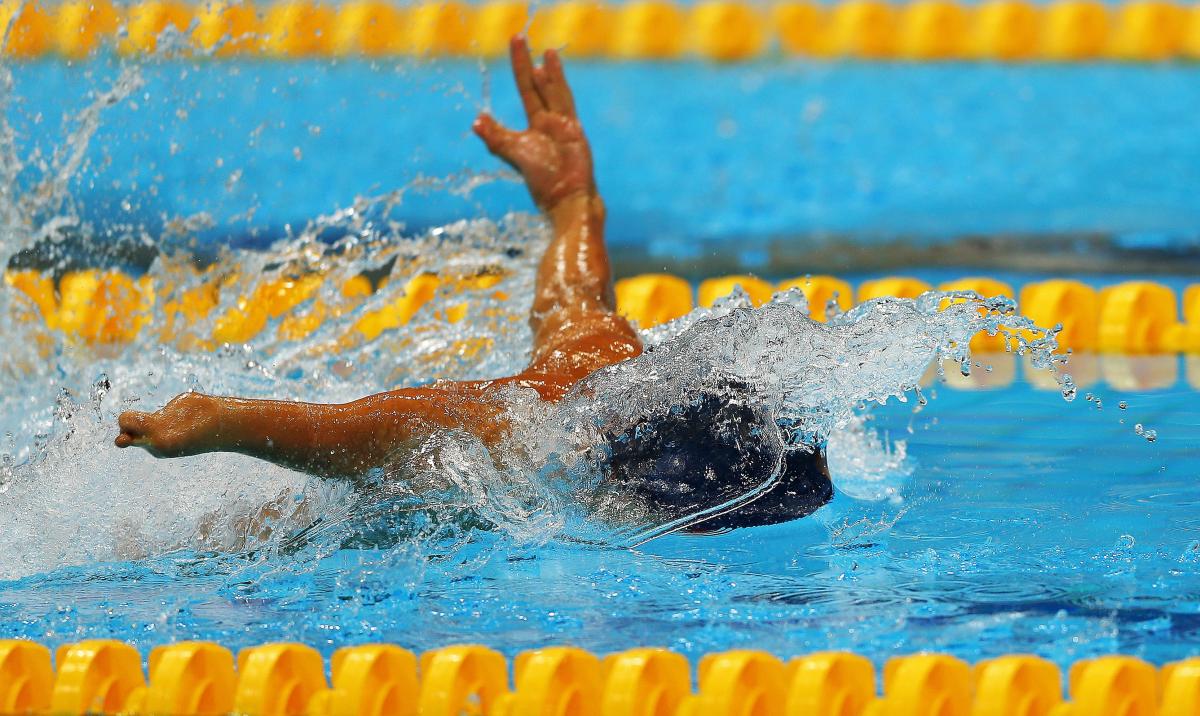 The swimming reaches its climax today with fans being treated to an abundance of emphatic swimming across the last ten days.

Spectators have filled the Aquatics Centre in drones, with each and every one being treated to the spectacle of world and Paralympic records being broken by some of the top athletes to grace the sport.

And fans are likely to be treated to the same once again as the top swimmers give it their all in the last chances to grab a Paralympic gold medal – with 15 more still to play for.

The first race of the day is the men’s 100m breaststroke SB9, with Paul Kevin being the one to watch as he sets about the retention of his crown from Beijing.

But arguably, you can anticipate the most exciting race to come in the men’s 100m freestyle S6. Ukraine’s double gold medallist Yevheniy Bohodayko will be facing off against Chinese sensation medallist Xu Qing.

Whatever the outcome, Bohodayko is set for a hero’s welcome when he returns to his native Ukraine and has attributed family support as a reason behind his success.

He said: “My parents support me a lot. We speak to each other every day on the phone. I'm sure there will be a lot of congratulations for a long time when I get back to Ukraine."

Undoubtedly, the Great British crowd will be sent into raptures when Ellie Simmonds emerges to the blocks for a fourth and final time.

The 17 year-old swimmer already has two golds and a bronze to her name, and will be looking to continue this success in the women’s 100m freestyle S6 – an event she won in Beijing four years ago. Catch her in the heats at 9:57, with the potential final being at 17:51.

There has been consistent sparring throughout these Games between Spain’s Teresa Perales and Norway’s Sarah Louise Rung, with the latter coming out largely on top.

Despite winning two silvers and two bronzes at these Games, this will be Perales’ last chance to win the gold she is desperate for.

The 36 year-old recently stated how much the perception of the Paralympics has changed, she said: "People's perception has changed. I've been competing for many years. At first they looked at me with pity, now they stop me in the street to ask for an autograph."

Brazilian’s Daniel Dias and Andre Brasil have electrified the Aquatics Centre this week, with some emphatic swimming that has seen them scoop eight golds between them.

And both are back in action again tomorrow; with Dias entering the water first in the men’s 100m freestyle S5 heats before joining Brasil in the heats of the men’s 4 x 100m medley relay 34 points.

The relay proves to be an exciting affair with some of the best male swimmers exchanging blows. Australia will be favourites as they posted the strongest qualifying time coming into the Games, but will face extreme competition from the likes of Russia, Ukraine, Great Britain and of course Brazil.

The final at 20:45 will be the last ever race to be swum in the impressive Aquatics Centre, and it’s certainly one not to be missed.