The focus of the Paralympic Movement’s official magazine this edition is the growth of Paralympic sport in Ukraine and how it currently coping with difficult times. 05 Dec 2014
Imagen 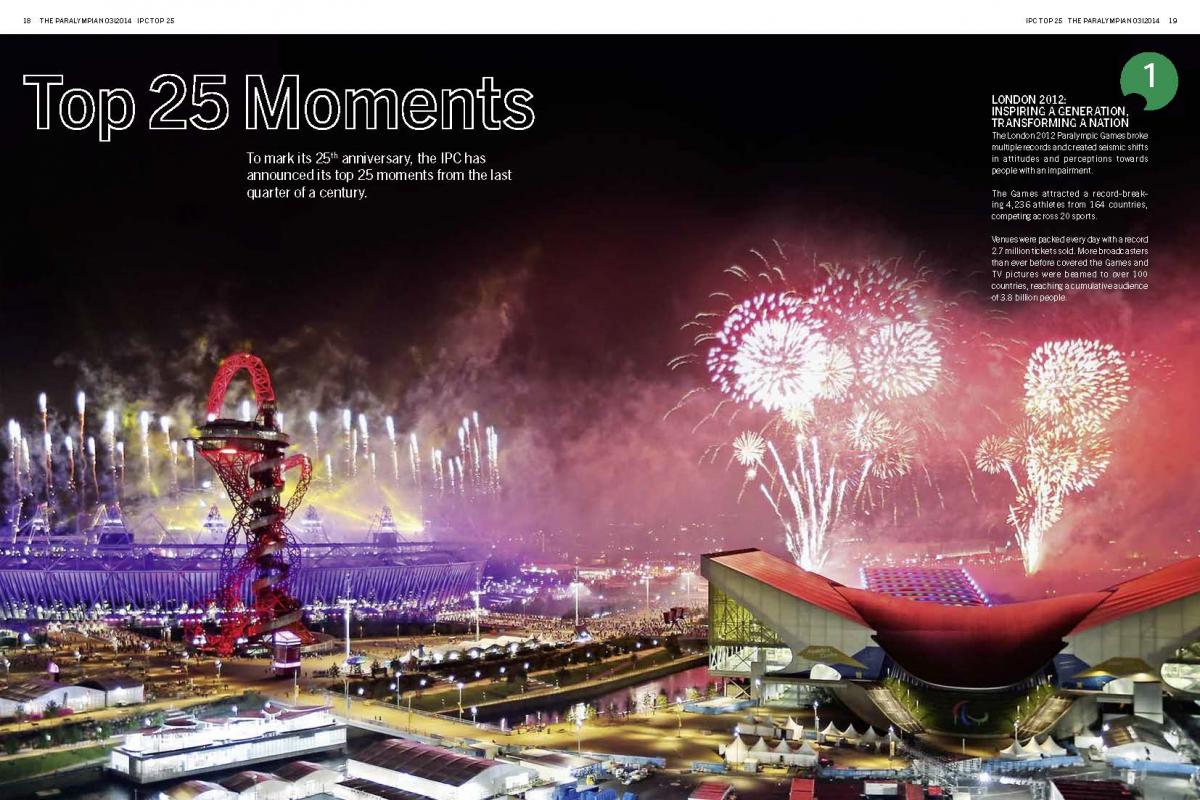 The bumper 40 page issue’s lead article is on the growth of Paralympic sport in Ukraine, charting how the nation has risen from 44th in the medal table at its debut Paralympic Games in Atlanta in 1996, to finishing fourth at Beijing 2008, London 2012 and Sochi 2014.

The magazine also explores the role the IPC and Russian Paralympic Committee played in ensuring that the Ukrainian National Paralympic Committee can continue to use its state of the art high performance training centre in Crimea, despite Russia annexing the region earlier this year.

With the IPC having celebrated its 25th anniversary in September, this edition also features the results of the Top 25 Moments campaign which took place earlier this year to find the 25 best moments from within the Paralympic Movement from the last quarter of a century.

There is a look back at October’s IPC Gathering in Berlin, Germany, whilst the Issue of the Season considers how the IPC and Paralympic Movement can develop further over the next 25 years.

As always there is a recap of the last months of sport which included 12 World and three regional Championships, as well as a look ahead to four major winter sport events which will take place early next year.

There is a full round-up of news from around the Paralympic Movement and Ukraine’s Ihor Reptyukh and Canada’s Mark Arendz preview January’s IPC Nordic Skiing World Championships in Cable, USA.