Five things we learned about wheelchair tennis at Rio 2016 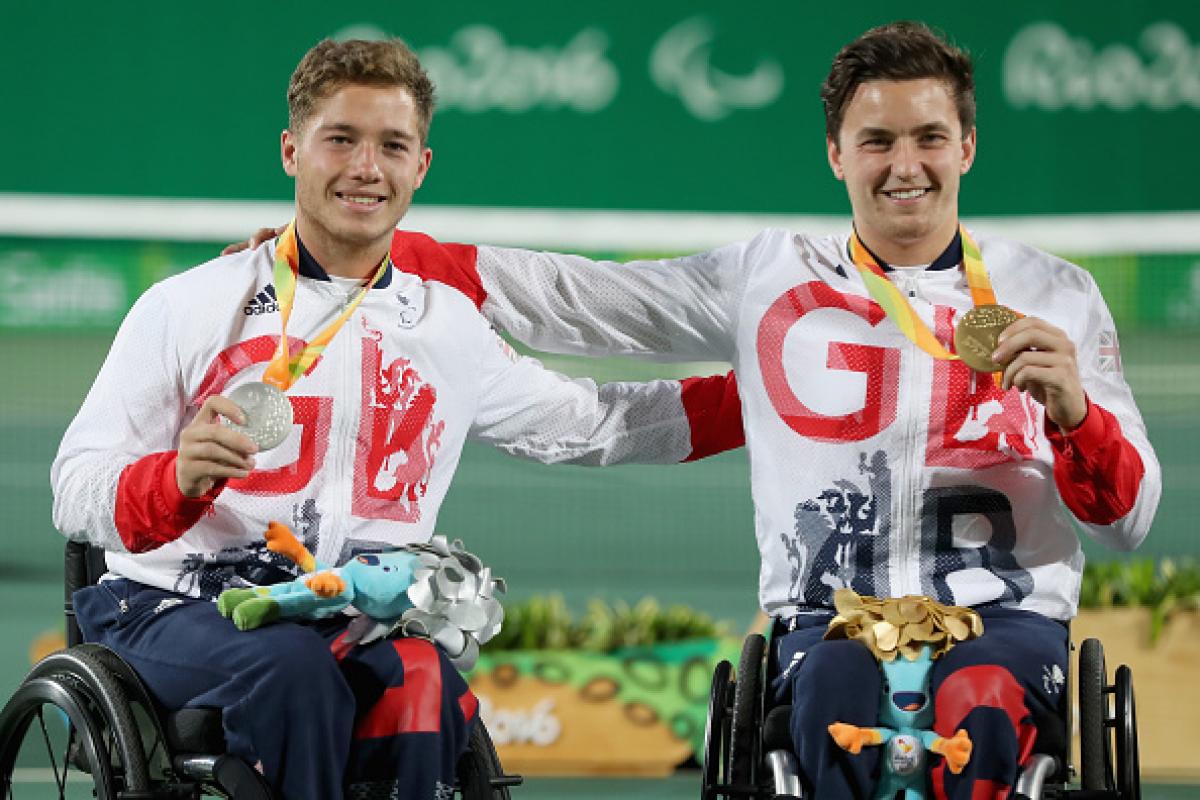 (L to R) Silver medalist Alfie Hewett and gold medalist Gordon Reid, both of Great Britain, pose for photographers at the medal ceremony for the Men's Singles Wheelchair Tennis during day 9 of the Rio 2016 Paralympic Games at the Olympic Aquatics Stadium.

During eight days of wonderful wheelchair tennis action, the tennis stars dazzled the world with their skills, passion and – in many cases – sheer endurance.

Here are five things we learned about wheelchair tennis from its seventh Paralympic Games.

1. Great Britain have a pair of history boys

Four years ago Gordon Reid and Alfie Hewett never dreamed of making the men’s doubles final; Hewett was a fan watching from the stands and Reid was knocked out in the quarter finals.

However, after joining forces and claiming Wimbledon Grand Slam doubles success, they then went on to become the first British pair to make a doubles gold medal match as they took silver behind the experienced French top seeds.

The history boys were not done there as they then went on to compete against each other in the singles final, an all-British gold medal match.

Hewett’s only Grand Slam appearance was at this year’s Wimbledon, whilst Reid’s first Grand Slam singles wins were also in 2016 at the Australian Open and Wimbledon.

A fantastic achievement for both players in such a short space of time as Reid won gold and Hewett claimed the silver.

2. Alcott is officially a master of two Paralympic sports

The Australian marked his tennis debut with two gold medals. The first was in the quad doubles alongside best friend Heath Davidson as they ended USA’s three Paralympics gold medal streak, whilst the second gold came in the quad singles against Great Britain’s Andy Lapthorne.

The Netherlands continue to dominate in the women’s wheelchair tennis as they claimed their seventh successive singles and doubles gold medals.

It was also the Netherlands’ seventh successive gold and silver in the women’s singles as Jiske Griffioen beat Aniek van Koot in the final, whilst the doubles gold medal match consisted of two Dutch duos for the third Games in a row.

4. We have a new record for the longest ever match

The longest wheelchair tennis match took place at this year’s Paralympics between Great Britain and Israel in the quad doubles semi-final.

After a 44-minute first set, which Itai Erenlib and Shraga Weinberg won, you would not have imagined that the contest would go on for another three hours and 41 minutes – but it did.

Andy Lapthorne and Jamie Burdekin fought back to claim a 110-minute second set 6-4, before they went on win the deciding set in a tie breaker 7-6(2).

A new record of four hours and 25 minutes in a match played in 37C heat – more proof of why these athletes are ‘superhumans’.

Rio 2016 was a time for change in wheelchair tennis as no athletes from London 2012 defended their Paralympic title.

The Netherlands may have won the women’s singles and doubles once again, but it was a new pairing and a new singles champion.

Japanese star Shingo Kunieda could not defend his singles title and USA’s quad doubles success from the last three Paralympics ended in Rio, where they took silver.

Israel’s Noam Gershony did not compete in Rio so a new quad singles champion was awaiting, and France claimed their second men’s doubles gold after their first in 2008.