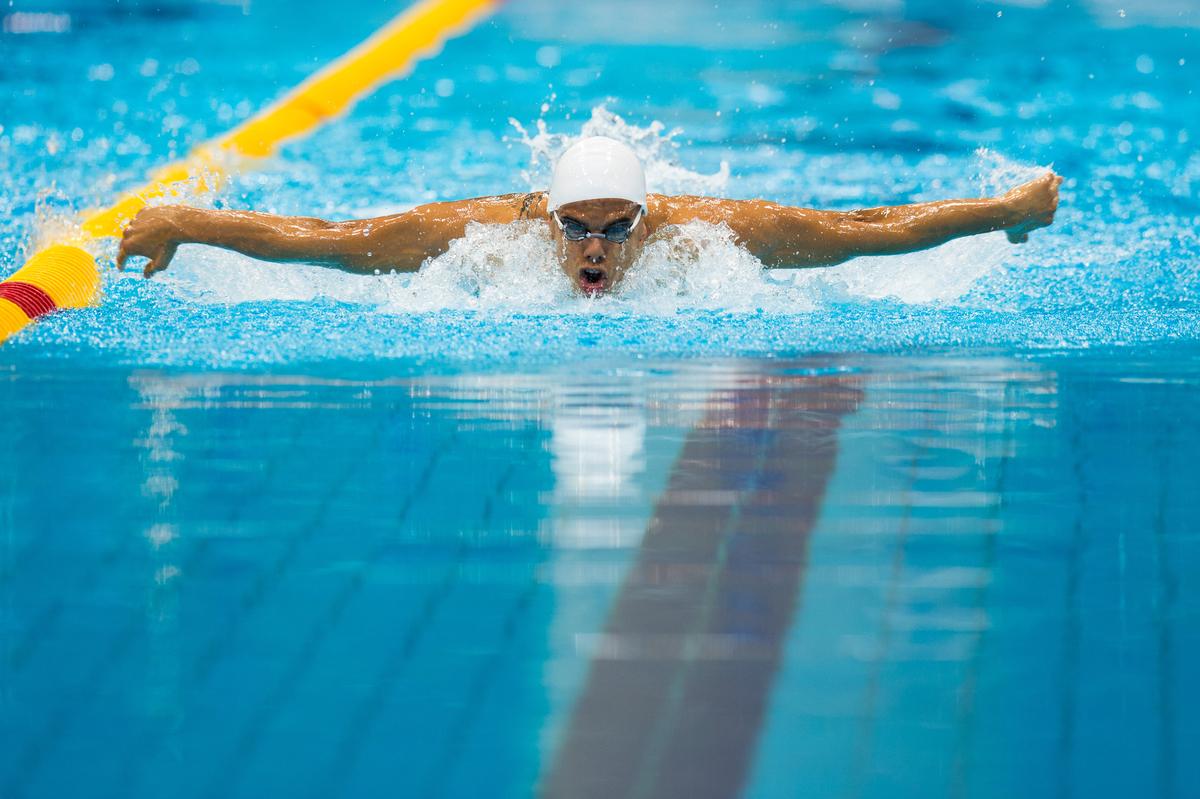 Brazil will be looking for a very strong performance in the headline race of the men’s 4x100m freestyle 34 point relay, with a team that will feature powerhouses Daniel Dias and Andre Brasil.

With 45 gold medals distributed and copious world and Paralympic records broken at the Aquatics Centre, the pedestal has been set high for Day 4 (2 September).

But with a further fourteen gold medals on offer across 43 exhilarating races in seven different disciplines, the fans would be foolish not to expect largely the same.

Day 4 also brings about a fan favourite with the start of the relay races. Brazil will be looking for a very strong performance in the headline race of the men’s 4x100m freestyle 34 point relay, with a team that will feature powerhouses Daniel Dias and Andre Brasil.

Dias is hoping that the support of his family at the Aquatics Centre can spur him on to success in the pool.

He said: "I am really happy. My family is here, my parents and my fiancé. It's the first time they've come with me; they didn't go to Beijing.

“This is fantastic for me. I hope I can win a gold medal as a present for them."

However, they will be closely pushed for the medals by Ukraine who will be fielding an equally strong squad led by Yevheniy Bohodayko.

The S7 swimmer will be joined by Marsym Veraksa who won five medals in Beijing including four golds, and it will be the first time the Ukrainian enters the pool.

Furthermore, Brazil and Ukraine will have to keep watch on Russia and Great Britain, who enter the race with nothing to lose and very good qualifying times prior to the Games.

The relay heats start at 11:40, with the final concluding the exciting day’s action at 20:25 and they are not one to be missed.

The day’s events will start with the men’s 200m individual medley S7 heats, with Croatia’s Mihovil Spanja looking to qualify strongly but will be closely matched by Bohodayko and Matthew Levy of Australia. The final for that race commences at 17:30.

China’s Bozun Yang, who set a world record yesterday in the pool, sets out in the quest to defend his men’s 100m breaststroke S11 gold from Beijing. He will feature in the heats at 10:22, with a look towards the final 18:04 final.

Russia’s Olesya Vladykina, the ambassador for the Sochi 2014 Winter Games, goes in the women’s 50m freestyle S8 with an eye on making the final at 19:54.

However, she will face stiff competition from Great British swimmer Heather Frederiksen. The gold-medallist from Beijing has had a rocky path to the London 2012 Paralympic Games after suffering badly from illness, but she is looking to put that all behind her with success in the pool.

She said: “I have been really, really poorly over the past six or seven months so this is really positive. I have spent a lot of time in hospital, so to make it here is really a dream. Not being here was not an option."