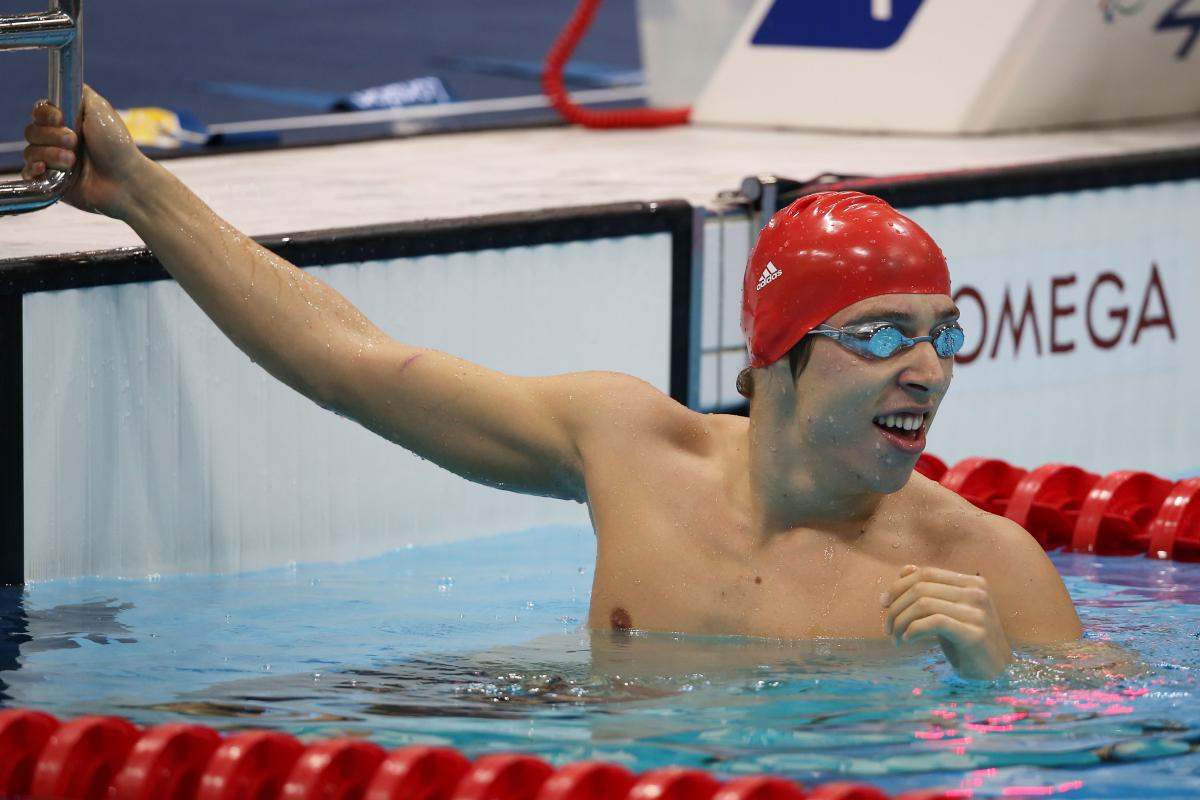 “If I’d have swum that 1:10 from the heats at London, I would’ve still won gold so that’s really good to base this competition off and I’m really pleased with that time."

Paralympic champion Jonathan Fox took a step toward defending his men’s 100m backstroke world title with gold on the opening night of the British International Disability Swimming Championships 2013 in Sheffield on Thursday (25 April).

But there was no stopping the S7 world-record holder from retaining his title in Sheffield and sailing more three seconds under the qualification time for the 2013 IPC Swimming World Championships in Montreal, Canada, which will take place in August.

“I went a 1:11 in the final which was slower than this morning but I wanted to get the qualifying time in the heat so I could just have fun for the rest of the week,” said Fox.

“I’ve got the 400 freestyle to look forward to tomorrow and I’m going to try my best over the week and enjoy it.

“If I’d have swum that 1:10 from the heats at London, I would’ve still won gold so that’s really good to base this competition off and I’m really pleased with that time.

“It might seem like there was nothing to improve on from London but there’s always things you can improve like your stroke rate, your technique and your turns so I’m going to tweak those little things and hopefully I can give my world record a good run for its money in Montreal.”

S7 Paralympic champion Josef Craig will hope to finish ahead of Fox in Friday’s (26 April) 400m freestle and the 16-year-old warmed up for his main event with a 100m freestyle victory in Sheffield.

“It was a good swim for me to win gold,” said Craig, who fell 0.17 of the A qualification time for the World Championships.

“I lowered my time from the heats which is important. My training has been improving coming into this meet and my times are gradually getting back towards my PBs.

“Hopefully by Canada I will be right there and breaking a few more records.”

And having ducked under the IPC World Championship qualification time in both events, Marren insisted she couldn’t have hoped for more from the opening day of the meet.

“This time last year, I wasn’t making the medals so to be standing on top of the podium here feels amazing,” said Marren, who made her international debut at London 2012 last year.

“It’s a relief to get the qualification times out of the way on the first day but I still know there’s a job to be done in my other events.

“There’s a bit less pressure in terms of qualifying but I want more now so there’s a little bit more pressure in that respect.

“I’ve been being a lot more positive this year. The Games was an inspiration for me to keep training and keep going hard and I’m really enjoying my swimming at the moment.”