Carmen and Ramona Brussig will both defend their Paralympic titles on the opening day of the Rio 2016 judo competition. 08 Sep 2016
Imagen 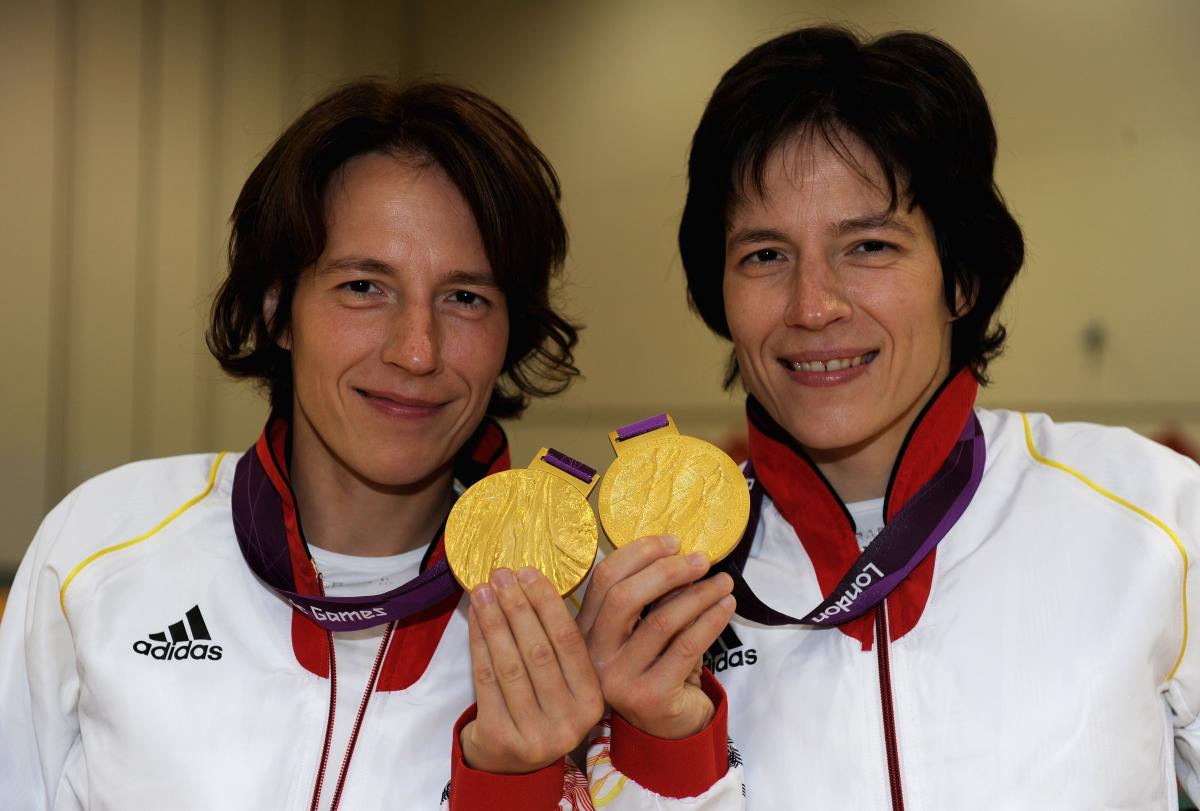 The Brussig sisters are identical twins with an identical objective ahead of the opening day of the Rio 2016 judo competition, which gets underway in Carioca Arena 3 on Thursday (8 September). The pair are hoping to repeat their achievements from London 2012, where both won gold in quick succession.

Triple world champion Carmen, who is 15 minutes older than her sister, will be the first of the twins on the tatami when she competes in the up to 48kg event.

Her main challenger is likely to be Chinese Taipei’s Kai Lin Lee. Lee was beaten by Brussig in the gold medal matches at both London 2012 and the 2015 World Championships in Seoul, Korea, and will be determined avoid another defeat at the hands of Germany’s World No.1.

“I feel excited, but the pressure is going up,” Carmen said ahead of competing, saying that the twins would be satisfied with any place on the podium.

“It doesn’t matter which medal. We can’t expect a particular colour. Even if it’s bronze, that will be a success.”

Younger twin and four-time world champion Ramona Brussig faces strong opposition from the start in the up to 52kg competition.

Brussig’s first fight is against Brazil’s current Parapan American title holder Michele Ferreira, who will want to impress in front of her home crowd. Speaking ahead of the event, Ramona also identified France’s Sandrine Martinet and Uzbekistan’s Sevinch Salaeva as potentially tough opponents, describing Salaeva, who Brussig could face in the semi-final, as “really strong”.

Ukraine’s former World No.1 and European champion Nataliya Nikolaychyk will not compete in the event, having recently been reclassified as B4 sight class, one above the B3 requirement for competing in blind judo.

In the opening men’s events, Algeria’s Mouloud Noura is one to watch in the up to 60kg category.

Noura, who won bronze at London 2012, will be hoping to repeat his gold medal glory from Beijing 2008. Standing in his way are Uzbekistan’s World No.1 Sherzod Namazov and Azerbaijan’s reigning Paralympic champion Ramin Ibrahimov.

The men’s up to 66kg judokas also go head-to-head on day one of competition, with Azerbaijan’s Bayram Mustafayev the favourite for gold. His main rival for a first Paralympic title is Ukraine’s David Khorava.

Mustafayev beat Khorava in the final at November’s European Championships in Odivelas, Portugal, proving he has what it takes to overcome his rival.

However, Khorava has shown he can handle the pressure on even the biggest occasions. He won the gold medal at London 2012 and will be determined to add another to his collection in Rio.