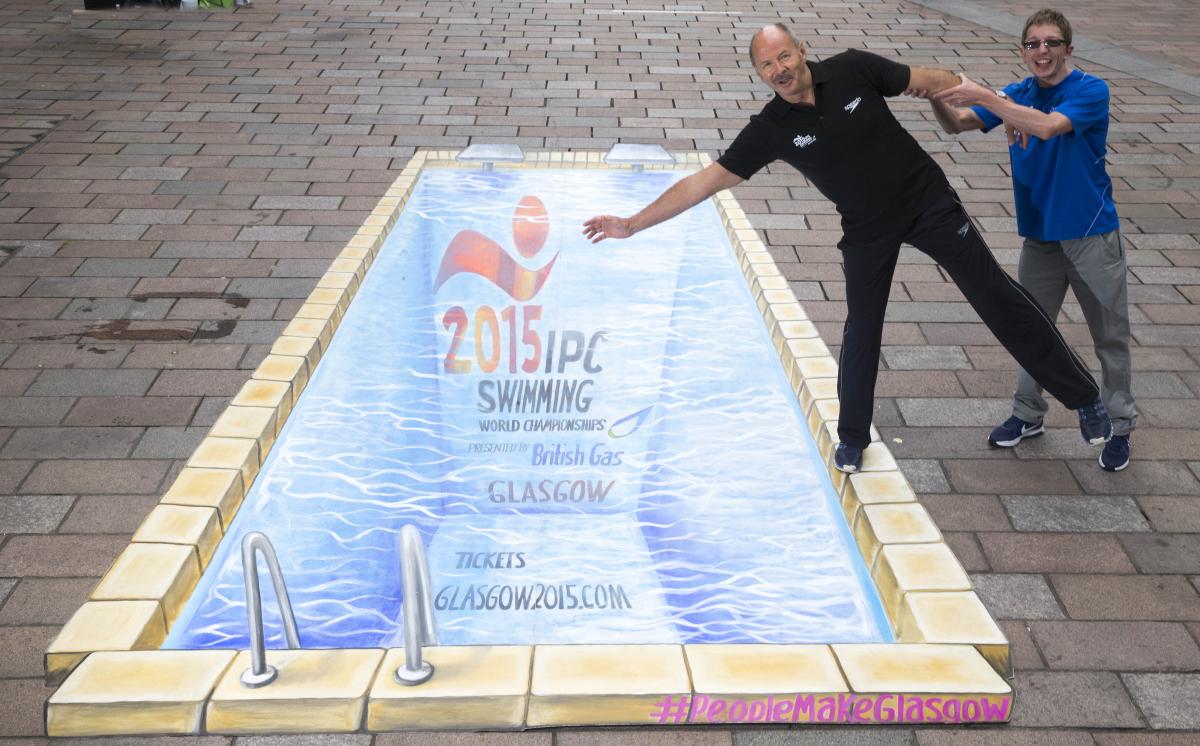 Olympian David Wilkie and para-swimming European silver medallist Scot Quin were in Glasgow ahead of the Worlds to open a 3D street art pool.

David Wilkie, MBE, won Olympic gold in Montreal in 1976 and is the only person to have held British, American, Commonwealth, European, World and Olympic swimming titles at the same time.

Quin, who won his first international medal in the 100m breaststroke SB14 at the IPC Swimming European Championships in 2014, has been selected for the British team in Glasgow and aims to make his mark on the world stage from 13-19 July.

Quin said: “To have a legend like David Wilkie here today to support us is a real inspiration and it’s great seeing so many people turn out. It’s encouraging going into the Worlds. We really need the home crowd to come along and support us this year.”

The IPC Swimming World Championships is the biggest para-swimming event outside of the Paralympic Games and brings together over 580 swimmers from nearly 70 countries for what will be a week-long celebration of world-class sport.

David Wilkie said: “The IPC Swimming World Championships are one of the major events in the swimming calendar and it’s great to see the people of Glasgow come out today to show their support for the event and for our para-swimmers ahead of this summer’s Championships.

“The Commonwealth Games last year was massive for sport and para-swimming in Glasgow and we will all be looking forward to the famous ‘Tollcross Roar’ that drove so many of the home athletes to success. It will be an unforgettable experience.”

The event forms part of UK Sport’s National Lottery funded major events programme which targets Championships that will support the nation’s athletes in their preparation and qualification for the Rio 2016 Olympic and Paralympic Games.

Across the seven days of competition there will be 152 medals up for grabs with athletes competing in freestyle, breaststroke, butterfly, individual medley, freestyle relay and medley relay across 14 different classes, with distances ranging from 50m-400m.

Tickets are on general sale at the Ticketmaster website, priced at GBP 10/15 for adults and free for under-16s (terms and conditions apply).

The full seven days of action will also be shown live at Glasgow2015.com. 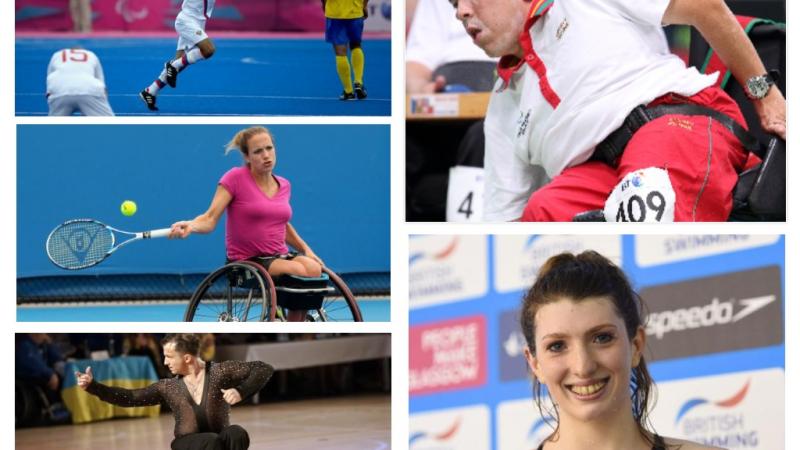