The British complete their team by announcing their SKUD 18 and sonar teams for the upcoming Paralympics. 02 Mar 2016
Imagen 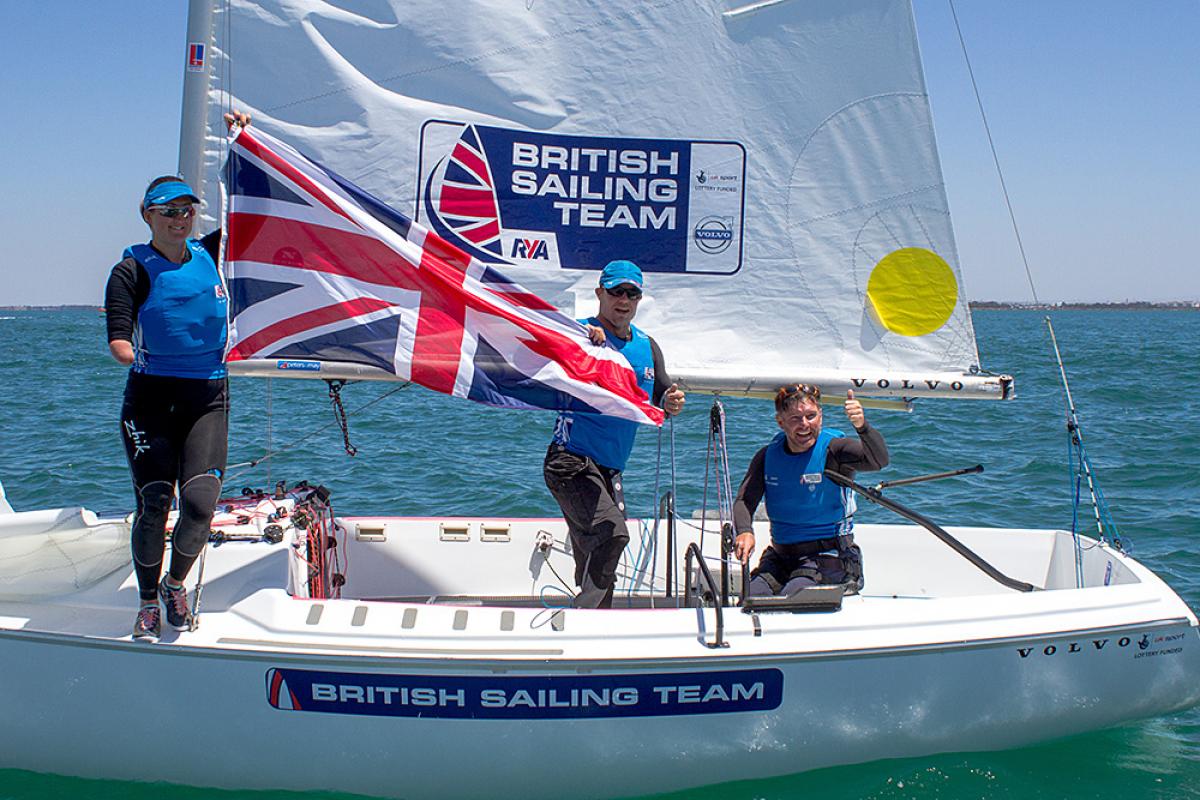 “Our sport is incredibly competitive and it’s not going to be easy, but going into the competition as reigning world champions definitely gives us confidence.”

With just over six months to go until the Rio 2016 Paralympic Games get under way, Great Britain’s London 2012 bronze medallists Alexandra Rickham and Niki Birrell have been selected to contest for medals in the SKUD 18 class, Royal Yachting Association (RYA) has announced. RYA also named the trio of Stephen Thomas, John Robertson and Hannah Stodel to take their places in the sonar, looking to make up for the disappointment of narrowly missing a podium place in 2012.

Rickham and Birrell are already two-time Paralympians, having made their debut together in the SKUD 18 class at Beijing 2008 and are five-time world champions and current Paralympic bronze medallists.

Meanwhile Thomas, Robertson and Stodel will be competing in their fourth Summer Paralympics together after debuting in Athens 2004.

The five athletes take up their places alongside London 2012 gold medallist Helena Lucas, who was the first athlete to be selected to ParalympicsGB for Rio back in April 2015.

Rickham, teaming up with Birrell for their third consecutive Games, said: “We’ll face tough competition out in Rio, but these next few months of intensive preparations will make sure we’ll be ready to shine at the Paralympics, and having such incredible support back at home will really boost us.”

Birrell said: “We’ve not rested on our laurels after London, and we’ve been working really hard to ensure our place in the SKUD was beyond doubt.”

Thomas, Stodel and Robertson go into the Paralympics as reigning world champions after striking gold at the 2015 World Championships. Rio 2016 will be their fourth consecutive Paralympic Games as a trio.

Thomas said: “Our sport is incredibly competitive and it’s not going to be easy, but going into the competition as reigning world champions definitely gives us confidence.”

Stodel said: “It’s taken years of hard work for us to get to this point and we’re not going to stop until the moment we finish racing.”

Robertson said: “As athletes, we’ve been through a lot and I feel like we’ve definitely got a point to prove in Rio, but the support team behind us is truly world class so we’ll have the best possible preparations.”

Penny Briscoe MBE (Most Excellent Order of the British Empire), ParalympicsGB Chef de Mission for Rio 2016, said: “The selection of such a strong, talented and experienced group of athletes sends a powerful message to other Paralympic sailing nations. Our athletes will be looking to maintain their good form in Rio and compete for medals across all three classes.”

Sailing team leader and RYA Olympic and Paralympic Manager Stephen Park OBE (Officer of the Most Excellent Order of the British Empire) said: “There’s no doubt that Rio is an incredibly challenging environment to compete in, and the sailors will be focussing all their energies on learning the intricacies of racing in Guanabara Bay.”

For news and British Sailing Team updates from both events visit us at www.britishsailingteam.com on Facebook or on Twitter.