Brazilian world and Paralympic champion wants to go faster than ever before. 15 Jul 2013
Imagen 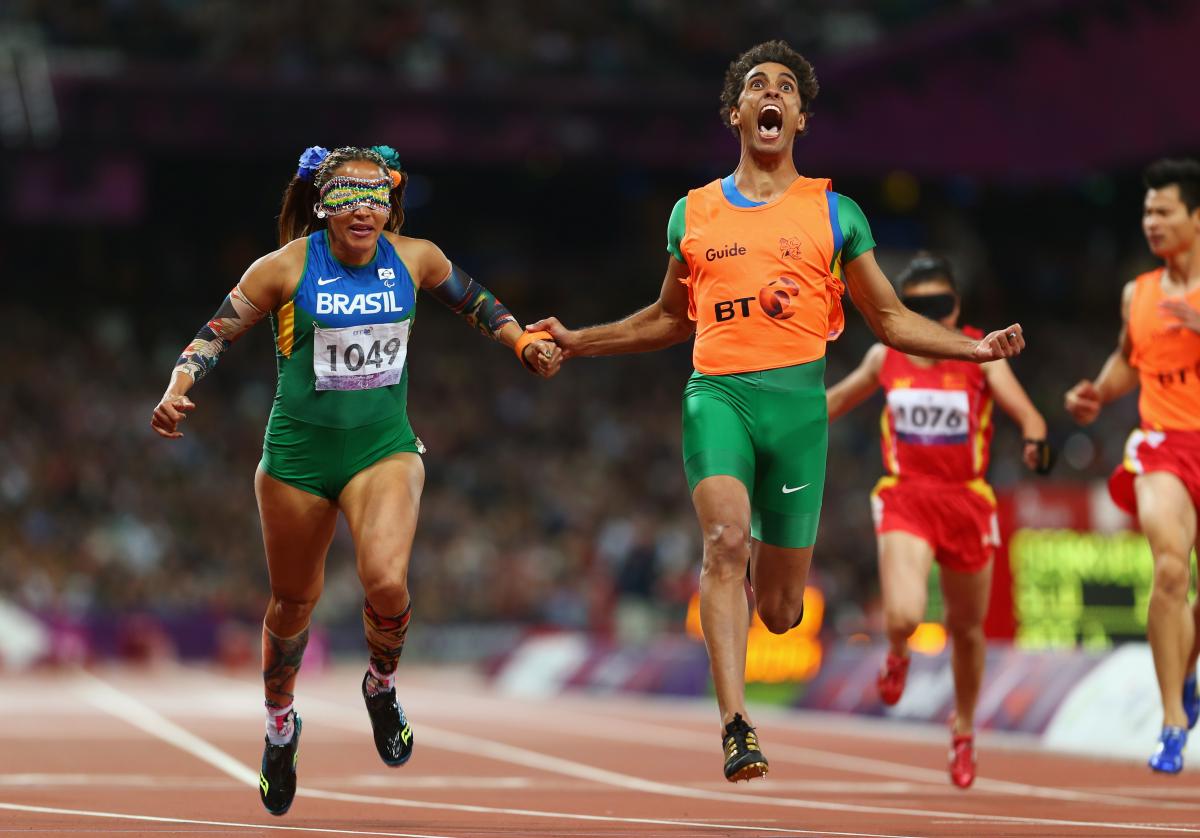 “My main goal is personal records. I am already the fastest fully blind runner and now I am focussed on the 100m. My goal this time is to be the fastest female para-athlete on the planet. That’s what I’m training for.”

The 34 year old heads into Lyon 2013 as the current 100m world and Paralympic champion and is very blunt about what she wants to achieve this week in the French gastro city.

“I want to run faster than 12 seconds,” said Guilhermina whose current world record stands at 12.01. Although set during last year’s Paralympics, she believes the London 2012 schedule prevented her from going even faster.

“In London the 100m was my final event and came after I had run the 200m and 400m three times each,” explained Guilhermina. “In Lyon it is going to be my first event so I’m specifically preparing for that race.

“My main goal is personal records. I am already the fastest fully blind runner and now I am focussed on the 100m. My goal this time is to be the fastest female para-athlete on the planet. That’s what I’m training for.”

To achieve such a title, Guilhermina will have to go faster than 11.91 seconds, the world record set by Chinese T12 athlete Guohua Zhoo at London 2012, either in Monday’s 100m heats or Tuesday’s final.

More importantly her guide Guilherme Soares de Santana will also have to keep with her.

Guilherme Soares de Santana said: “I always try to motivate Terezinha to go faster and I’m always co-operating. If she achieves her objective then I’m happy.

“She is such a focussed athlete. This gives me a greater will to help her achieve her goal and do what she wants to do.”

Guilhermina will also compete in the 200m and 400m in Lyon, events she has won gold in at previous World Championships and Paralympic Games. All races will not just be an opportunity for her to add to her medal collection but also showcase some of her spectacular outfits. At times at London 2012 she turned the Olympic Stadium track into a catwalk wearing a range of sequinned blindfolds and colourful sleeves and painted her nails bright colours.

She aims to step her outfits up another level at Lyon 2013 and go even further for her home Paralympics in Rio.

“I have many big surprises in store, blindfolds with many colours,” said Guilhermina. “One blindfold will feature many small cars, another features animals such as bears and giraffes. I’ll also bring flowers to the stadium this time.

“Each competition I have to think about the outfit and Rio is already in the plans. It will be spectacular,” she added.