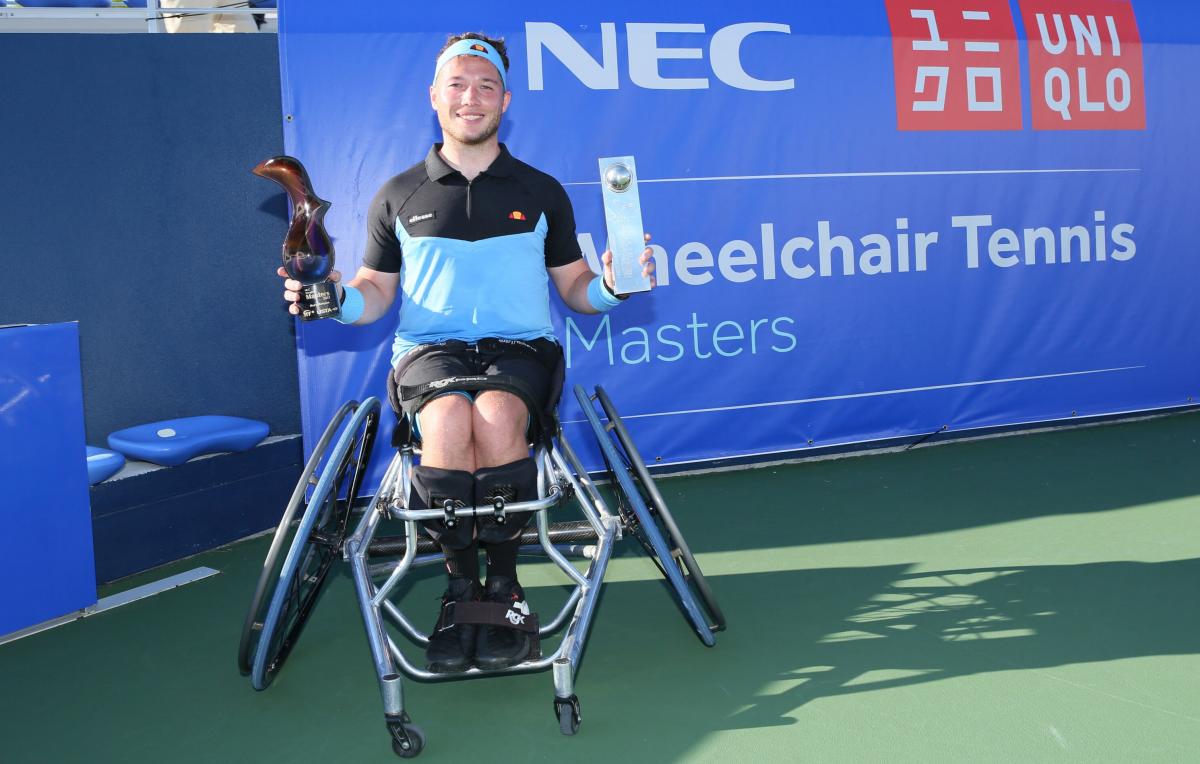 Niels Vink of Netherlands became the youngest ever winner of the NEC Wheelchair Singles Masters quad title as the ITF’s year end wheelchair tennis championship came to an end in Orlando with Alfie Hewett lifting the men’s singles title for the second time and Diede de Groot becoming women’s singles champion for the fourth time in a row.

All three finals went to a third set on a thrilling day’s play befitting of the occasion, with second seed Vink recovering from a set and 5-4 down against top seed and compatriot Sam Schroder before finally going on to take the last three games of the final set to close out a 4-6 7-6 (2) 6-4 victory in two hours and 33 minutes.

“It feels insane, I can’t believe it,” said a jubilant Vink, who was runner-up to 11-time champion David Wagner on his Singles Masters debut as a 16-year-old in 2019, having beaten Schroder in the semi-finals.

“In the first set I made a lot of mistakes and Sam was playing really good the whole match. In the second and third sets I just fought for every ball and I gave everything. I never gave up. Of course, you are thinking that it is maybe getting say from you when you’re 5-4 down in the second set, but I just kept fighting, doing everything I can and taking the best out of it. I’m most proud of my mentality because I really worked on it this year.”

World No. 2 and top seed Hewett of Great Britain went into the men’s singles final against second seed Gustavo Fernandez having won four of their previous five matches this season, but still trailed the Argentinean 14-11 in their career head.

At 5-2 down in the opening set, Hewett faced triple set point but saved all three set points with three quality winners before saving a fourth with a trademark backhand winner.

From that point the momentum shifted sharply towards the Briton, who went on to snatch the set on the tie-break and subsequently fought back from 2-0 down in the second set and 3-1 down in the final set to claim a memorable 7-6 (6), 4-6, 6-4 victory after two hours and 55 minutes of brutal tennis played in blustery conditions.

“It was almost like a boxing match – who can land the biggest punch and the right punch, as well, because you can hit as hard as you like, but if you hit it into his zone it’s going to come back twice as heavy,” said Hewett, who became the youngest Singles Masters at the age of 2019 in 2017.

“So it’s a very tactical game when you’re playing him, even though it looks like a bloodbath of winners. I don’t think it was my strongest performance today but that final game at 5-4 in the third, it all seemed to come together then and that’s when I needed it most.

“I think it was just the right execution at the right times that won it, because there were periods when he had the momentum and in the third set he was 3-1 up. Potentially, at 4-1, it’s game over, so keeping close enough to be able to make that difference (was important).”

World No. 1 de Groot and World No. 2 Yui Kamiji met in the women’s singles final for the fourth Singles Masters in a row.

While de Groot of Netherlands started her week in Orlando by giving up just her first set since the start of her reign as Masters champion in 2017, she lost her first set to Japan's Kamiji in four finals as the 2021 decider went the distance in blustery conditions that gave both players plenty to think about.

“It’s really good (to win the title for a fourth time), especially after such a good year,” said 24-year-old de Groot after becoming the second most successful women’s champion at the Singles Masters behind fellow Dutchwoman and 14-time champion Esther Vergeer.

“I know there are so many eyes looking at me, the pressure is really high and after such a year as this the pressure is even higher, so I was really just looking forward to going out there and not feeling the pressure too much and I think I did that very well in the first set and in the second set not so much, then in the third set it all came back together and I’m really happy to end the year like this.

“It was very tough, especially the conditions,” added de Groot, who became the first wheelchair player to complete the Golden Slam in September. "It was really hard to win a game on the one side but then you felt pressure to win games on the other side, so it was a difficult match.” 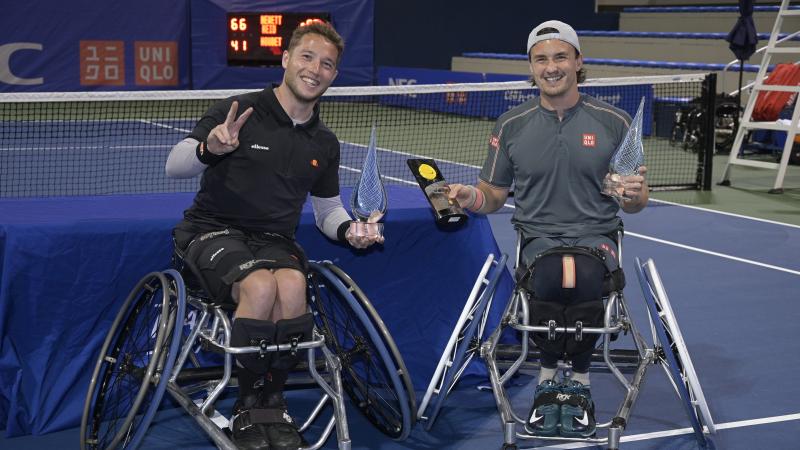