China tops the podium again at Deodoro as Norberg is forced to settle for silver after injury hampers his preparation for Games. 11 Sep 2016
Imagen 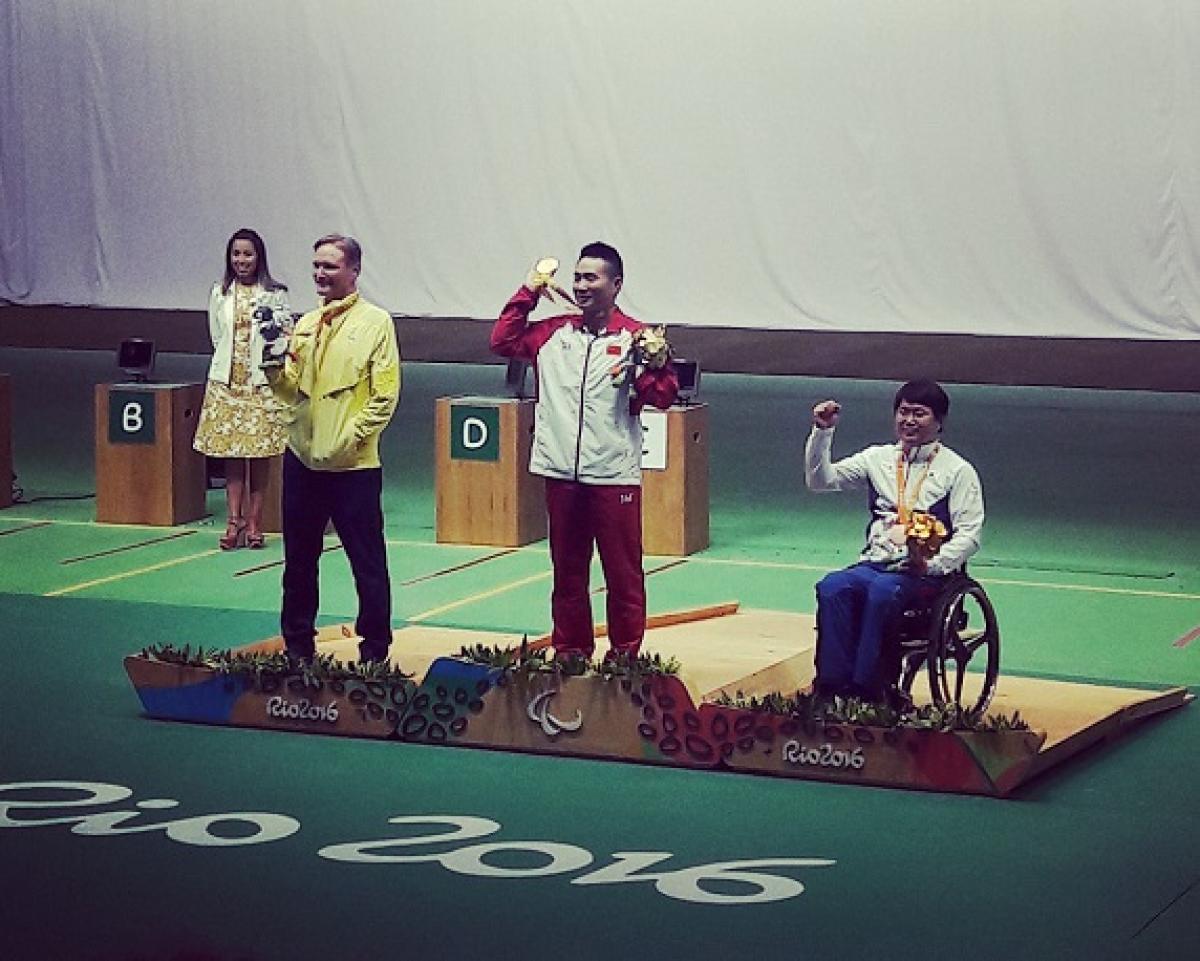 “It’s my first Paralympic Games and my first Gold medal,” said Huang, “I have been shooting for more than 10 years and I achieved my goal and my dream came true.”

“It’s my honour to let China shine on the stage. It was my dream to make China more bright.”

Norberg is the world champion in this event, but injury problems altered his preparations for Rio.

“I worked quite hard with the injury and it’s the kind of injury that doesn’t just heal by itself so it’s a lot of exercising,” he said.

“I’m not really well – not 100% yet – but this trip I’ve been working with the physiotherapist for two weeks to keep me in good shape so that’s helped a lot,” said the silver medallist.

Despite not feeling perfect, Norberg was impressed with his efforts and was quick to commend the Chinese athlete on his performance.

“I didn’t expect anything, I just wanted to go in and try to perform my best and I know if I can have focus on the right thing and do the work on the shooting line than I know it can often be enough to hit the podium,” said the Swede.

“He [Huang] was tough because he was shooting very well. I got the lead at first, but he bounced back immediately then it was neck and neck.

“As it seemed, I had quite a lot of shots out of the ring and it is really small margins, but Huang got them in and that’s what counts.”

Lee and Australia’s Chris Pitt went into battle for bronze after the Australian survived a fourth-place shoot-off with Ukrainian Oleksii Denysiuk.

Pitt and Lee picked up one point each in the opening series after both hit two out of the five targets.

In series two both athletes again shared one point each after hitting a single target.

Lee got the edge in the third series beating Pitt 1-0 to take full advantage of the two points on offer, extending his lead to four out of the seven points required to win.

With two points to make up, Pitt came out firing in the fourth series landing the first two targets and hitting the fourth for a total of three, but Lee’s accuracy was too good, hitting all five targets to secure the two points and increase his total to six.

Lee only needed a draw to win bronze, which is exactly how it unfolded with both athletes hitting one target each.

“I am very happy, but very tired,” said Lee.