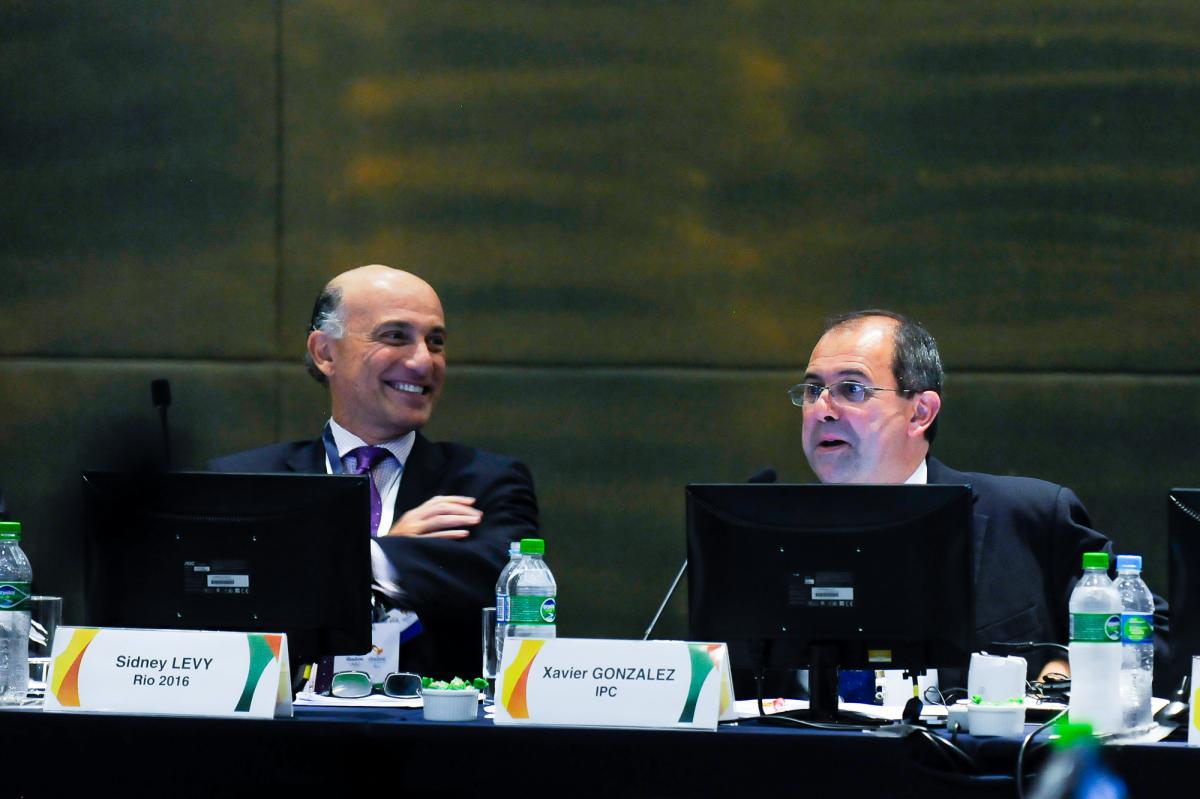 “Overall, we are encouraged with the progress being made by the Rio 2016 Organising Committee and its partners who appear determined to deliver the best Paralympic Games they possibly can."

After a two day project review with the Rio 2016 Organising Committee, the International Paralympic Committee (IPC) has said it is encouraged by the progress being made preparing for the 2016 Paralympic Games and welcomed the appointment by Rio 2016 of IPC Vice President Andrew Parsons as Chair of its Paralympic Integration Committee.

During the review which took place on Tuesday and Wednesday (14-15 May) in Rio de Janeiro, the IPC received updates on many functional areas of the Games including venues, sport, culture, education, ticketing, accommodation, accreditation, transport, commercial, communications, press operations and broadcasting.

Xavier Gonzalez, the IPC’s Chief Executive Officer, said: “The issues with the construction of some of the venues are well documented however there is now a plan in place to address the situation.

“Overall, we are encouraged with the progress being made by the Rio 2016 Organising Committee and its partners who appear determined to deliver the best Paralympic Games they possibly can.

“They are moving forward in all areas and I think the appointment of Andrew Parsons as the Chair of the Paralympic Integration Committee underlines how committed the Organising Committee is to delivering a high quality Paralympic Games.

“Andrew has an extensive knowledge of the Paralympic Movement, not just in Brazil in his role as President of the Brazilian Paralympic Committee, but also globally as IPC Vice President.

“He is a great networker who is extremely well respected by all stakeholders in Brazil. He will be an asset to the Organising Committee.”

In his role as Chair of the Paralympic Integration Committee, Parsons will bring together each month the Paralympic specific elements of each functional area within the Organising Committee to find solutions to any issues that may be arising.

Parsons said: “I’m delighted to be appointed Chair of the Rio 2016 Paralympic Integration Committee and it is a great honour for me to be further involved in the organisation of South America’s first Paralympic Games.

“The 2016 Paralympic Games have the potential to transform this region and the lives of millions of people. I am looking forward to working with the great team already established within the Organising Committee to deliver a global showcase of sport that will build on the success of London 2012.”

As part of the Project Review city government presented the legacy plan for accessibility in Rio which left the IPC attendees impressed.

Gonzalez said: “The city government is doing a lot to improve accessibility in the city ahead of the Games, making many kilometres of pavements and tourist attractions accessible for all.

“This is a direct consequence of Rio staging the Paralympic Games and will leave a lasting legacy for Rio residents and visitors once the Games close in September 2016.

“We leave Rio with a positive feeling that all is being done to deliver a highly successful Paralympic Games in 2016.”

The IPC’s Project Review comes one week after delegates from 17 National Paralympic Committees (NPC) from five continents attended the first ever NPC Open Day in the history of the Paralympic Movement.