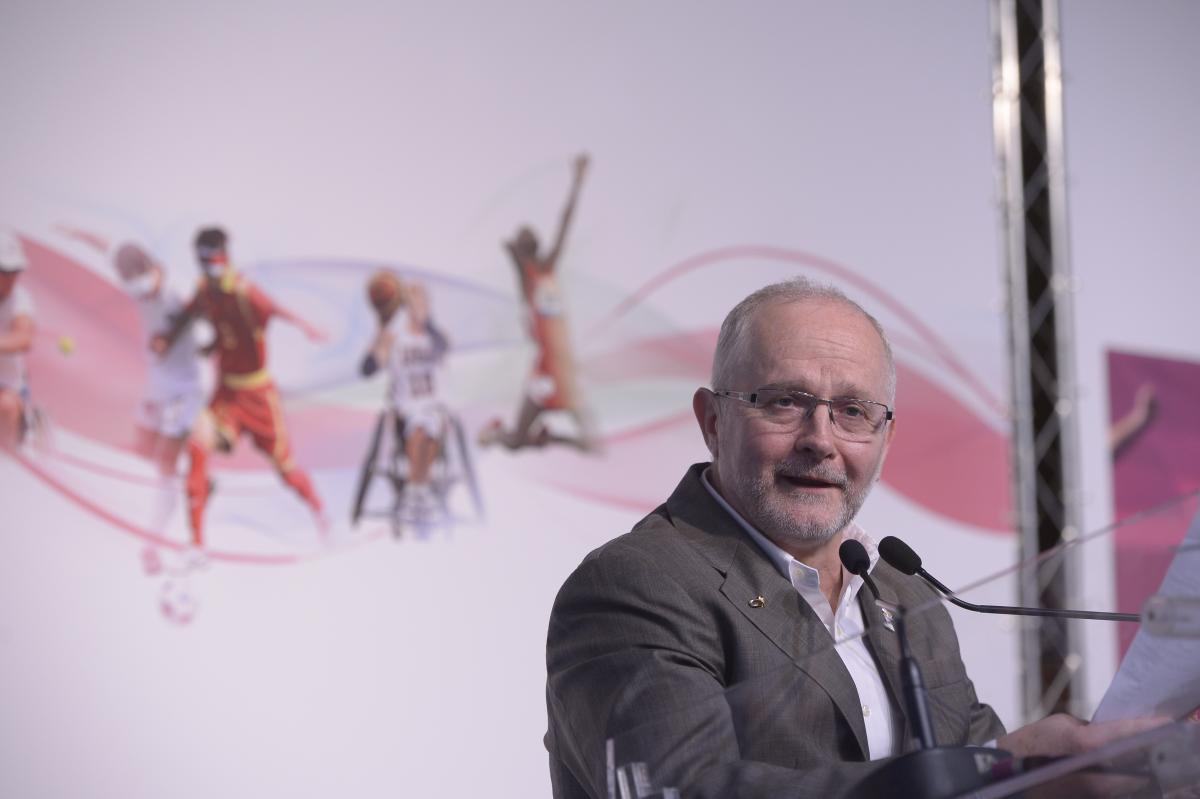 “The baton has now passed to Rio, a city which faces the same challenge London did four years ago after Beijing – a challenge to deliver an even better Paralympic Games.”

International Paralympic Committee (IPC) President Sir Philip Craven has challenged the organising committee of the Rio 2016 Paralympic Games to surpass the achievements of London 2012, and deliver the best ever Paralympic Games.

London 2012 was the biggest Games to date with 4,237 athletes from 164 countries. They benefitted from a record 2.72 million spectators who created an electric atmosphere, whilst TV pictures were broadcast to over 115 countries and territories. Athletes broke 251 world and 314 Paralympic records and their performances generated record viewing figures and front page news in many countries.

Sir Philip Craven said: “74 days ago at the Closing Ceremony in the Olympic Stadium, I announced to the world I thought that London 2012 had been the best Paralympic Games ever.

“This is a statement I still well and truly stand by today.

“Thanks to the Games a generation has been inspired but also changed. The perception of someone with an impairment has changed, especially in Britain, where each week it appears a different survey is published underlining the impact of London 2012.

“The baton has now passed to Rio, a city which faces the same challenge London did four years ago after Beijing – a challenge to deliver an even better Paralympic Games.”

Bringing the world to Rio

Despite describing London 2012 as the best ever Paralympics, Sir Philip believes there is room for improvement ahead of the 2016 Games. He is optimistic that a first Paralympics in South America has the potential to change not just Brazil but the whole continent. He also said the attraction of staging the Games in Rio is huge and that 2016 is an opportunity to fulfil the IPC vision “To enable Paralympic athletes to achieve sporting excellence and inspire and excite the world”.

Sir Philip said: “Where ever you are in the world, people want to come to Rio. If you say you’re coming here people look at you with envy, they want to join you.

“This is a huge selling point and one we should look to capitalise on. Between now and 8 September 2016 when the Opening Ceremony takes place we should all work together to bring the world’s athletes, spectators, media and broadcasters to Rio. We should co-ordinate all our effort to ensure the world is here to witness something unique and ultra-special.

“We have 1,386 days to go until the start of the Games and it is vital that we all work together to educate and motivate the Carioca to bring Rio’s world famous carnival atmosphere to the Paralympics and let them claim ownership of the Games, just like London and the UK did.

“I’m confident we can do it, and even more confident that Rio has the potential to deliver the best ever Paralympic Games in 2016.”

The London 2012 debrief will conclude on Thursday (22 November). The objective of the event is to explore and discuss the opportunities the London 2012 experiences bring for the future, in order to maintain and build on the momentum of this summer.

On Friday (23 November) the IPC will hold a day long Project Review with the Rio 2016 Organising Committee to receive progress updates on preparations for the next summer Games.