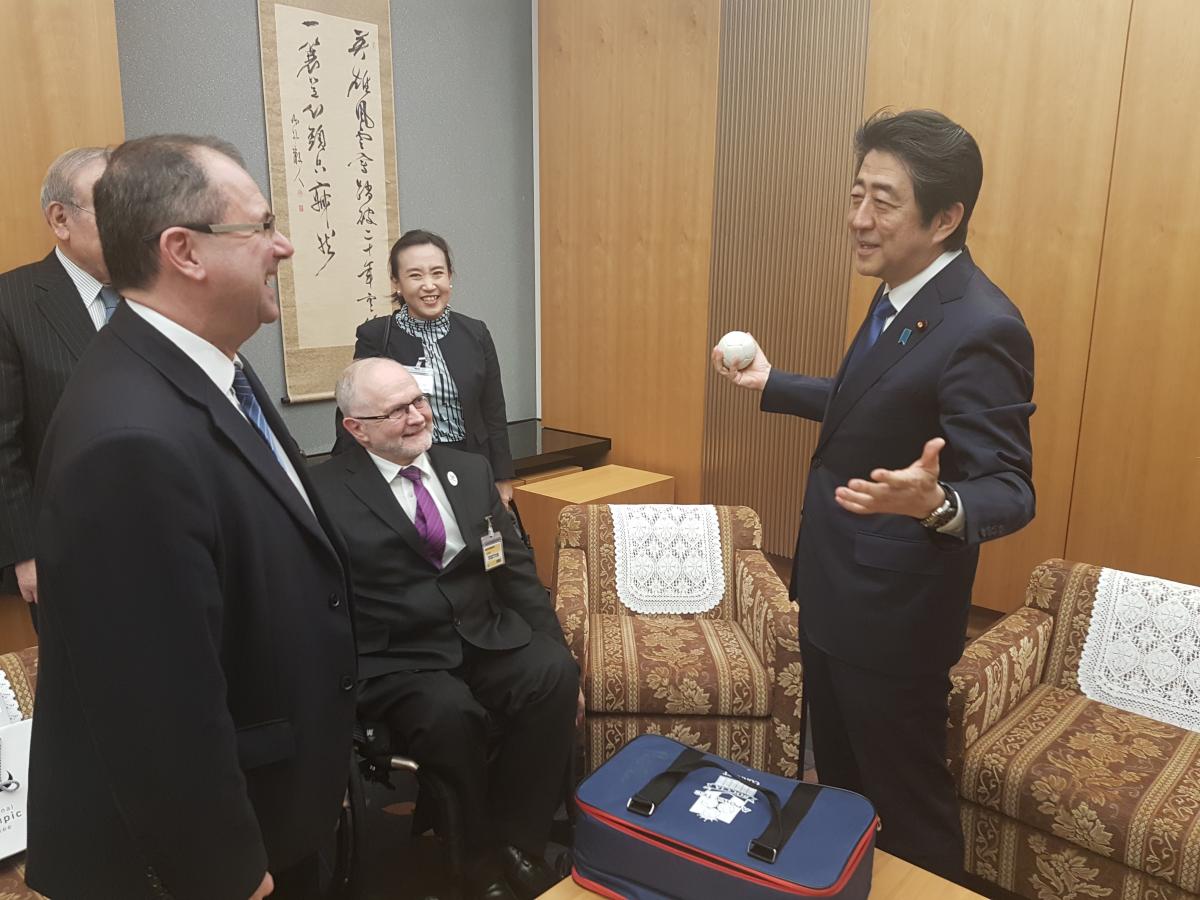 “The "IPC’s aspiration is to make for a more inclusive society for people with an impairment through Para sport and in my view this new action plan is one of the first tangible legacies of the Tokyo 2020 Paralympics.

Under the terms of the plan approved this week, the government will redouble efforts to promote universal design for an inclusive society that is comfortable and accessible to everyone regardless of age, nationality and ability ahead of the Tokyo 2020 Paralympic Games.

During the meeting, which was also attended by Miss Marukawa, Minister in charge of the Tokyo Olympic and Paralympic Games and Taido Tanose, Parliamentary Vice-Minister of Education, Culture, Sports Science and Technology, Sir Philip Craven said: “The IPC’s aspiration is to make for a more inclusive society for people with an impairment through Para sport and in my view this new action plan is one of the first tangible legacies of the Tokyo 2020 Paralympics.

“Universal design will promote a barrier-free attitude amongst the people of Japan and make for more accessible facilities. I hope through this plan we will see the marrying of Japan’s strong traditions with the innovative culture that it is world renowned for in order to make for a more inclusive society.

“I also hope this plan extends to sports facilities around the country, making them accessible for people of all abilities who want to participate in sport. Such a move in the long-term will benefit Team Japan in their preparations for Tokyo 2020 and future Paralympic Games.”

Speaking to parliament earlier this week, Prime Minster Abe said: “Last year, our Japanese athletes put in strong performances at the Rio de Janeiro Games. Seeing Paralympians pull off an astonishing performance on the grand stage made me realise once again that Para sports has the power to invigorate people and society.

“Coming up is the Tokyo Games. We need to accelerate preparations in order to make this the world's best Games.

“Furthermore, we will take the Tokyo Paralympic Games as an opportunity to realise a society of co-existence, a society in which those with disabilities can pursue their dreams and more fully harness their potential and capabilities, in the same manner as those without disabilities. This will become one of the greatest legacies of the Tokyo Games.

“Today, we have here people with disabilities including Paralympians, people involved with the Tokyo Games, relevant ministers including Minister Marukawa, among others, and we have compiled an action plan of the Government for the success of the Tokyo Paralympic Games and for the creation of a society of co-existence as a legacy of those Games.”

Following Wednesday's meeting, Sir Philip presented Prime Minister Abe with a signed commemorative boccia set. Following Japan's team silver in the sport at the Rio 2016 Paralympics, the sport has seen a surge in popularity in the 2020 host city.

The Tokyo 2020 Paralympic Games will take place between 25 August and 6 September.