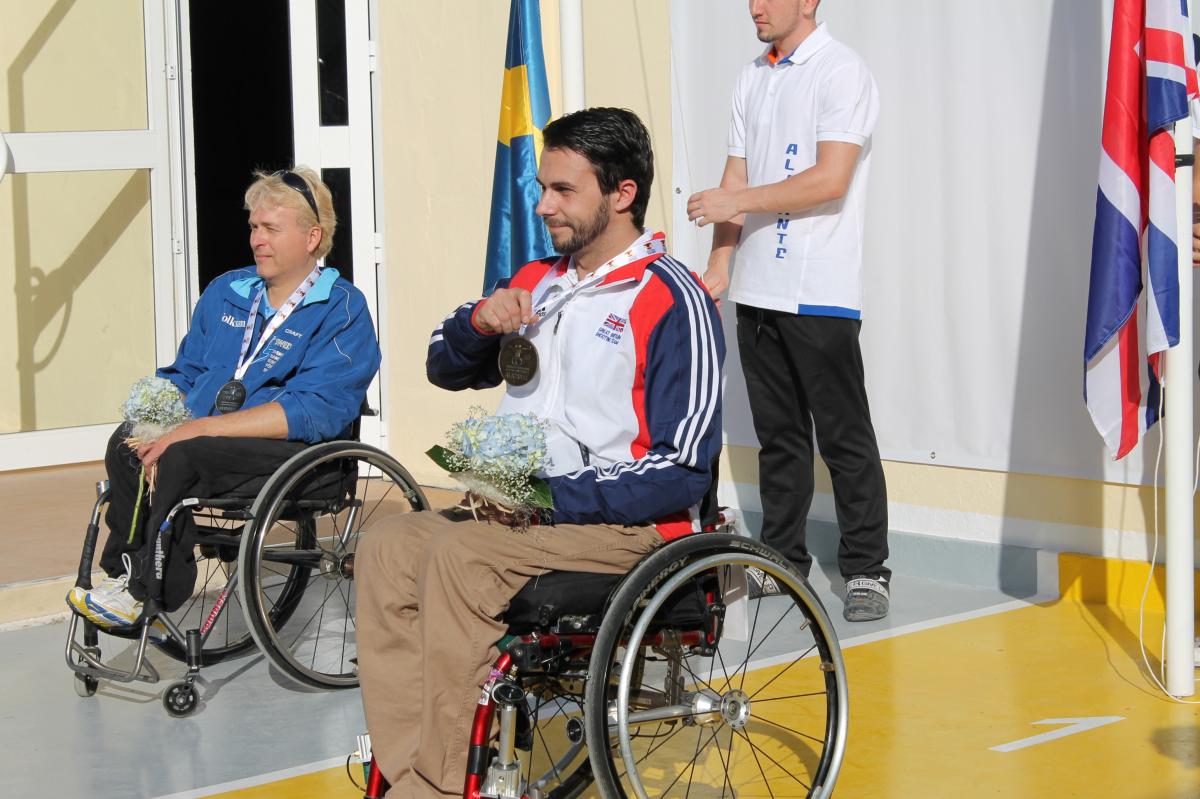 “Pre-event training went really well, everything’s just gone spot on today, everything was perfect and I don’t think it could have gone any better.”

The 2013 IPC Shooting European Championships have concluded with a total of 11 world and 14 European records, following a thrilling last day of action in the coastal city of Alicante, Spain.

A total of 14 individual and nine team European titles have been awarded over five days, where 175 shooters from more than 30 countries, including 21 medallists from the London 2012 Paralympic Games, have battled it out to claim glory in rifle and pistol events.

Great Britain’s Matt Skelhon achieved what he came to Alicante for when he won gold in R6 (mixed 50m rifle prone SH1) with a new world and European record of 206.9, just .1 ahead of Swede Jonas Jacobsson, after hitting a 10.6 with his last shot.

“Pre-event training went really well, everything’s just gone spot on today, everything was perfect and I don’t think it could have gone any better.”

When asked if he thought he could repeat the performance at the 2014 IPC Shooting World Championships in Suhl, Germany, in July next year 28 year-old Skelhon said:

“That’s the plan. I always said I wanted to be world, European and Paralympic champion. Now I’m Paralympic [R3 mixed 10m air rifle prone SH1] and European champion, so if I can get [the world title] done by Rio, that’ll take the pressure off a bit.”

In the last women’s pistol event of the competition, there was a shock exit for Macedonian Paralympic champion Olivera Nakovska-Bikova in P2 (women’s 10m air pistol SH1). Despite heading into the finals in pole position, the 38 year-old did not medal, missing out on the top three shoot out by just 0.5 points.

Azerbaijan’s first medal of the championships was golden thanks to Yelena Taranova storming to a more than four-point lead to end with a P2 finals world and European record of 195.8.

Taranova got off to an average start, but the 42 year-old kept her cool and worked her way rapidly to the top of the table, shooting a 10.8 on her last shot to make sure of the victory.

“I am very happy!” she laughed.

“My first medal in a European championships!”

London 2012 silver medallist Marina Klimenchenko became the first shooter to be eliminated in another shock exit from the P2 finals, with Olga Mustafaieva bagging another silver medal for Ukraine and Hungarian Krisztina David finishing her championships with a bronze.

Serbia’s Dragan Ristic picked up R5 (mixed 10m air rifle prone SH2) gold in a dramatic conclusion to the championships. Ukraine’s Vasyl Kovalchuk led by 0.1 going into the last shot, but was overtaken by Ristic, in the end scoring just 0.2 more than his Ukrainian rival to take the title. Young Fin Minna Leinonon takes bronze in a great result for her and her team.

In the team R5, Ukraine pick up their fourth gold of the week with a new world and European record of 1901.7 courtesy of top scorer Kovalchuk and team-mates Vladyslav Biletsky and Pavlo Volynets ahead of Great Britain who take silver and Serbia in bronze.

The next major international competition shooters will be looking forward to is the 2014 IPC Shooting World Championships, in Suhl Germany, from 19-26 July, with World Cup events in Great Britain, Poland and the USA in the build-up.