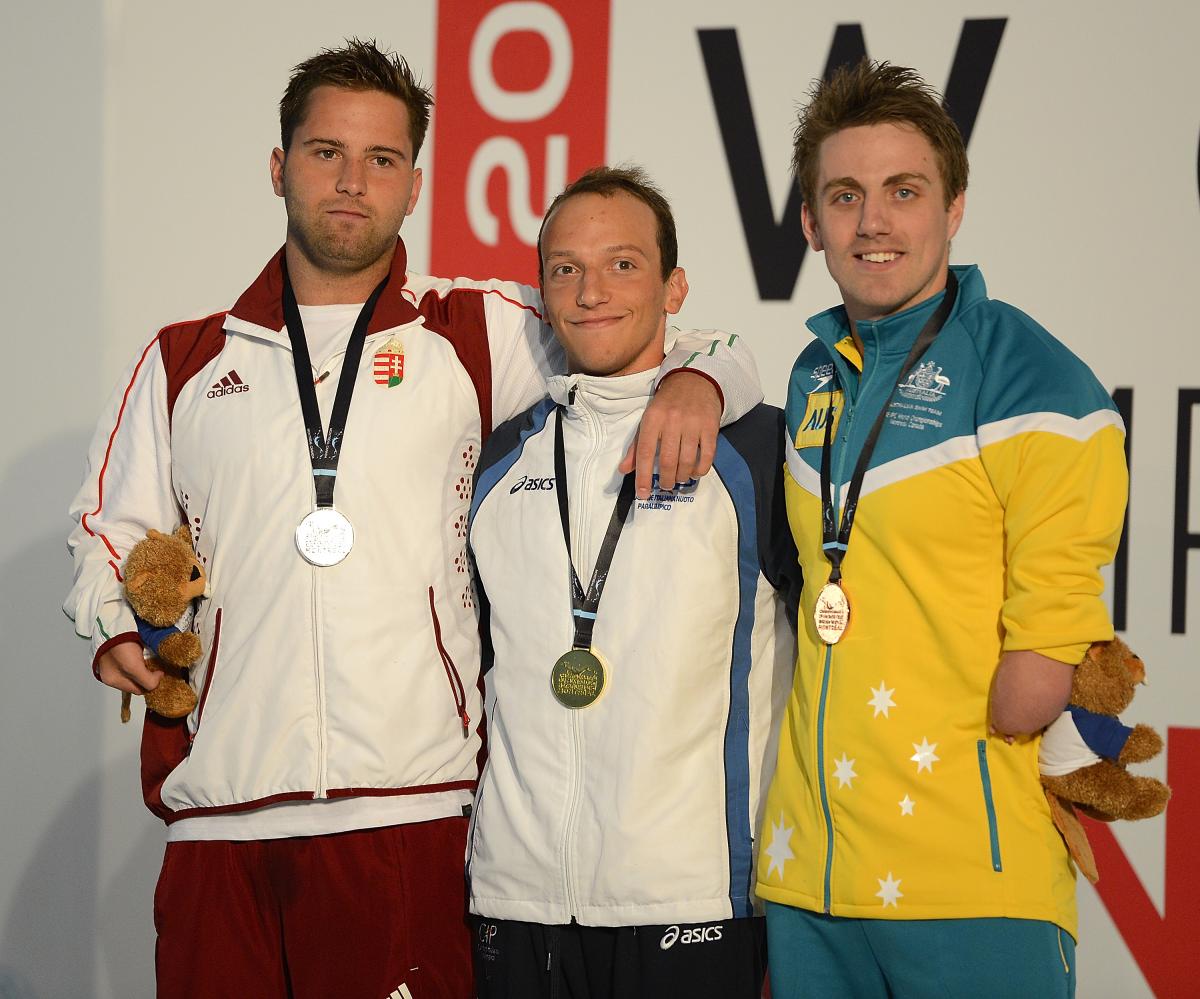 “The challenge I care most about is the one with Tamas Sors in the 100m butterfly."

Morlacchi emerged as one of the greatest threats to 22-year-old Sors at the 2013 IPC Swimming World Championships in Montreal, Canada, taking the world title from him less than one year after finishing third at London 2012.

The European title is now next on his hit-list at the 2014 IPC Swimming European Championships in Eindhoven, the Netherlands.

“The challenge I care most about is the one with Tamas Sors in the 100m butterfly.

“Beating him means beating the double Paralympic champion on the distance.”

Morlachhi, 20, is also on a charge to better his bronze medal finish from 2013 in the 200m individual medley SM9, lining up against Ukraine’s reigning European champion Andriy Kalyna and Great Britain’s 2002 world champion James Crisp.

He feels that since 2011, when he finished second in the 100m fly to Sors and an agonising fourth in the medley, he has improved a great deal: “I can confirm that I am more mature and aware. Training has become harder and more constructive,” he said.

“All the Italian team has grown up together and we can give strength to each other. There is a welcoming atmosphere that inspires confidence and serenity.”

A self-confessed obsessive for detail, Morlacchi made it to the podium in all but two of the events he entered at London 2012 and Montreal 2013, picking up three Paralympic bronze and one of every colour at the worlds.

Even before Eindhoven takes places from 4-10 August, the man who jokes with inquisitive children that the incomplete tissue development in his left leg is the result of a shark attack, is looking towards the 2015 World Championships in Glasgow and Rio 2016.

At those competitions he is likely to meet Australia’s most successful Paralympian – 13-time gold medallist Matthew Cowdrey who he beat to win gold in his favourite 100m butterfly in 2013.

“Eindhoven is an important test before the two years of world and Paralympic Games, useful to understand if we are on the right track or if it is necessary to adjust something,” Morlacchi commented.

“I can do my best only without any pressure, fears or anxieties, and in such an important event with many strong athletes it is necessary to do one’s utmost.”

Morlacchi will go head-to-head with Sors at the 2014 IPC Swimming European Championships from 4-10 August, which will see around 400 swimmers from 40 countries gather for the next stop on the road to Rio 2016.

Media accreditation and tickets are currently available at the event homepage.