Wins for hosts Denmark and New Zealand on the first day of competition in Odense, Denmark. 05 Aug 2014
Imagen 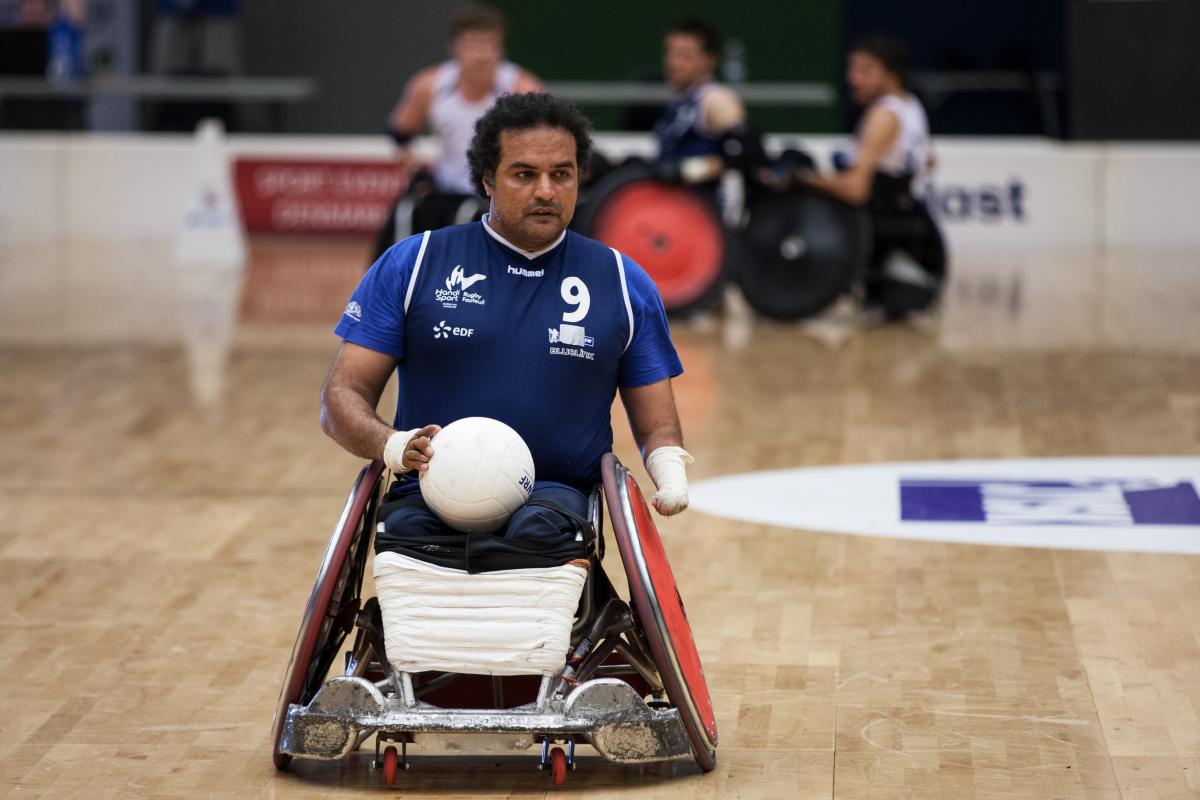 France in action against New Zealand in their opening game of the 2014 IWRF World Championships.

“It is important for us to get a good start on the tournament especially against a team like Belgium who we have beaten many times. We have waited three years for this and now we are off.”

Denmark opened the tournament against Belgium and were challenged in the first half but eventually finished comfortable 52-43 winners.

Denmark coach Thor Johansson was very happy with way his team responded to the heavy expectations of hosting the tournament.

“It was great to get under way with the tournament and feel the support from the audience every time we forced a turnover,” he said.

“The team played a well-tuned brand of rugby today and we executed on the things we wanted to. As the coach I am especially pleased to see that we corrected the couple of small mistakes we have being making in the practice games in advance to the world championships.”

High pointer Leon Jorgensen was the standout player for the Danes with a strong four quarter performance.

“We keep pressuring the Belgians and, in the end, we simply had more energy,” Jorgensen said.

“It is important for us to get a good start on the tournament especially against a team like Belgium who we have beaten many times. We have waited three years for this and now we are off.”

Belgian captain Frederik Windey admitted it was a tough day at the office for his team.

“We played quite well, a couple of mistakes. We have a very small team and not a big bench so after a couple of quarters we were exhausted,” he said.

“We can’t change all the time so we have one very good lineup and some substitute players but we try to do our best. We know we are the underdog so maybe we can and surprise a few teams.

“We hope to do better but it is what it is, tomorrow we will try to get the faults out of our game and hopefully we play better.”

The second game of the evening saw New Zealand get the better of debutants France 55-47.

France showed some promising signs for most of the game but could not maintain their performance for the entire four quarters.

Cameron Leslie showed his class with a match winning performance for the Kiwis.

“It was definitely a good start to the competition, our last World Championships didn’t go so well so quite a few of us who were there then were keen to put those demons to bed and we’ve started that,” Leslie said.

“We are just taking it one game at a time, we are ranked 10th in the world and we are the easy beats as far as the other teams are concerned so we’ve got to demand the respect from them and give them respect ourselves.”

“There are plenty of fresh faces so it is good to see the younger guys on court making a difference and hopefully they can press on and get more minutes and make more competition for spots on the court.”

Denmark face Canada on Tuesday (5 August) afternoon in what should be a very even contest while Belgium will look to register their first win when they take on Finland.

New Zealand and France will face a massive task as they both take on the USA tomorrow in their respective matches.

To watch a live stream of the action, please visit the 2014 IWRF World Championships website.