Jonas Jacobsson has won gold in every Paralympics since 1980 and closes his participation in the London 2012 Paralympic Games with a gold in the R7 men’s 50m rifle 3 positions SH1. 05 Sep 2012
Imagen 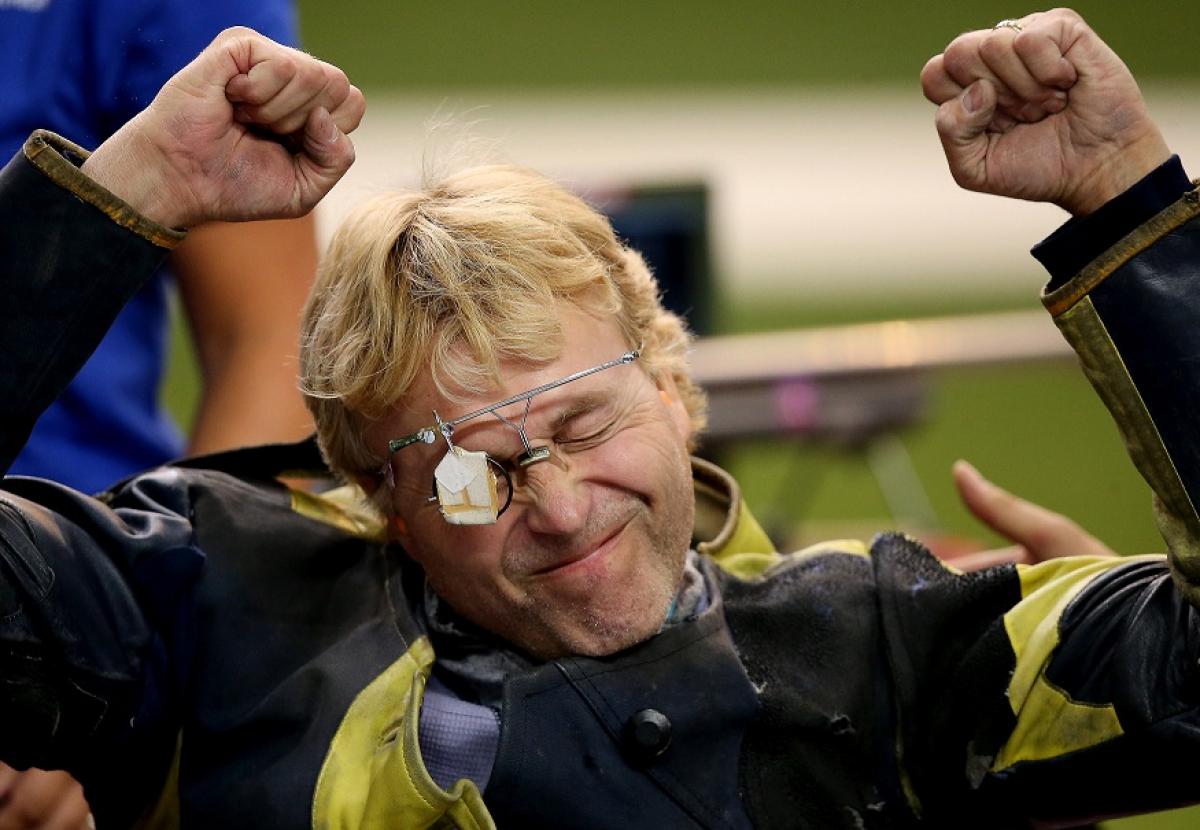 "If I hadn't won the gold today (5 september), I think I would have finished. But now I will take some off and think about the future."

Jacobsson has now won a gold medal in all nine of the Paralympic Games he has competed in.

"It was amazing,” he said of winning the gold medal.

“I didn't really believe that I could do it but it was the power to win.

"I just wanted to do well. I knew I was two points behind and I knew it was possible, but I had to work on it."

At the Beijing 2008 Paralympic Games, Jacobsson won all three of the events he competed in. Here at London 2012, he has struggled to find the same success, finishing 19th, 4th and winning a silver medal in his previous three events.

But just as it looked like the impossible might happen and Jacobsson would go without a gold medal at a Paralympic Games, the man delivered, delighting spectators at the Royal Artillery Barracks.

Jacobsson said the victory was very important for his career.

“I felt a lot of pressure before this tournament because this was my last chance to build on my record of winning gold in every Paralympics since 1980,” he said.

"If I hadn't won the gold today (5 september), I think I would have finished. But now I will take some off and think about the future."

Shaziri started the final well, initially building on his two-point lead. He started to falter however, shooting three successive scores less than 10.0, opening the door for Jacobsson to take the lead after the seventh shot of the final.

Shaziri failed to recapture his good form for the closing shots and said that it is part of the sport.

"It was nerves, it happens. The excitement must have got to me,” he said.

“I managed to relax throughout until the last three shots but overall Jonas Jacobsson shot better than me and mastered the tension.

“In order to get a silver medal, which I am very pleased, I had to work very hard," Shaziri said.

Third place went to China’s Dong Chao who said he was pleased with his achievement.

"In the competition I needed to calm my emotions. My score was good but my rivals did better," Dong said.

"When I stood on the podium, I noticed that the order on the podium was the same as in Beijing (Beijing 2008 Paralympic Games), so it's a little bit of a shame that I could not change the order."