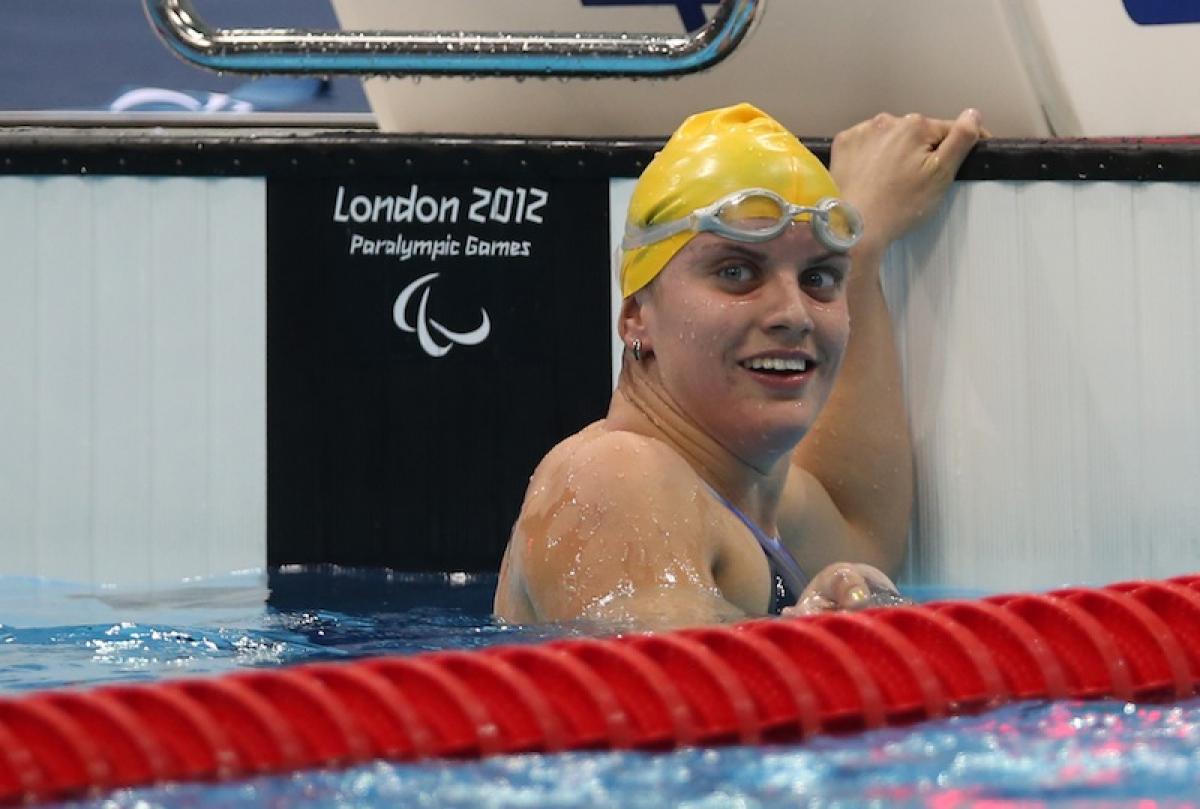 "It's just unbelievable how good this meet's been for me."

Few Paralympians win seven gold medals in their entire careers, but Australian Jacqueline Freney picked up her seventh medal of the London Paralympics alone on day eight in the Aquatic Centre. Incredibly, she still has one more race to come.

Freney is the leading medallist at the London 2012 Paralympic Games and her haul is solely golden. The record for most medals won in a single Paralympic Games is held by American swimmer Trisha Zorn, who won 10 golds first at the Seoul 1988 games and then again at Barcelona in 1992. Freney can win a maximum of eight in London, but that would mean a clean sweep from all of her events. An achievement for the history books.

"It's just unbelievable how good this meet's been for me,” she said after winning the 400m freestyle S7. “It's probably been one of my best meets to date, I couldn't be more proud of myself.

Meanwhile, Matthew Cowdrey, who became Australia’s most successful Paralympian of all time on Wednesday (5 September) did not let the success affect his performance on Thursday (6 September) as he won the 200m individual medley SM9 to claim his 12th Paralympic gold medal and 20th in total.

In a day where the favourites lived up to their billing, Natalie du Toit won her third gold of the games in the 200m individual medley SM9. The South African star finished on top of the podium with Great Britain’s Stephanie Millward in second and Louise Watkin in third.

Jessica Long and Heather Frederiksen went head-to-head once again and it was the American who came out on top to win her fifth gold medal in the pool, breaking her world record in the process.

Brazil then got in on the gold medal action with both serial medallists Daniel Dias and Andre Brasil winning back-to-back. Dias won the 50m backstroke S5 , touching in at 34.99, a new world record as Brasil won the 100m freestyle S10.

One race however, did provide a surprise. Before the morning heat of the men’s 400m freestyle S7, Great Britain’s Jonathan Fox was world record holder and the much-fancied favourite. His ParalympicsGB team-mate Josef Craig was a 15-year-old appearing at his first major international competition. But it was Craig that would surprise everyone, setting a new world record and qualifying first fastest.

Craig then repeated the feat in the final, beating his earlier best-ever time to win gold from China’s Shiyun Pan and giving his country’s national anthem it’s daily play.

Dutchman Marc Evers was another record-breaker as he recorded a new best-ever time in the 100m breaststroke SB14 as Spain’s Michelle Alonso Morales did likewise in the women’s equivalent.

Juan Reyes completed a hat-trick of golds in the 50m backstroke S4, winning the event for the third successive Paralympic Games while Yinan Wang won his second gold and fourth medal of London in the men’s 100m freestyle S8.

New Zealand’s Sophie Pascoe then went on to beat Elodie Lorandi and Summer Ashley Mortimer to gold with a new Paralympic record time of 1:00.88 in the 100m freestyle S10.