The IWRF Wheelchair Rugby Asia-Oceania Championships will include four teams and will be streamed live online. 18 Nov 2013
Imagen 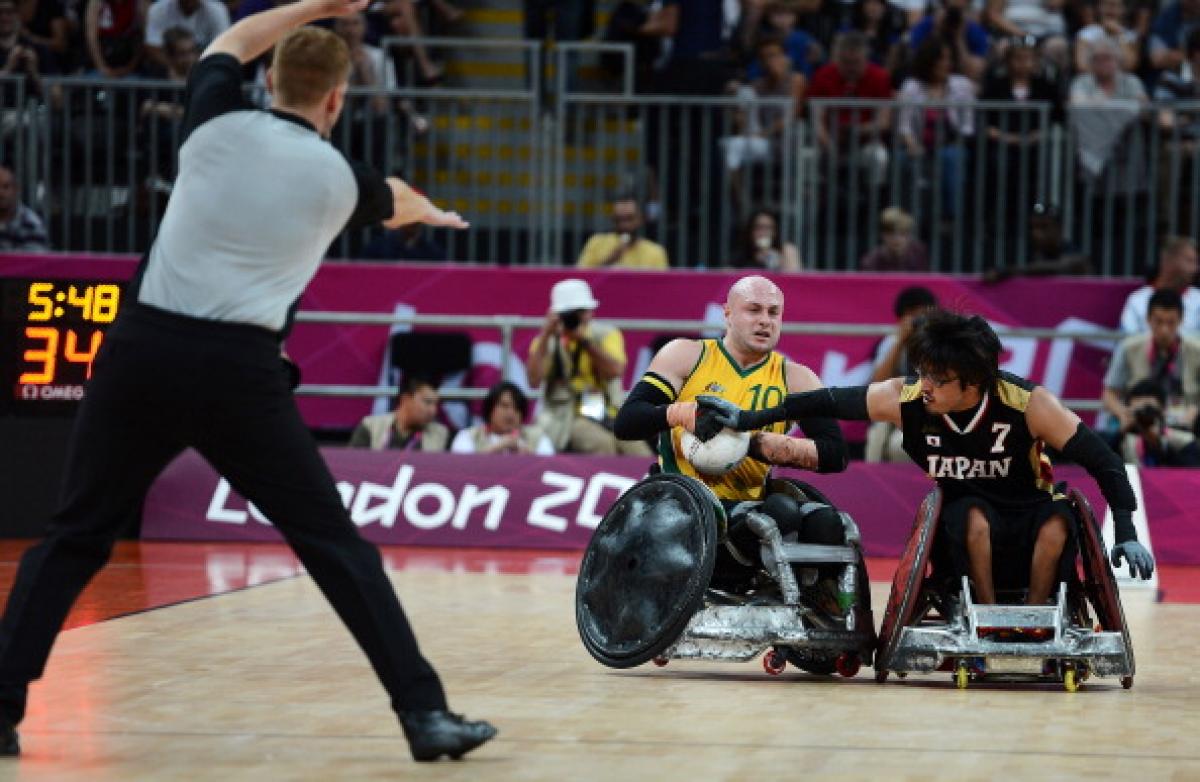 Australia's Chris Bond battles for the ball against Japan's Daisuke Ikezaki during their semi-final match at the London 2012 Paralympic Games.

The tournament gives these nations the opportunity to qualify for the 2014 IWRF World Championships.

The 2013 IWRF Wheelchair Rugby Asia-Oceania Championships will be played at the LC de Villiers Stadium at the University of Pretoria in South Africa from 20-23 November.

This year marks the seventh edition of the tournament and features four national teams including, the host nation South Africa, world No. 2 Australia, world No. 5 Japan and New Zealand. The tournament gives these nations the opportunity to qualify for the 2014 IWRF World Championships.

The Championships will be streamed live on the IWRF's website.

Australia have won all but one of the six Asia-Oceania Championships that have been played from 2001 to 2011. The No. 2-ranked team in the world will be looking to make it their sixth title and try to get back to No. 1 in 2014.

Australia will begin the tournament against the host nation in the opening game.

Japan enter the tournament ranked just behind Australia in the world standings and will be out to prove they are capable of mixing it with one of the best teams in wheelchair rugby. Japan went down to Australia 59-41 in the final in 2011 and will be chasing their first Asia-Oceania Championship title this year.

Japan begins their campaign against New Zealand on day one of the tournament.

New Zealand are the only nation other than Australia to win the Asia-Oceania title when they were crowned champions in 2005. In 2011, New Zealand defeated South Korea 62-44 for the bronze medal but will need to improve on that result if they are to gain qualification for the World Championships next year.

New Zealand face Japan in their opening game on 20 November.

South Africa will be looking to be amongst the medals for the first time at the 2013 Asia-Oceania Championships with their previous best being fourth place in 2001 and 2005. Currently ranked 25th in the world, the host nation has the chance to upset their rivals and qualify for the 2014 IWRF World Championship.

The hosts begin with their biggest challenge when they take on Australia in the opening game of the tournament on 20 November.