Australia, Japan, Canada and USA booked themselves semi-final berths in their group matches on Friday (7 September) in the wheelchair rugby tournament. 08 Sep 2012
Imagen 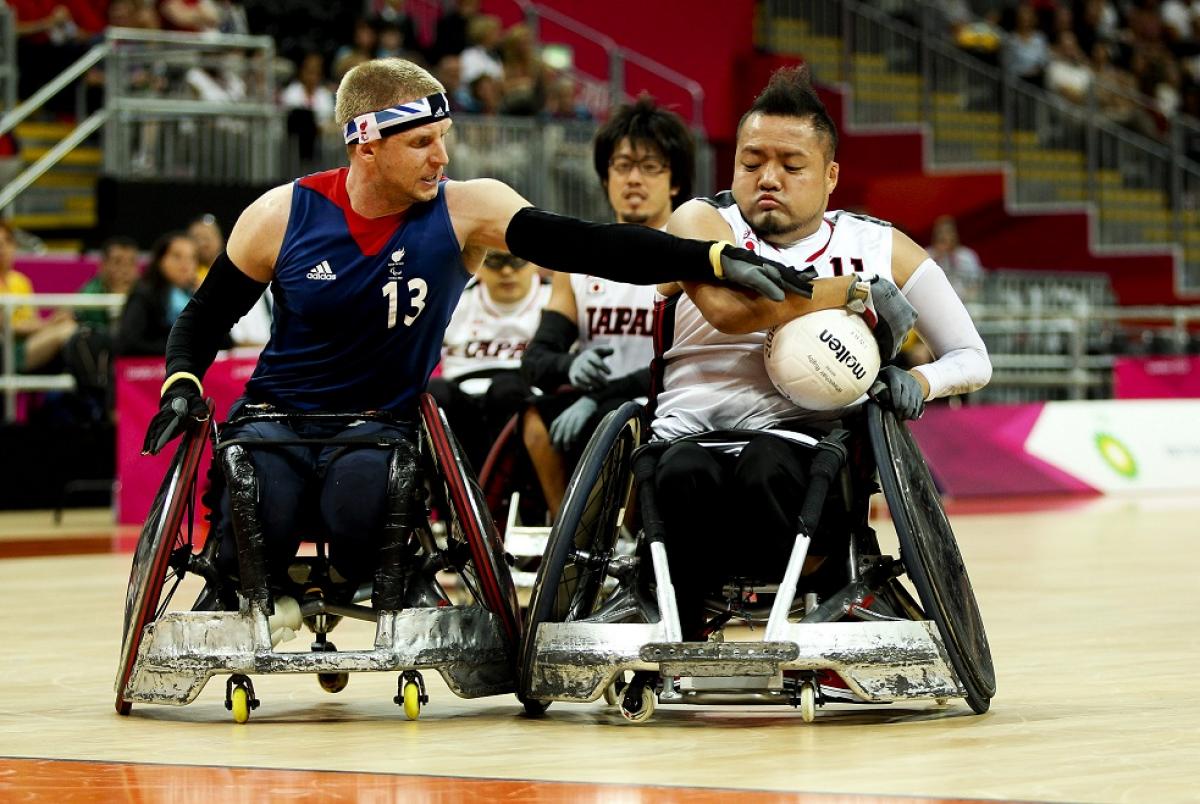 Australia and the USA both ensured they will avoid each other in the semi-final by beating Belgium and France in their final group matches.

Canada produced an inspiring display to defeat Sweden 53-52 in their crucial encounter in Group B in the men’s wheelchair rugby tournament.

Both sides knew that a win would ensure their progression through to the semi-finals, although for much of the game it looked as though Sweden would be the most likely victors.

Leading 28-27 at half-time, the Swedes took advantage of some lacklustre handling by the Canadians early in the second half to increase their lead.

Trevor Hirschfield, however, was influential for the Canadians with numerous important blocks to stop the Swedes adding to their tally. Coach Kevin Orr paid credit to Hirschfield’s work after the game.

Labelling him as “the best player in the world”, Captain David Willsie confirmed the importance of Hirschfield, but admitted the Canadians were fortunate to escape with the victory.

Willsie said: “We rode our lines but came shining though. It’s a great win, but it was hard work.”

In the other crucial fixture in the final round of group matches, Japan defeated Great Britain 51-39 to finish Group A in second position.

Great Britain led after the first quarter; however Japan dominated the second quarter 13-4 to take an 8 point lead into the second half.

“We were behind after the first quarter, but we never lost our composure,” Ikezaki said.

“We were quite calm and that attitude helped us to play well in the second and third periods. This was the key for our win today.”

Aaron Phipps’ 21 points for Great Britain only counted as a consolation and coach Tom O’Connor recognises the need to return to the drawing board and look forward.

“We lacked consistency out there,” he said.

“We need to get our younger players on court a bit more and see if we can develop them.”

Australia and the USA both ensured they will avoid each other in the semi-final by beating Belgium and France in their final group matches.

Ryley Batt scored 29 times in a comfortable 58-43 victory for Australia against Belgium, whereas the USA also made light work of their French opponents – defeating them 70 points to 44.

Australian coach Brad Dubberley is pleased with his side’s performance so far at the London 2012 Paralympic Games.

“It was another great team win,” he said.

“We came here with the intention of winning 20 quarters and we have now won 12 out of 12.

“We’ve shown that we’re a team and it was good to get the newer guys in to give them a run and they stepped up and played really well like we’d expect them to.”