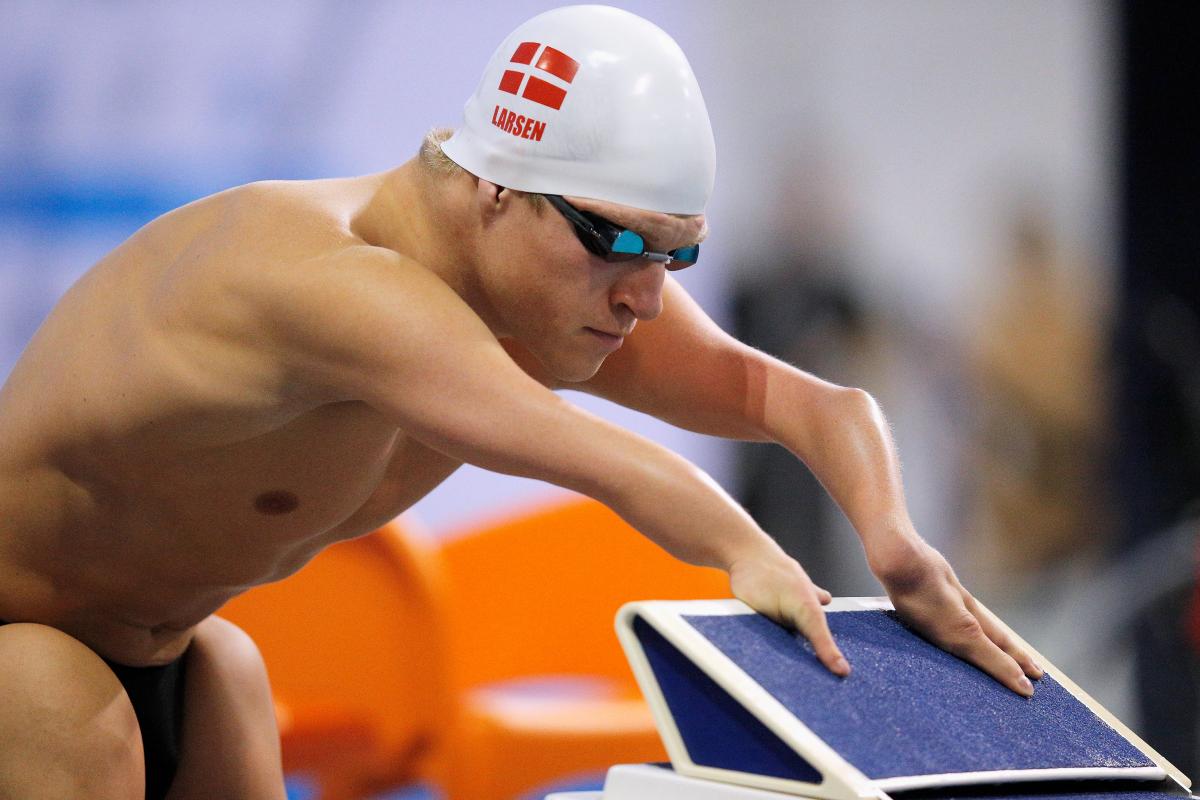 “I don’t feel any extra pressure competing at home. I’m just glad to welcome every athlete to the greatest pool in Denmark."

The start of the World Para Swimming World Series always has added significance for Jonas Larsen. Held once again in his hometown of Copenhagen, Denmark, the Paralympic bronze medallist hopes to put in a strong performance ahead of the Dublin 2018 European Championships in August.

Having finished top of the world rankings in the men’s 150m individual medley S4, while recording top ten standings across four of his other events in 2017, Larsen has proven to be in good form and excited for the season ahead.

“My aim for the World Series this season is simple – I want to step up my times as we come closer to the European Championships,” he said.

But the World Series is about more than just medals for Larsen.

“I don’t actually have a medal target for March. I’m aiming for a good personal time, rather than a good ranking.”

The 25-year-old is looking forward to starting the season at home but does not feel it will make a difference to his performance.

“I don’t feel any extra pressure competing at home. I’m just glad to welcome every athlete to the greatest pool in Denmark. My performance doesn’t change - I would prepare exactly the same way if it was in another country.”

For many swimmers, the main event this year is the European Championships in Dublin – Ireland’s first major Para sport event.

“For the Europeans, I’m aiming for first place, to be European champion in the 150m individual medley like I was back in Eindhoven in 2014,” Larsen said.

“I am preparing with the guys from the Farum Swimming Club where I moved to last summer, as well as with the Danish National Paralympic Swimming team.”

If all goes well this season, he will be in a good position to qualify for the next Paralympic Games at Tokyo 2020. And he still holds fond memories from Rio 2016.

"My greatest swimming achievement so far was my bronze medal in Rio in the 150m individual medley. It was the greatest moment in my career so far and I hope I’ll have the chance to win medals again at Tokyo 2020.”