Four days after winning gold in the Velodrome, Kadeena Cox won gold on the track at the Paralympic Games. 14 Sep 2016
Imagen 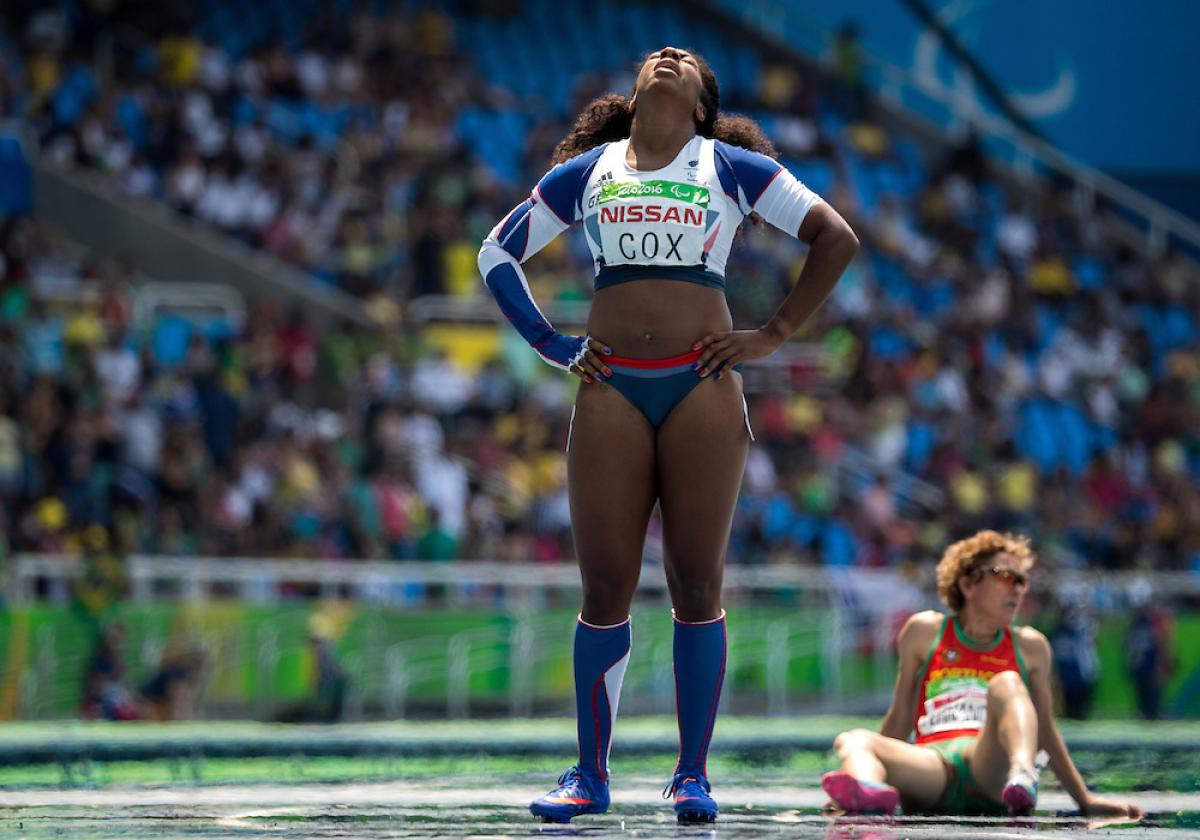 Great Britain’s Kadeena Cox can call herself a Paralympic champion on two separate tracks. Four days after winning gold at the Rio Olympic Velodrome, the 25-year-old added the women’s 400m T38 title to her resume on Wednesday (14 September), day seven of athletics at the Rio 2016 Paralympic Games.

“I crossed the line and I was like ‘Is this it? Have I really done it?’” Cox said. “I’m so happy and so glad that I’ve done it for everyone, everyone that has struggled with chronic conditions, to let them know that it’s not the end and they can achieve things.”

Cox can also call herself the world record holder in both events.

At the Olympic Stadium during the early session, Cox lowered the event’s global standard to 1:00.71. She beat out China’s Junfei Chen (1:01.34), who took silver at the 2015 World Championships in Doha, Qatar. Brazil’s home favourite Veronica Hipolito (1:03.14) concluded her first Paralympic Games with the bronze medal, adding to the silver she won in the 100m T38.

“The cross-training has actually benefited me so much,” said Cox, who won Paralympic gold in the women’s track cycling C 4-5 500m time trial. “I’m strong at the back end because I can cycle a 500m.”

It was a showdown among the top teenagers in the women’s 100m T35.

“She [Holt] and the others are really strong. I wasn't expecting to win so I am really happy,” Zhou said. “I was just hoping to finish in the top three.”

“They are all incredibly, incredibly fast,” Holt said. “It’s great running against such good competition. It's what we come here to do and they definitely delivered.”

“I’m really happy despite all the pain,” Legnante said. “Here it wasn’t important how far I would throw but to get one centimetre more than my opponents.”

“I am feeling a very big joy,” Svechnikov said. “I couldn't believe that I would ever win the Games. It's a real shock for me, but I'm also very happy. I send greetings to my family, my sister, my brothers, to the whole country of Uzbekistan.”

Greece’s Che Jon Fernandes, the reigning world champion, added the Paralympic title to his name after winning the men’s shot put F53 with a throw of 8.44m. The USA’s Scot Severn had his best finish after three Paralympics with 8.41m for the silver. Iran’s Asadollah Azimi (8.14m) secured the bronze.

In the morning heats, the US trio of Tatyana McFadden, Amanda McGrory and Chelsea McClammer all recorded the fastest times to advance in the women’s 5,000m T54.

Germany’s Heinrich Popow won his heat in the men’s 100m T42 and will get a shot at defending his title. Australia’s world champion Scott Reardon clocked the fastest overall to take the second heat.

Brazil will have plenty to cheer for in the men’s 200m T11, after reigning Paralympic and world champion Felipe Gomes with guide Jonas de Lima Silva, and Worlds bronze medallist Daniel Silva and guide Heitor de Oliveira Sales, advanced into the finals.