Just five years after losing his leg in a skiing accident, Austria’s Matthias Lanzinger won a world title in the super-combined. 26 Feb 2013 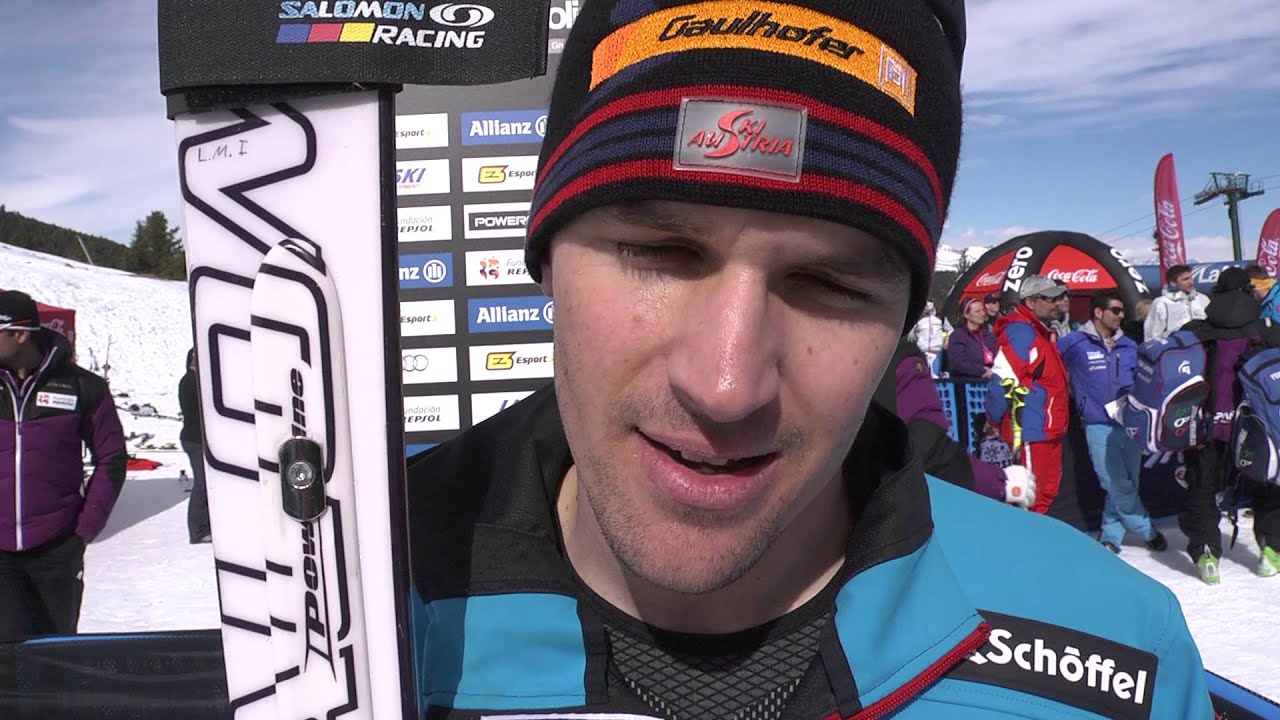 “I’ve been sick for three days now, but I woke up today and I said to myself I had to race. For me to win gold is more than a dream come true."

The 32-year-old, who suffered a double-leg fracture at a FIS World Cup event in 2008 that led to the amputation of his left leg, was victorious in the men’s standing class in the super-combined, the fourth event of this year’s World Championships.

It was Lanzinger’s third medal in La Molina after winning super-G silver and downhill bronze last week. After missing Sunday’s slalom due to illness, he was delighted to make such a remarkable comeback.

“For me gold today is unbelievable,” said a clearly emotional Lanzinger at the finish line. “I’ve been sick for three days now, but I woke up today and I said to myself I had to race. For me to win gold is more than a dream come true.

“I’ve been training now for two years and everything I do is for this sport. I know it’s very hard and very tough to compete at this level. I’ve had to train every day summer and winter and I’ve had to do a lot of training to compete.”

Lanzinger’s time of 1:42.44 placed him ahead of Russia’s 15-year-old prodigy Alexey Bugaev who, in winning silver, claimed his first international medal in 1:42.90. Bronze was won by France’s Cedric Amafroi-Broisat (1:44.89)

The fourth day of competition at the Championships in La Molina saw 92 skiers compete in six classes of the super combined, a discipline that combines one speed and one technical event.

In the morning, skiers competed in the giant slalom before the afternoon’s slalom event decided the eventual medallists.

In the first event of the day, the women’s visually impaired class, Russia’s Alexandra Frantseva, together with guide Pavel

Zabotin, took their second gold of the Championships, adding to the super-G world title they won last Thursday.

The 2011 world silver medallists recorded an overall time of 1:56.21 which was good enough to finish ahead of the Brit Kelly Gallagher (1:58.21) and Slovakia’s Petra Kozickova (2:04.63) in silver and bronze respectively.

Gallagher and guide Charlotte Evans have now won two silvers and a bronze in La Molina whilst it was 22-year-old Kozickova’s first medal of the Championships.

Favourite for the event, Paralympic champion Henrieta Farkasova (guide Natalia Subrtova), was unable to defend her world title after crashing out in a training run this morning and sustaining injuries that will rule her out of the rest of the Championships.

France’s Marie Bochet put in a sensational second run to claim her fourth gold in as many events in the women’s standing class.

After the morning’s giant slalom, Bochet was nearly a second and a half behind Germany’s Andrea Rothfuss who led the field. However the 19-year-old skier showed exactly why she is now four-time world champion in La Molina with a storming slalom run to take gold in 1:55.32.

Bochet said: “I am very, very happy. It was a difficult day for me because I’m a little tired and didn’t do too well in the first run.

“When you are second you always have the goal of going faster and my second run in the slalom was my best ski.

“In Sestriere at the last World Championships I won gold in the giant slalom so hopefully I can now win five from five events.”

Rothfuss has to settle for her third silver in four events (1:57.25) whilst Canada’s Alexandra Starker continued to make the most of her first major international Championships by claiming her second bronze (2:00.49).

Austria’s Claudia Loesch, the winner of Thursday’s super-G, took her second gold of the Championships with victory in the women’s sitting class.

Loesch said: “It’s my second gold and it’s particularly great as I did not expect it. After the super-G the best I thought I could get was second so now I’m more than happy.

“It is a surprise result but I had a really good slalom run.”

Williamson, a bronze medallist at the 2011 World Championships took gold in 1:43.47 to add to the super-G silver and downhill bronze he has already won in La Molina with guide Robin Femy.

The final event of the day was the men’s sitting, which was won by Japan’s Taiki Morii. The 33-year-old now has two world titles to his name – super-G and super combined – as well as a silver in the slalom.

He finished in 1:44.74 ahead of his teammate Takeshi Suzuki (1:47.37) who came into the event as defending world champion. Bronze went to Austria’s Philip Bonadimann (1:47.58) who took gold in Sunday’s slalom.

After the fourth day of competition and 24 medal events, France lead the medals table with eight medals made up of four gold, two silver and two bronze.

The 2013 IPC Alpine Skiing World Championships in La Molina, Spain will run through Wednesday. On Tuesday, skiers will compete in the final individual event, the giant slalom before competition closes on Wednesday with the team event. 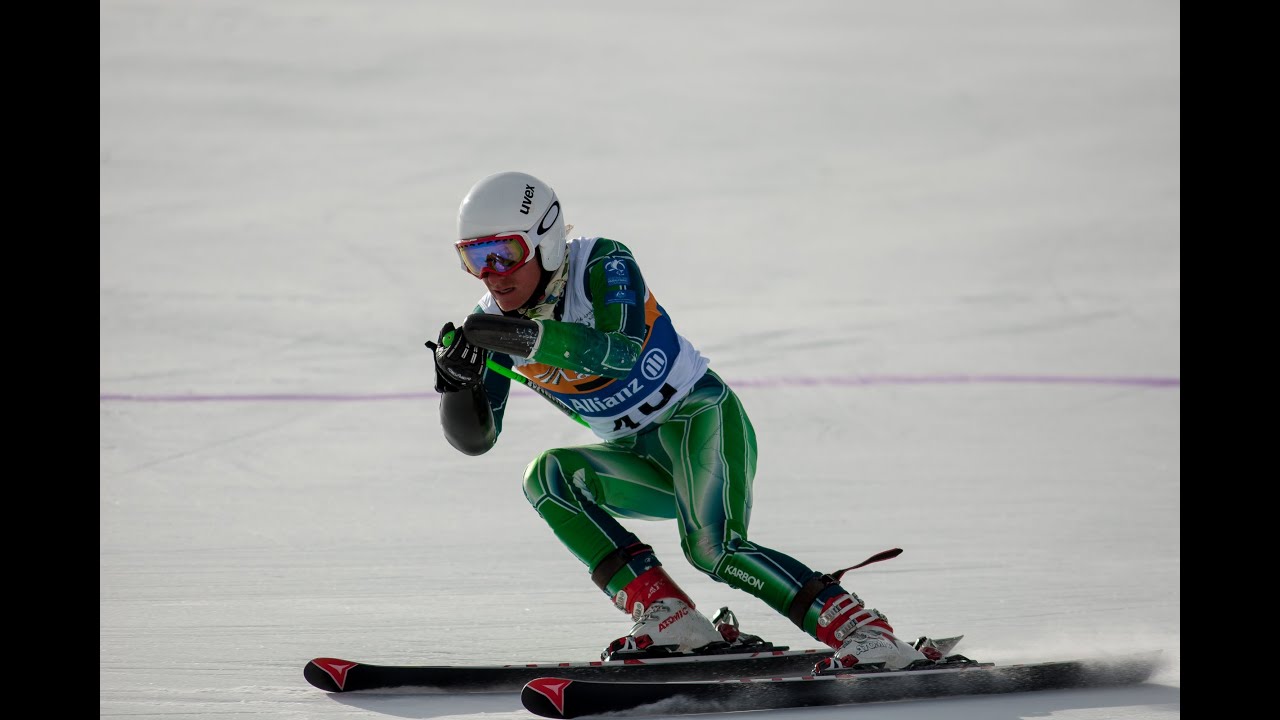