Last shots to be fired in Royal Artillery Barracks

Zhang Cuiping of China is the favourite in the women’s 50m Rifle 3 positions SH1 and Seakyun Park of Korea will defend his title in the mixed 50m Pistol SH1 event. 06 Sep 2012
Imagen 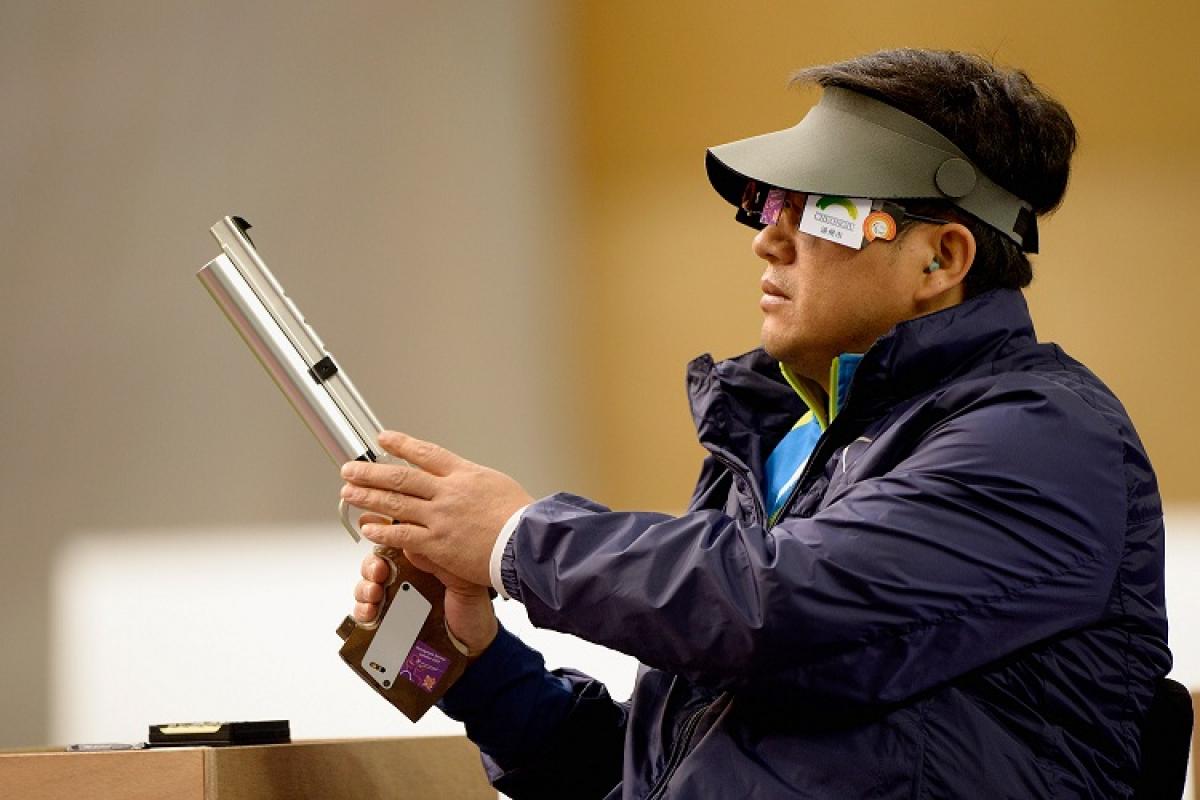 Seakyun Park in action in the London 2012 Paralympic Games.

Zhang won a bronze medal in this event at the Beijing 2008 Paralympic Games, but has been in impressive form at London 2012 and will take some beating.

Korea and China are poised to continue their success in the shooting at the London 2012 Paralympic Games, with the final two events to be contested at the Royal Artillery Barracks on Thursday (6 September).

China sits first on the shooting medal table at London 2012 with three gold medals, while Korea is second with two gold medals. No other National Paralympic Committee has won more than one gold medal and it looks as though this will continue through the final day of the programme.

Zhang won a bronze medal in this event at the Beijing 2008 Paralympic Games, but has been in impressive form at London 2012 and will take some beating.

One woman who has the ability to steal Zhang’s thunder on the final day is Korea’s Lee Yunri. Lee is the Paralympic champion in this event from Beijing 2008 where she set a world record score of 676.9 points. She also won this event at the 2011 IPC world cup in Sydney.

After finishing fourth in the women's 10m Air Rifle standing SH1 final at the Royal Artillery Barracks on Day 1 (30 August), Lee sounded a warning to the field in this event.

"My main event is the 50m event on the last day. I am very confident in that event," she said.

In the mixed 50m Pistol SH1 event, Beijing 2008 Paralympic champion Seakyun Park of Korea looks every chance of winning again. The Korean marksman won the title at Beijing 2008 by setting a world record in qualification and again in the final. He also won the 2010 IPC world championships in Zagreb and will be very keen to add another gold medal to the one he won in the men's P1 10m Air Pistol SH1 competition earlier at London 2012.

Park’s countryman Lee Juhee was the runner-up at Beijing 2008 and will again pose a real threat in this event.

Other shooters in good form at London 2012 who are worth keeping an eye on are Turkey’s Korhan Yamac, Olivera Nakovska-Bikova of Macedonia FYR and Russian duo Valery Ponomarenko and Sergey Malyshev.

Competition at the Royal Artillery Barracks on Day 8 is scheduled to commence at 09:00.