Italy, Thailand and Brazil amongst those to secure quota spots at the IPC Shooting World Cup in Sydney, Australia. 18 Sep 2015
Imagen 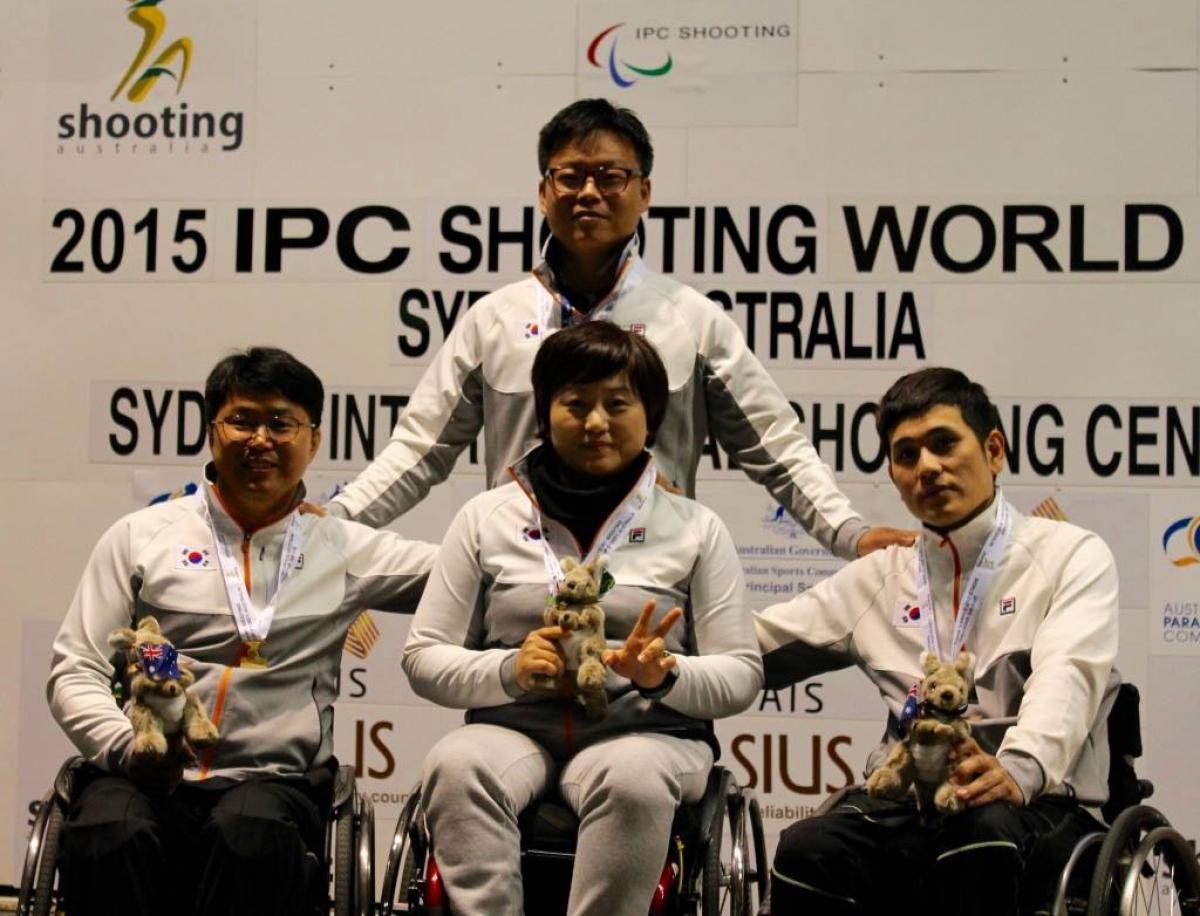 ⒸIPC Shooting
By Jake Smith | For the IPC

“I don’t know how to celebrate; I think all I can do is cry.”

South Korea set their second team world record at the 2015 IPC Shooting World Cup in Sydney, Australia, on Wednesday (17 September), as a host of other shooters secured qualification for their countries at the Rio 2016 Paralympic Games.

Iran were the silver medallists with a final score of 1550 led by Sareh Javanmardidodmani in conjunction with Mahdi Zamanishurabi and Alieh Mahmoudikordkheli.

Chul Park (183.9) went on to win South Korea’s sixth gold medal of the meet in the individual P4, while China’s Chao Yang (180.5) settled for silver. Thailand’s Bordin Sornsriwichai (159.0) wrapped up the bronze and a place for his country in Rio.

Yang opened his finals campaign with a solid 31.4 in the opening series, but the lead soon switched to Park after the third series. The two shooters continued to tussle for the lead, but Park hung on to clinch the gold medal.

Brazilian Geraldo Rosenthal Rosenthal was absolutely elated to find out he had secured a quota spot with a fifth-place finish, despite arriving late to the range and incurring a time penalty.

“I can’t believe it! It’s very special for me,” said an emotional Rosenthal. “I was a little bit disappointed that I was penalised two points for being 30 seconds late, but now that I got the quota it doesn’t matter! I don’t know how to celebrate; I think all I can do is cry.”

The quota spot is the second for the hosts of the 2016 Paralympics, with Debora Campos already securing a place.

The R3 (mixed 10m air rifle prone SH1) was the most hotly contested event at the competition so far attracting a total of 53 shooters.

South Korea’s world champion Jinho Park and China’s Xiao Hong Bai’s fought their way through to the fight for gold.

It was Jinho Park (211.6) who came out on top to claim his second individual gold medal of the week. Bai (209.3) collected the silver, and Turkey’s Savas Ustun (188.4) rounded out the podium for bronze.

Ustun and Italian fourth-place finisher Massimo Croci both collected tickets to Rio for their respective nations. The women’s quota spot went to China’s Huan He.

The United Arab Emirates (1893.9) secured gold in the R3 team event with a team comprised of Abdullah Sultan Alayrani, Abdullah Saif Alayrani and Saif Alnuaimi. They were followed onto the podium by the Chinese trio of Bai, Dingchao Gou and Huan He (1884.7). South Korea (1879.2) were third with Jinho Park, Sunghcul Ju and Yunri Lee.

The World Cup in Sydney is the second and penultimate Paralympic qualifier of 2015 and runs until Saturday (19 September). The next and final qualifier will take place in Fort Benning, USA, between 3-7 November. 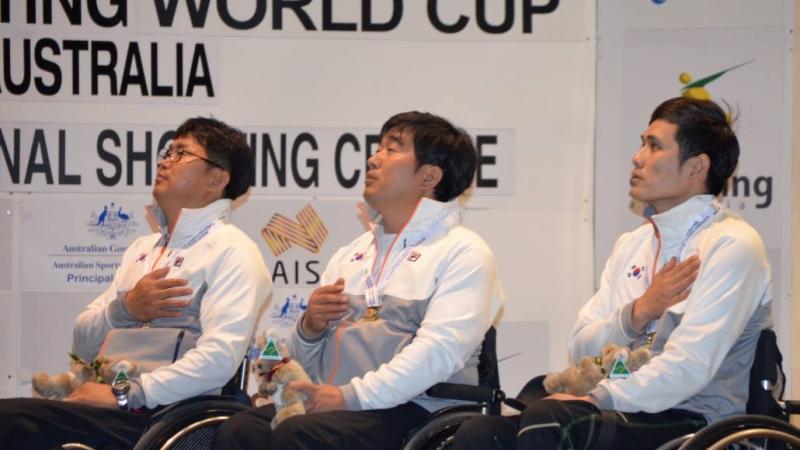 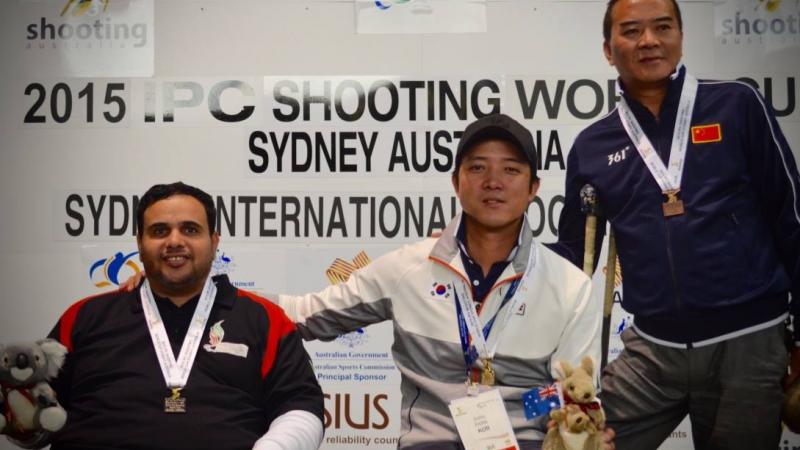