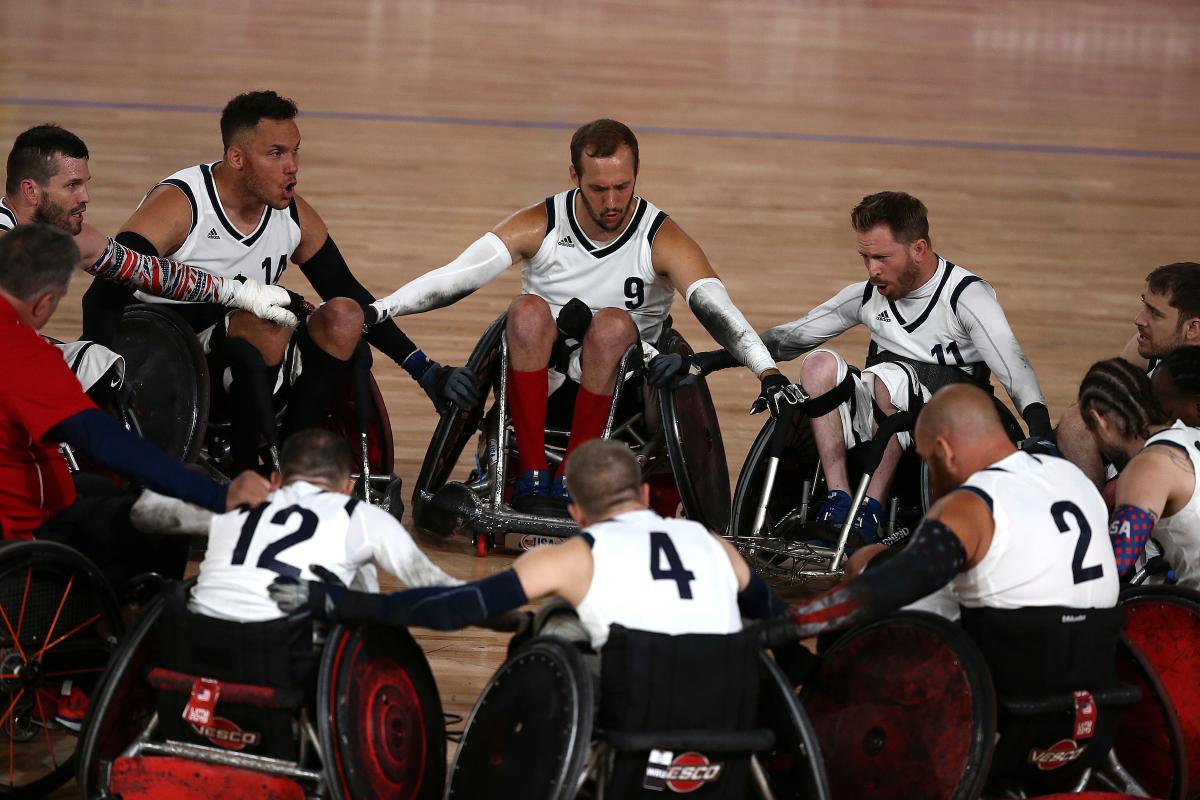 Four years after that painful defeat to Canada in the wheelchair rugby Parapan American final in Toronto, USA took revenge and defeated their North American rivals 58-47 to take the Lima 2019 title.

Chuk Aoki scored 18 tries for the winning side. But it was Canadian Zak Madell who had the most exceptional performance by scoring 27 tries, although it was not enough to power Canada to victory.

In one of the biggest upsets in the table tennis competition at Lima 2019, Chile beat Brazil 2-0 to take gold in the men’s team class 3-5 event. 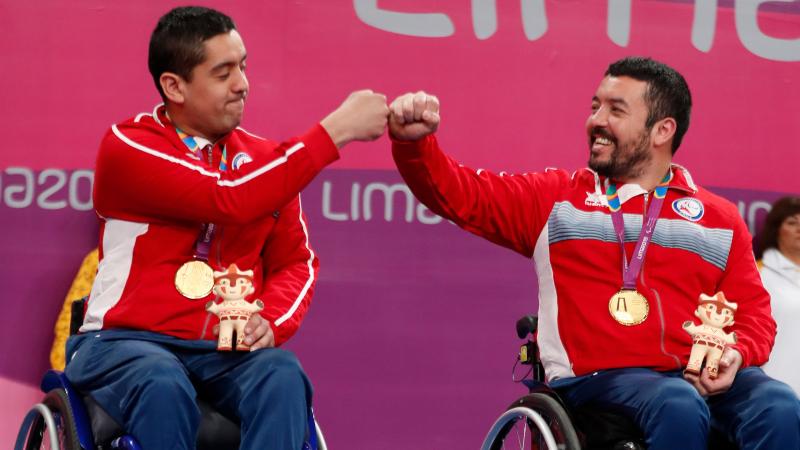 Cristian Gonzalez and Maximiliano Rodriguez defeated David Freitas and Welder Knaf 3-2 in the doubles rubber. After that, Gonzalez beat Freitas also 3-2 to round up the overall 2-0 victory.

Colombia, a nation of cyclists

Nelson Serna and his guide Marlon Perez reached the top of the podium once more, this time in the men’s 1000m time trial B finals.

It was also a successful day for Alejandro Perea Arango. Colombia’s flagbearer at the Opening Ceremony won the men’s individual pursuit C1-3 ahead of none other than USA’s Paralympic champion Joseph Berenyi. 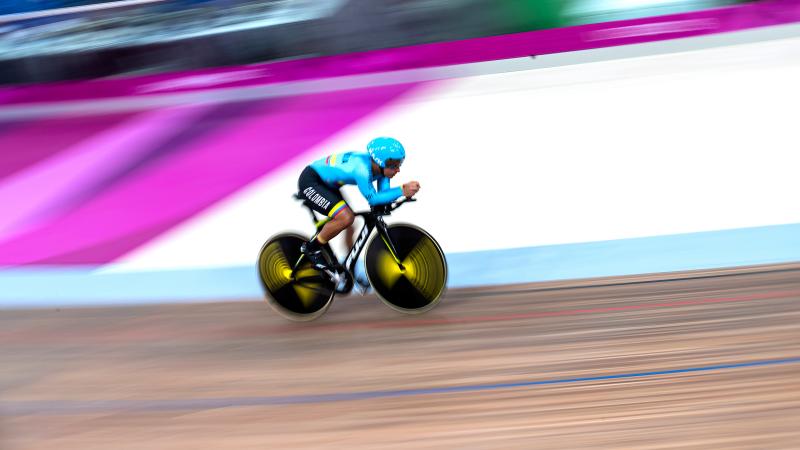 Perea Arango explained his country’s strength in cycling: “There are really good coaches who start guiding riders from a very young age and they learn to love the sport.

“We are given bikes when we are little and we grow loving cycling.”

In the women’s sitting volleyball semi-finals, Brazil beat Canada 3-0 and will next face USA, who achieved a 3-0 victory over hosts Peru. The two nations will also meet in the men’s final after winning their respective semi-finals.