Little wind in sails on day two of competition

Sailors forced to wait on shore and one race is abandoned due to unfavourable conditions on a stiflingly hot day in Rio. 13 Sep 2016
Imagen 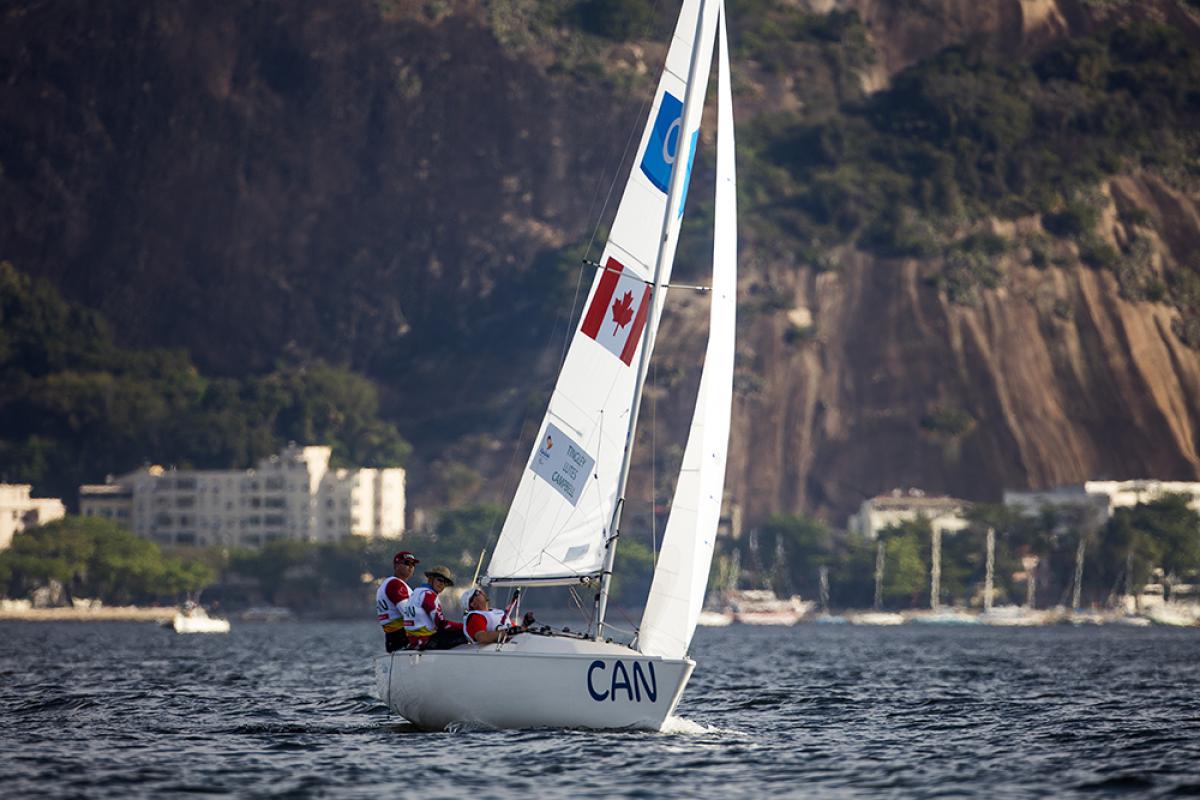 The unpredictable nature of sailing reared its head in Guanabara Bay on day two of the Rio 2016 Paralympic sailing competition as only one race apiece was completed for the Two Person and Three Person Keelboats.

A wait onshore was all the morning could offer for the expectant sailors as, on the hottest day of the Paralympics so far, the wind took its time to materialise for suitable racing conditions.

With a delayed start, time was not on the race committee’s side to complete a full schedule, and there were further setbacks when the One Person Keelboat (2.4 Norlin OD) fleet were forced to abandon mid race.

In the only race of the day for the Three-Person Keelboat Sonars, the Canadian team, led by Beijing 2008 2.4 gold medallist Paul Tingley, held on for a very tight win after a good start. Only two seconds separated the top three on the Pao de Acucar (Sugarloaf Mountain) race area.

Australia’s Colin Harrison, Russell Boaden and Jonathan Harris remain top of the leader board on eight points with a fifth placed finish to add to their impressive first day. Day two, however, belonged to Canada’s Tingley, Logan Campbell and Scott Lutes who move up to second place on 11 points with the only bullet on offer.

In the Two-Person Keelboat – SKUD18, London 2012 gold medallists Australia’s Daniel Fitzgibbon and Liesl Tesch, seem to be in the mood for another gold medal. It was another dominant performance by the pair as they led at every mark to take the bullet on the Escola Naval race course.

Poland’s Monika Gibes and Piotr Cichocki secured second, a position that will help them up the leader board as a protest late on day one wiped off a third from their overall score.

Although racing began on the Escola Naval course for the 2.4 Norlin OD, the race was abandoned due to the first mark time limit of 25 minutes not being met.

France’s Damien Seguin explained: “The first upwind was too long. 25 minutes was just too long for us to reach the first mark so we abandoned.”

With no racing, the day one leader board remains unchanged with Great Britain's Helena Lucas on top with three points, Germany’s Heiko Kroeger second on five with Dee Smith (USA) in third and Matt Bugg (AUS) fourth on eight points.

Sailing will resume on Wednesday (14 September) with three races scheduled at the earlier time of noon local time to catch up on the missed races from day two.