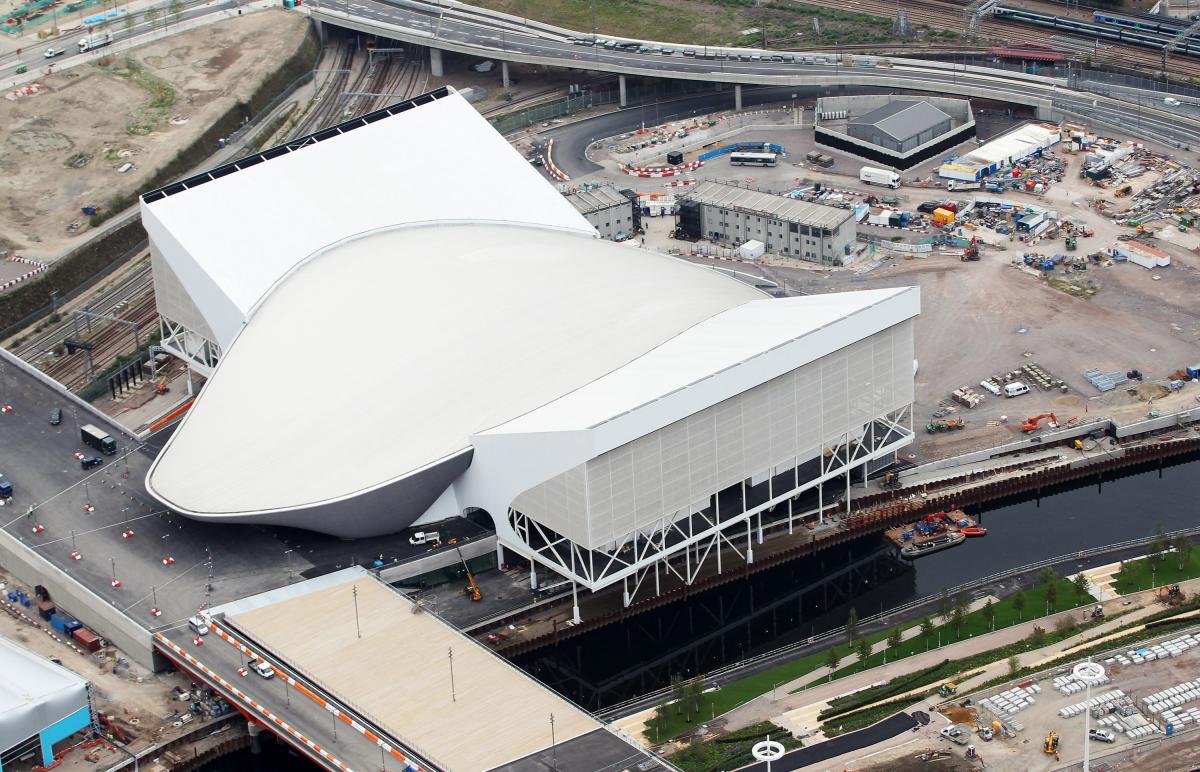 The wave-shaped Aquatics Centre is the fifth and final permanent venue to be officially completed for the London 2012 Olympic and Paralympic Games.

The £269 million ($442 million) Aquatics Centre joins the Olympic Stadium, the Velodrome, the multi-use handball arena and the International Broadcast Centre (IBC) which have changed the skyline of London's Eastern approaches.

The Aquatics Centre, which houses two 50-metre pools and a diving pool and can seat 17,500 spectators during the Games, will host the Swimming competitions during the London 2012 Paralympic Games. More than 600 athletes will dive in the 50-metre pool and compete for the medals in 148 events.

More than 3,600 people have worked on the construction of the venue and over 370 UK businesses have won contracts including the steel for the roof from Wales, pool lights from Scotland, pumps from Bedfordshire, under-floor heating by a company from Newcastle-upon-Tyne and water testing done by a Flintshire-based business.

World class swimmers at the London 2012 Paralympics will include multiple Paralympic gold medallist Eleanor Simmonds, who is looking forward to be competing on home grounds, as well as South African star swimmer Natalie DuToit and Australian Paralympic and World Champion Matt Cowdrey.

Swimming is one of 20 sports on the programme for the London 2012 Paralympic Games, which take place from 29 August to 9 September. To sign up for tickets visit www.tickets.london2012.com.