Mexico´s 17-year-old swimmer hopes the Youth Parapan American Games can spring board for her to the next Paralympics. 23 Mar 2017
Imagen 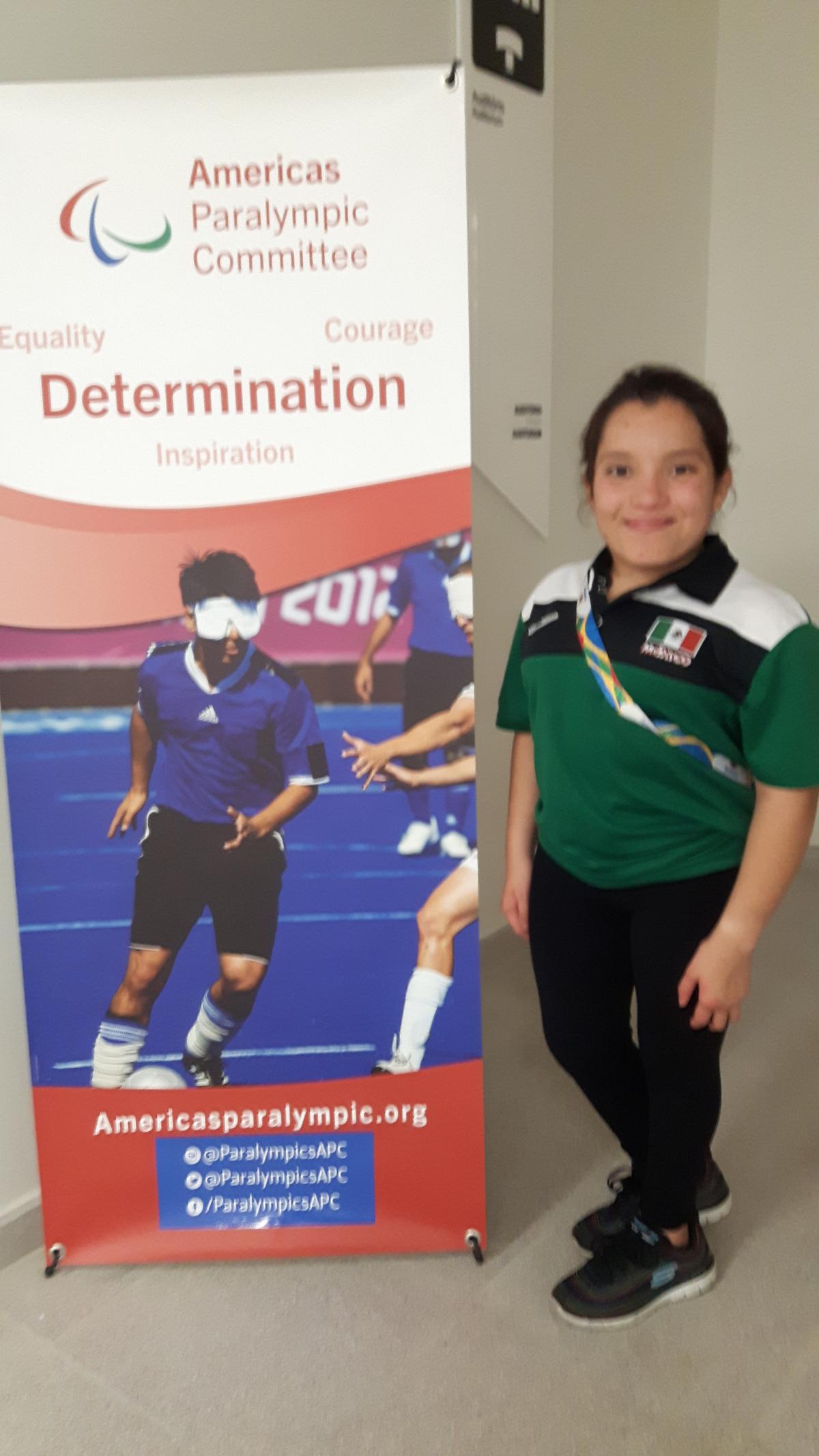 Mexican Valeria Lopez is hoping her experience at the 2017 Youth Parapan American Games in Sao Paulo, Brazil, can help her improve her swimming skills ahead of the Tokyo 2020 Paralympic Games.

“It means a lot to me to be competing in Sao Paulo,” said Lopez. “I love to represent Mexico at international competitions and even more to raise the national flag as high as possible.”

This was Lopez´ sixth overall Youth Parapan Am medal after winning one gold, three silvers and one bronze at Buenos Aires 2013.

“To participate in Buenos Aires 2013 gave me the opportunity to later reach other big international events,” she said.

“I was 14 years old and everything was new to me. Seeing people from different countries all in one place was incredible. But the best part was singing the Mexican national anthem on the podium. That felt great.

“The Youth Parapans are very important as a platform for young athletes to start their sporting careers. Many great athletes from many different countries competed at this Games before going on to participate at the Paralympics.”

Lopez went on to claim gold in the women´s 400m freestyle S6 at the Torono 2015 Parapan American Games, setting a continental record along the way. She also won silver in the 100m freestyle S6.

“Buenos Aires 2013 was the first step towards that gold in Toronto,” she said.

“I did not expect to win the Parapan American title with my family following the race from Mexico. I could not believe it.”

Last year, Lopez made her Paralympic debut in Rio de Janeiro, Brazil. Despite not reaching the podium, she believes it was a positive experience.

“I did not win any medal, but I learned a lot by competing at the world´s biggest Para sport event,” she said.

With two years and a half away from the Lima 2019 Parapan American Games, and then the Tokyo 2020 Paralympic Games, Lopez hopes competing at Sao Paulo will help her qualify for those two major events.

“My biggest dream is to compete at Tokyo 2020 and win a medal, no matter which one.”