As the one-month countdown begins, here are the starts to follow ahead of the World Para Swimming Championships in June 12 May 2022
Imagen 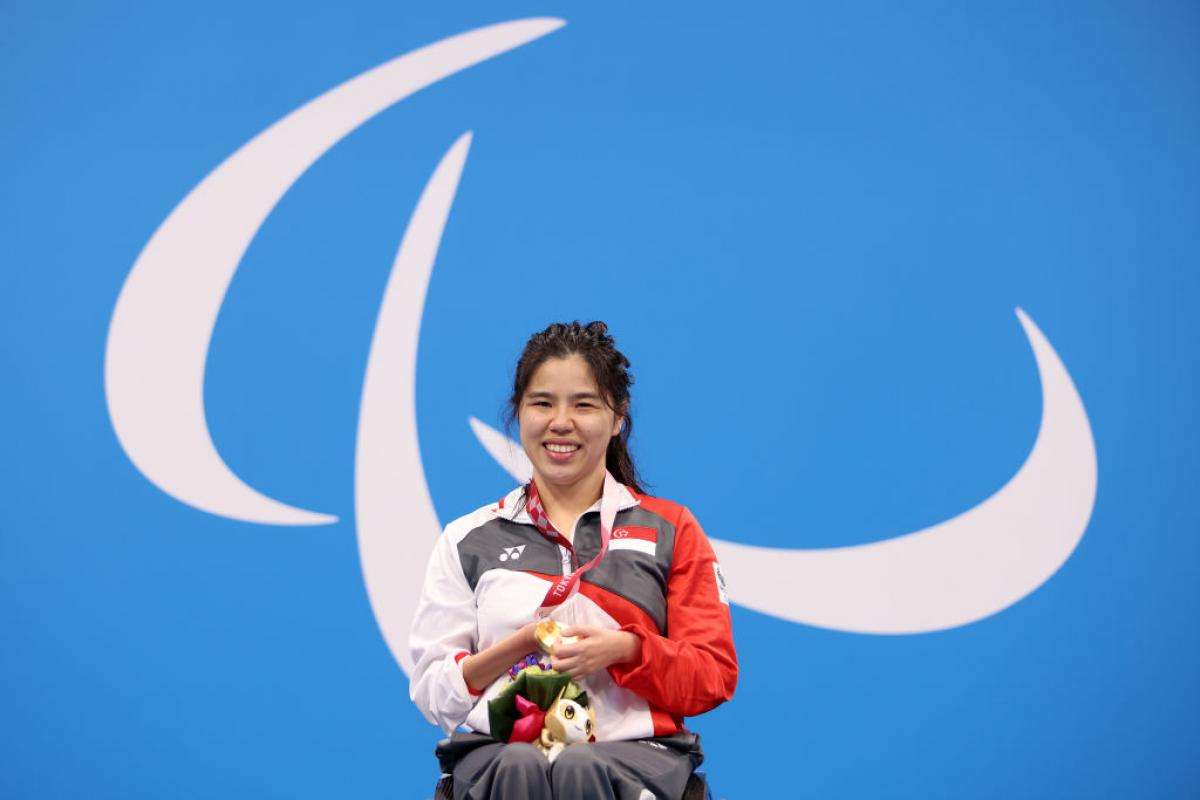 Yip Pin Xiu of Singapore will be one of the stars at Madeira 2022, for her sixth World Championships
ⒸLintao Zhang/Getty Images
By Aurore Gander and Rafael Maranhao | World Para Swimming

Madeira, Portugal will host the first World Championships in three years. As the one-month countdown begins it is time to look at the rising stars and Para swimming legends who will compete at the Penteada Swimming Pools Complex from 12 to 18 June.

Here are 11 names to watch out for!

A social media star with more than 2.3 million followers on TikTok, Anastasia Pagonis is also one of Team USA’s teenage talent. After picking two medals at her first Paralympic Games at Tokyo 2020, including one gold, she will make her World Championships debut in Madeira. Pagonis will be defending her world record in the women’s 400m Freestyle S11.

She also has the coolest goggles of all time. Just saying. #ShowTheWorld // #Tokyo2020 // #TeamUSA pic.twitter.com/ETXnXyMNO1

Following the retirement of Paralympic legend Daniel Dias after Tokyo 2020, Gabriel Araujo emerged as Brazil’s new Para swimming star. Madeira 2022 will be the first World Championships for the 20-year-old who medalled in all his three events at Tokyo 2020. Araujo bagged two golds (50m and 200m freestyle S2) and a silver in his Paralympic debut, and captivated the audience with his talent and big smile.

The youngest athlete to compete at the Tokyo 2020 Paralympic Games at only 14 years of age, Husnah Kukundakwe has become an inspiration to young persons with disabilities in her country but she is not a newcomer when it is about World Championships. Kukundakwe made her debut at London 2019 as a 12-year-old competing in two races. This year, she won her first medal in an international event at the Para Swimming World Series in Lignano Sabbiadoro, Italy in March.

✨I promised you to keep making history for my country. First International Para Swimming medal✨

💬"It was all fun for me at Lignano Sabbiadoro in Italy World Series. Getting two medals and qualifying for finals of all my events was mob."

Maisie Summers-Newton took Para swimming after seeing Ellie Simmonds extraordinary performances at the London 2012 Paralympic Games. Today, she is the inspiration for a lot of future swimmers! At 19 years old, she has won all possible titles: European champions, world champions and Paralympic champion (twice!) at Tokyo 2020. With a great season start at the Para Swimming World Series Great Britain in Aberdeen (four golds and one silver), she will be one of the leading names in Team Great Britain at Madeira 2022.

We saw a glimpse of how good @maisiee26's favourite stroke was looking in her medley win yesterday, and she's delivered another title this evening in the Women's MC 100m Breaststroke 🏆 #Aberdeen2022 pic.twitter.com/tffgGvVKdX

Another athlete with a very good start of the season, Rogier Dorsman grabbed five gold medals at the Para Swimming World Series in Berlin at the end of March, sending a powerful message to his opponent. With three Paralympic titles from Tokyo 2020 and two world titles to defend, the 22-year-old will try to add more gold to his impressive prize list.

Does Rogier think he can clinch another medal in Tokyo?

“You never know. Maybe this one gives me wings! Maybe nothing is impossible after all.”#ParaSwimming #Paralympics #Tokyo2020 @Paralympics @Tokyo2020 pic.twitter.com/Cx9g8XfWAk

With two golds and one silver in the last Paralympic Games, Rowan Crothers will be one of the top names in the traditional Australian squad at Madeira 2022. For his third Worlds, he arrived with a lot of experience and three bronze medals grabbed at London 2019. For the upcoming edition, he will try to transform bronze into gold, to add the only medal missing in his collection. Crothers also picked two golds at the home Para Swimming World Series Australia in Melbourne in February.

The best reaction to winning an amazing race 😅

Splash and Dash champion, Rowan Crothers, claimed the crown in the 50m Free S10 in a time of 23.21 💪#ReadySetTokyo | #Paralympics | #Paraswimming | @AUSParalympics pic.twitter.com/dPNZbSTE5y

Although it was not his World Championships’ debut, London 2019 marked Simone Barlaam’s breakthrough in the international stage. The Italian left the British capital with five golds and one silver in six races. Last year, Barlaam bagged a gold in the men’s 50m freestyle S9 in his Paralympic debut at Tokyo 2020. At only 21, he has already won all possible major titles. After his appearance in the Guinness World Records 2021 book, what is next for Barlaam?

For the second time in her young international career, Susana Veiga will experience a major event in her home country. At the Madeira 2020 European Open Championships, she grabbed one gold and one silver. This year, she will lead her country as the Portugal’s team star she is. With her experience as a World Championships medallist, with one silver in 2019, she has the keys to achieve another great performance.

Since his international senior debut in 2004, Japan’s Takayuki ‘Taka’ Suzuki has participated in five editions of the World Championships. With his 11 world medals, but only one gold so far, he will try to use his experience to reach a second world title. After his gold in the men’s 100m freestyle S4 at his home Paralympic Games last year, he seems to ready for more at Madeira 2022.

Fifth #Paralympics for Taka Suzuki and his second #Gold ever!!

Singapore’s Paralympic legend continues to impress in the water and out of the pool. Since her successes at Tokyo 2020, with two gold medals in two events, Yip Pin Xiu has done a lot! Recently awarded with the Emerging Leadership prize in the 2022 International Women’s Day Recognition, presented by the International Paralympic Committee, she also made her return to international swimming at the Para Swimming World Series in Berlin. The first-ever Singaporean medallist at the Paralympics will be back at Madeira 2022 for her sixth World Championships, always at the top to perform.

The Ones to Watch often brings ten names to follow but no list can be complete without the world’s most decorated active Para swimmer. Jessica Long will be heading to her seventh World Championships at Madeira 2022, where she can reach her 50th medal in the competition. Since the Athens 2004 Paralympic Games, her first international major event, the US swimmer has built an outstanding prize collection composed of 29 Paralympic and 44 World Championships medals. After her six podiums and three triumphs at Tokyo 2020 we can expect Long to write a new chapter as a Para swimming legend at Madeira 2022.

This year there isn't a February 29th, but she's celebrating with 29 Paralympic medals instead. 💯

More information about Madeira 2022 can be found here. 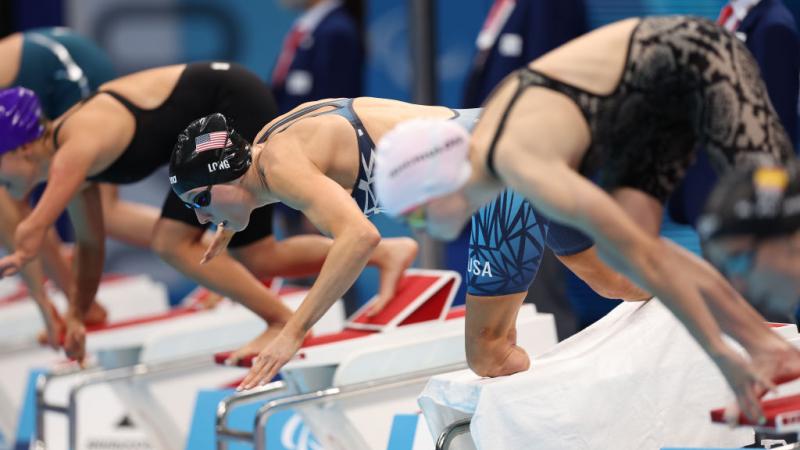 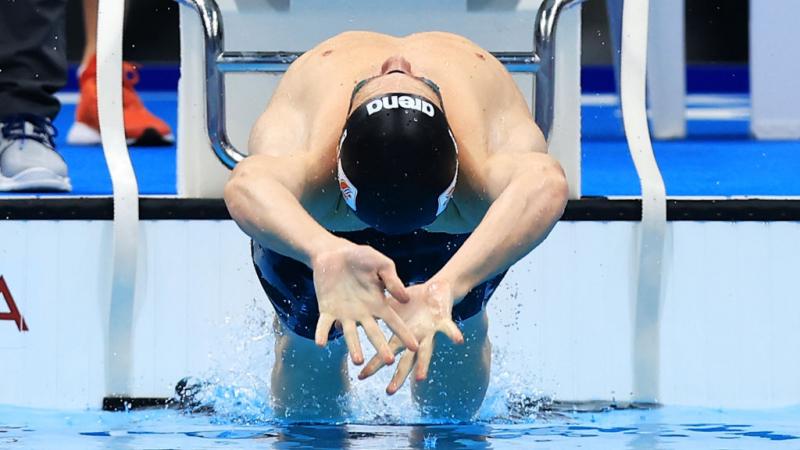 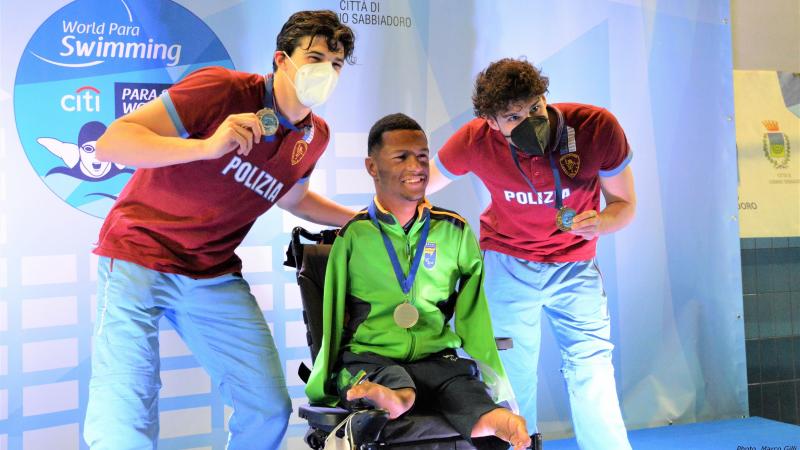 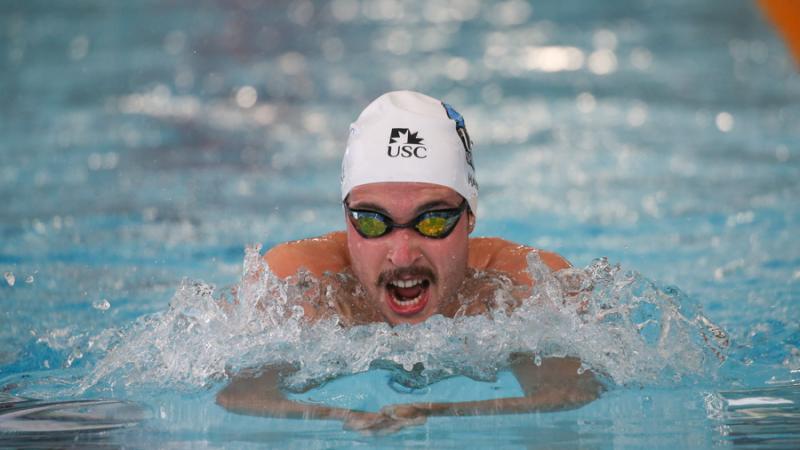