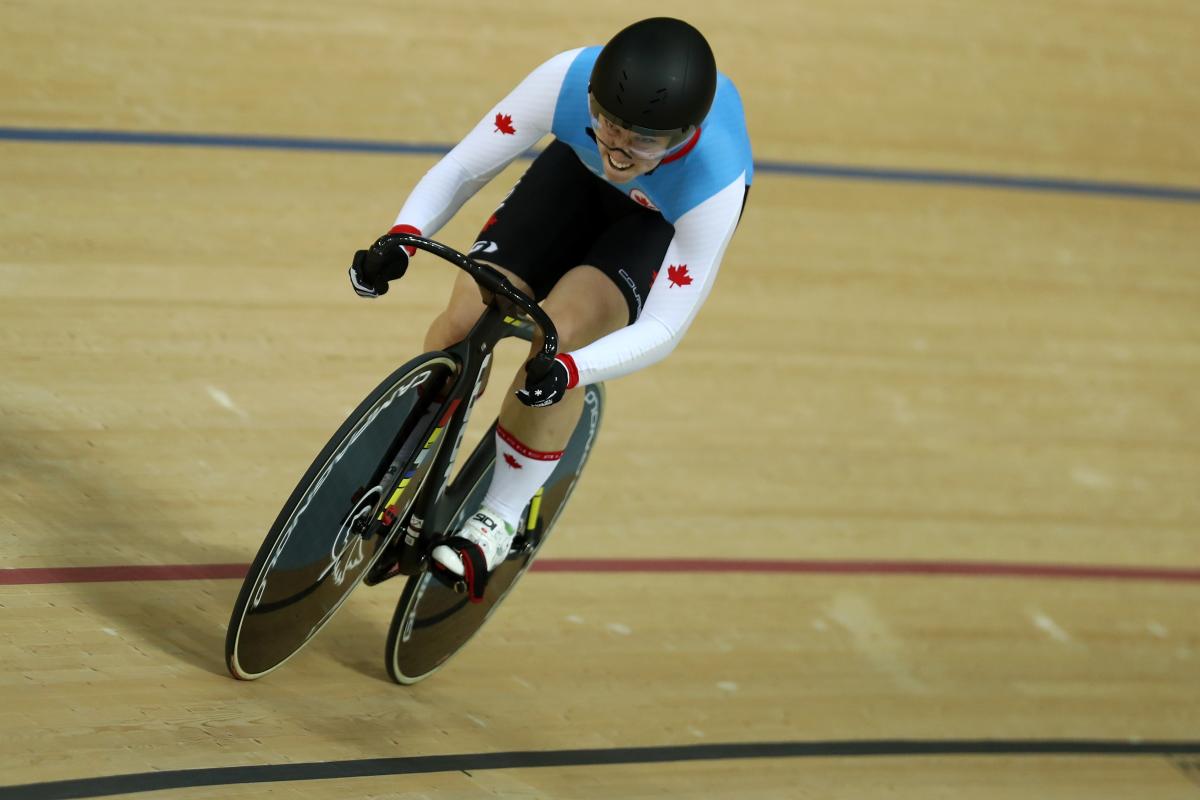 None was more emotional than Canada’s Kate O’Brien taking the gold medal and rainbow jersey of world champion in the women’s 500m time trial C4.

It is a brilliant moment for any rider to earn the stripes on their home track, but for O’Brien it was an amazing chapter in her story as she set a new world record at her first Para Cycling Track Worlds in her comeback competition after suffering a serious head injury.

Successive riders gave it their all, but none could come close to the new mark, which broke Brit Kadeena Cox’s record of 37.456s.

It’s a gold medal and a World Record for Kate O’Brien in the women’s C4 500m time trial. A Rio 2016 Olympian, this is @empty_kate's first ever competition in Para cycling following a training crash that took place in 2017. 🥇 @CyclingCanada pic.twitter.com/w9a8ZEtMbY

The Dutch national anthem is already becoming a regular theme at this year’s Track World Championships.

In the tandem team sprint, Larissa Klaassen and her sighted pilot Imke Brommer set off behind Vincent ter Schure and his pilot Timo Fransen, who immediately took an advantage over the Polish tandem riders.

The Dutch men crossed the line after three laps in 49.696 sec (54.330km/h), almost 2 seconds ahead of Angelika Biedrzycka and her pilot Edyta Jasinska.

This was immediately backed up with another Dutch win in the WC5 500m time trial as Caroline Groot went more than 1 second faster than anyone else, putting Para cycling legend Sarah Storey into bronze position with an unmatchable pace.

Great Britain’s Jody Cundy took his seventh consecutive win in the MC4 1km time trial, the world record-holder beating the rest of the field by almost a second.

In the individual pursuit, China’s Sini Zeng and Australia’s Paige Greco retained their rainbow jerseys in WC2 and WC3, respectively.

A new MC2 world record was also set in qualifying by Belgium’s Edwoud Vromant, who went on to bet the mark again in the final as he took gold.

In MC3, Australia’s David Nicholas won the tightest of races to claim a fourth successive title and retain his jersey.

The action from Milton continues on Friday with time trial and tandem pursuit events.