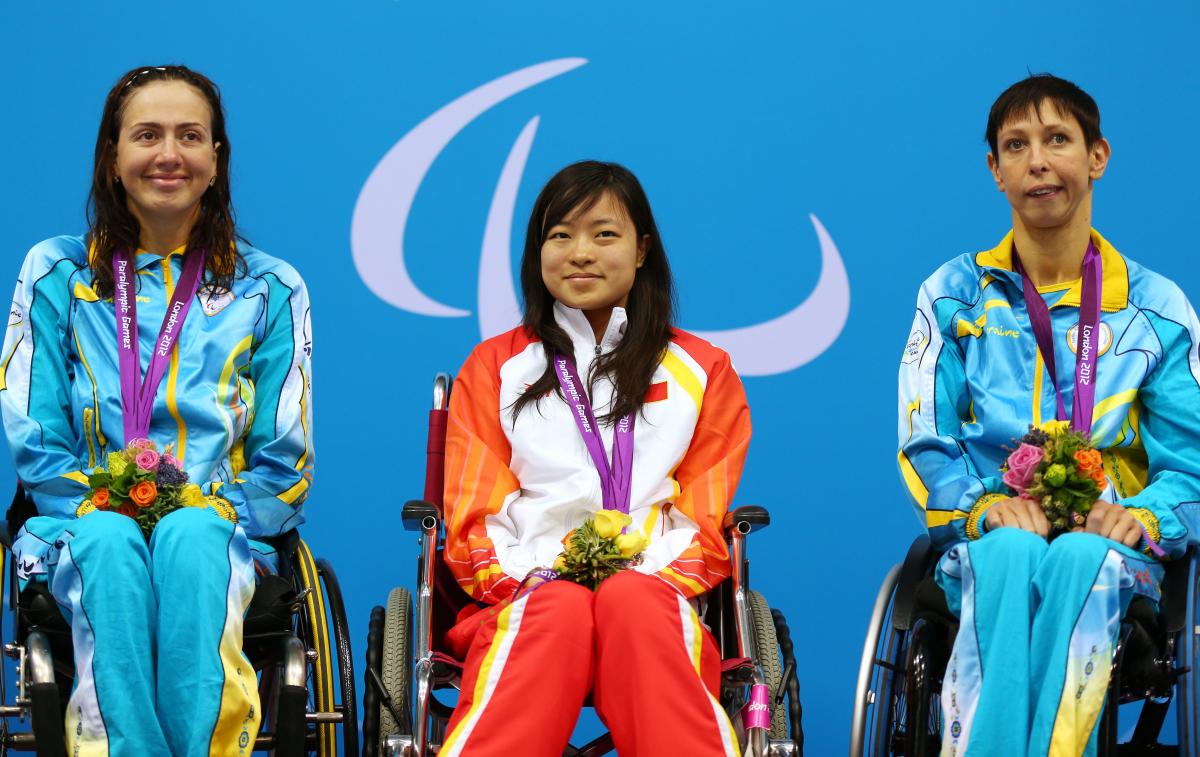 China's Yazhu Feng, centre, poses with her gold medal from the women's 50m backstroke S2 at London 2012. Silver medallist Ganna Ielisavetsk and bronze medallist Iryna Sotska, both of Ukraine, pose next to her.

The 2013 IPC Swimming World Championships will run from 12-18 August and will feature around 500 swimmers from nearly 60 countries.

The 2013 IPC Swimming World Championships will run from 12-18 August and will feature around 500 swimmers from nearly 60 countries. The evening session of the third day of action can be watched live on ParalympicSport.TV.

Outlook: This race could be one of the closest of the whole World Championships, as it features world-record holder Yazhu Feng of China, who set her record time of 1:03.00 at London 2012 to become the Paralympic champion. The Ukrainians make up the rest of swimmers vying for position. Ganna Ielisavetska is the reigning world champion in this event from Eindhoven 2010, finishing second in London but currently ranked world No. 1. Iryna Soska claimed bronze in 2012 and in Eindhoven but is currently ranked world No. 2. Darya Kopayeva, who is currently ranked as world No. 3, collected silver in 2010 and finished just outside of the medals in London in fourth.

Classification: Swimmers in this sport class are able to use their arms with no use of their hands, legs or trunk or have severe co-ordination problems in four limbs. As in sport class S1 SB1 SM1, athletes mostly only compete in backstroke events.

Outlook: Brazilian star Daniel Dias would like to own this race in Montreal, but you cannot count out Great Britain’s Andrew Mullen and New Zealand’s Cameron Leslie. Dias in the Paralympic champion in the event, Mullen is Great Britain’s rising star at just 17 years old and Leslie is a dual sport athlete in swimming and wheelchair rugby.