A morning of broken records at Aquatics Centre 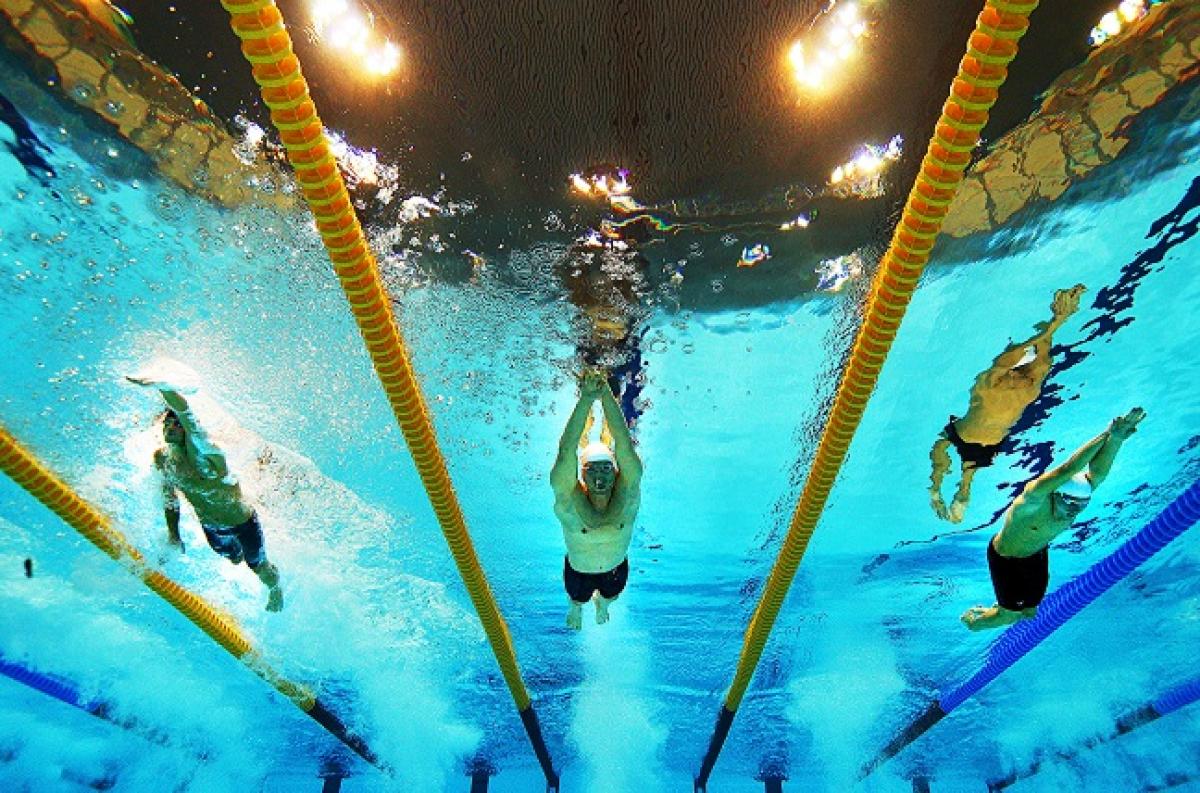 New Zealand has enjoyed vast accomplishment in the pool so far with Sophie Pascoe leading the charge, and this was continued in the women’s 100m backstroke S11 as Mary Fisher powered to a new Paralympic record.

The most exciting race of the day saw Great Britain storm to a three second qualifying victory in the men’s 4x100m freestyle 34 point relay, with Brazil their closest competitors.

Australia were leading the heat going into the last leg, but Robert Welbourn pulled out a domineering swim to spark ecstasy amongst the home crowd. The final at 20:25 is certainly not one to be missed.

The swimming started in an emphatic fashion as Rudy Garcia-Tolson set about continuing the trend by breaking the world record in the men’s 200m individual medley SM7 with a quick 2:35.48.

Speaking after the race about his amazing effort, he said: “I'm happy with that, I'll take it. That was a good morning swim. I've been training since Beijing (2008) for this and I just had to get out there and do my race.”

“It ended up being a world record so I'm pleased with that, but the important thing is to come back tonight and swim it again.”

Ikar Boki, who has enjoyed paramount success in the London 2012 Paralympic Games so far, smashed another world record with a speedy 52.08 to qualify for the final of the men’s 100m freestyle.

New Zealand has enjoyed vast accomplishment in the pool so far with Sophie Pascoe leading the charge, and this was continued in the women’s 100m backstroke S11 as Mary Fisher powered to a new Paralympic record, blowing away her competitors in 1:20.89 to qualify fastest.

And this success was mirrored later by Cameron Leslie in the men’s 150m individual medley SM4 as he cruised to a Paralympic record time of 2:32.96.

Roman Makarov of Russia also looks odds on for a gold medal after he qualified two seconds ahead of his closest rival in the men’s 100m butterfly S12.

14-year old Maddison Elliot put in an imperious performance in the women’s 50m freestyle S8 heats, as she held off strong competition from already triple gold medallist at these games - Jessica Long, and Russian Olesya Vladykina.

Ukraine have been very commanding in the pool so far, and this was proved once more as Dmytro Vynohradets ably strode his way to a new European record of 3:01.99 to qualify fastest in the men’s 150m individual medley SM3.

Meanwhile, Australia’s Daniel Fox qualified strongly in the men’s 200m freestyle S14, finishing a mere 0.01 outside the world record he so badly craves.

However, the swimmer who idolises Ian Thorpe, says he isn’t thinking about the record come the final.

"Some guys think about what they're going to do but I try not to think about the race. I forget about it, shut it out from my mind,” he said.

“When it gets to the race, then I'll think about it but not until then."

Great Britain team celebrates after the 4x100m freestyle 34 point relay heat on Day 4 of the swimming competition in the London 2012 Paralympic Games.