Wheelchair tennis legend faces his favourite manga protagonist on ‘Who is Your Hero?’ 24 May 2018
Imagen 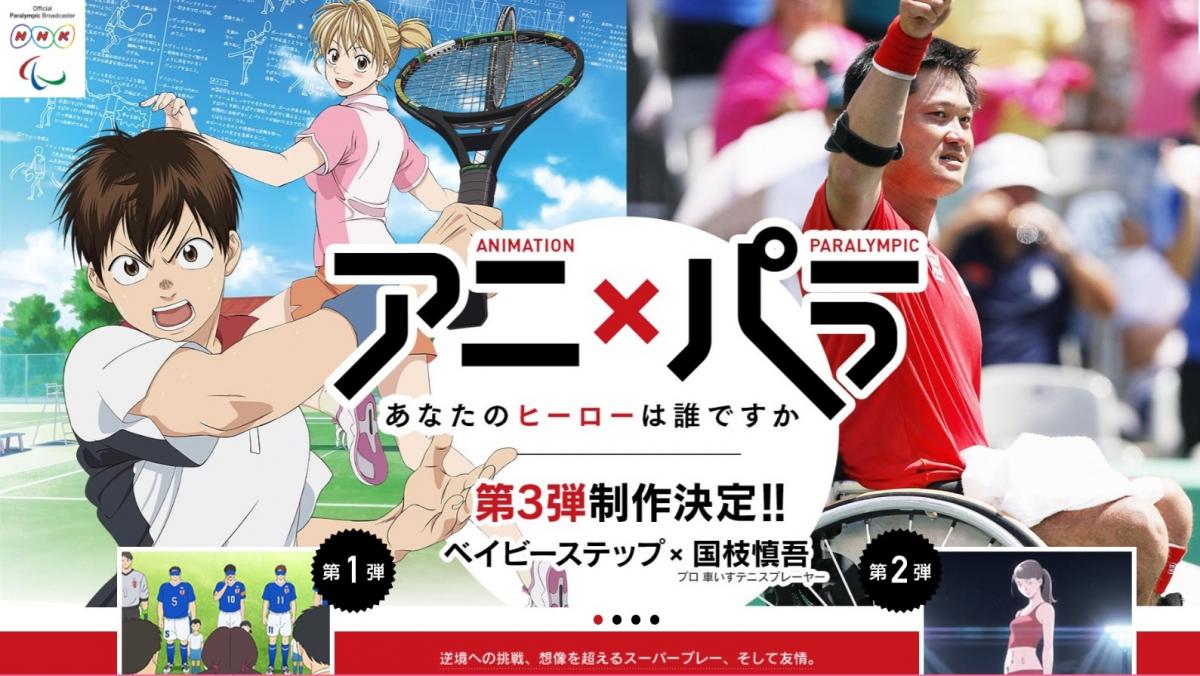 ⒸNHK
By NHK and IPC

Japanese television broadcaster NHK has announced the third episode of the anime series “Animation x Paralympic: Who is Your Hero?” Wheelchair tennis will be the featured sport this time with the presence of a very special guest, Paralympic champion Shingo Kunieda.

The episode with Japanese wheelchair tennis legend marks a new style adopted for the anime series this year featuring real-life Para athletes. The former world number 1 will be part of ‘Baby Steps’, a popular manga series whose anime version was aired by NHK.

Kunieda will challenge Eiichiro Maruo, the protagonist of the manga known as Ei-chan, to a match. Ei-chan is a young tennis player who makes up for his physical advantage with his ball control and power of observation and analysis.

“Baby Steps” is one of Kunieda’s favourite manga. He has read all 47 volumes and occasionally uses them as reference when forming his tactics.

The 34 year-old Kunieda is one of the most successful wheelchair tennis players of all times and has three Paralympic gold medals to his name. He won the singles tournament in Beijing 2008 and London 2012 and the doubles tournament at Athens 2004.

“Animation x Paralympic: Who is Your Hero?” depicts the unknown stories of Para athletes through Japanese anime directed by famous manga artists. Masayoshi Ozaki is the responsible for the new episode.

Born in 1947 in Tokyo, Ozaki is more famous for his work as director and producer of the anime series “Kirby: Right Back at Ya!” and “Ultraman Kids.”

The first two episodes of the NHK anime series were launched in 2017 showing blind football and Para athletics. The series had a great response from the Japanese public on social media and in a survey conducted by NHK.

NHK has the exclusive broadcast and exhibition rights in Japan for the Paralympic Games through to Paris 2024.