Polish paddler Jakub Tokarz stunned many at the 2016 Paralympic Games and is now a person to beat in August’s Worlds. 21 Apr 2017
Imagen 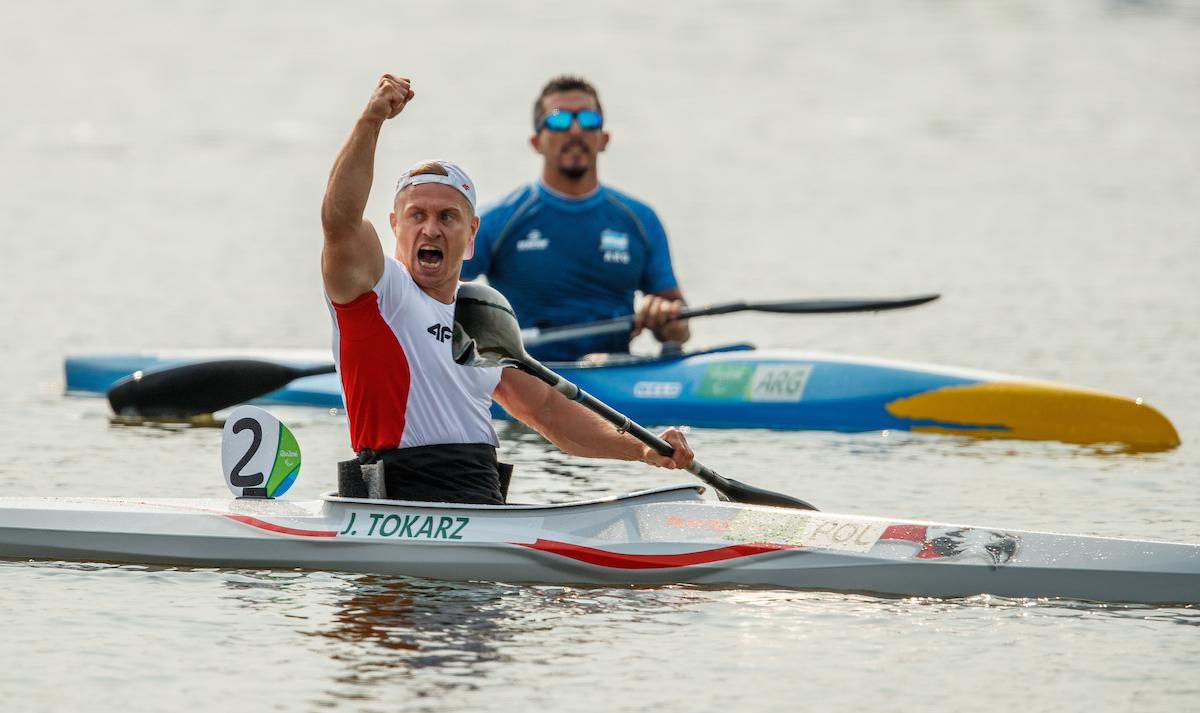 ⒸOlympic Information Services OIS.
By Laura Godenzi | For the IPC

Poland’s Jakub Tokarz celebrated his best career result when he won gold at the Rio 2016 Paralympic Games in the men’s 200m KL1. The success – to the surprise of many – propelled him on the Para canoe radar.

There he could secure first title at the Worlds stage.

“My goal for this season is [to get] the best result again. I am aware that all of my competitors want to win. The result from Rio is history now and I must focus on what is in front of me,” he said.

“I have not won a gold medal at a World Championships yet, even though I have been one of the top paddlers in my class for some years now. I was the runner-up five times.”

He knows he has two opportunities to change at the World Championships, which run from 23-27 August.

“I will compete in two races, the 200m KL1 and VL1 in Racice, it is just another chance to stand on the top,” said Tokarz.

His achievement at Rio 2016 was a surprise for many because the competition did not start as planned for Tokarz; after not making the direct qualification, he had to fight in the semi-final for his spot in the final.

“The preliminaries did not go so well for me. Nevertheless, I managed to get into the finals and then I was 100 per cent focused on my task,” he said.

After this wake-up call and a motivational speech from his coach, the 36-year-old went all out. In a tight race, he sealed the Paralympic title, beating Hungary’s Robert Suba by a margin of .45 seconds to his disbelief.

“I felt that I was in the leading group of the race, under the first three for sure. But the first place surprised me at the finish line. Anyways, after realising it, it was obviously such an amazing feeling to win the most important event in your sport,” Tokarz said.

This glory was especially sweet for the Polish athlete because it was his first gold medal in a major international event.

“I’ve been training [in] canoeing for more than five years and since the beginning I’ve always been in the leader group. I finally won gold now,” he said.

He said his most memorable career moment was being on the podium at the scenic Lagoa Stadium in Rio: “Standing there and listening to the anthem was unique, especially because it was the Paralympic Games,” he said.

“I felt pride and satisfaction thanks to this result after all these years of hard work.”

After the Games, Tokarz took some time off in his hometown Wroclaw and had the opportunity to celebrate his success with family and friends.

Now as the weather gets warmer, Tokarz and his teammates have begun training on the water as well as the gym.

“Unfortunately, they [friends and family] could not watch the live-transmission, but back in Poland many congratulated me,” he said.

“In Poland Paralympic and Olympic medals are perceived the same. It is a great thing and a reason to be proud of.”