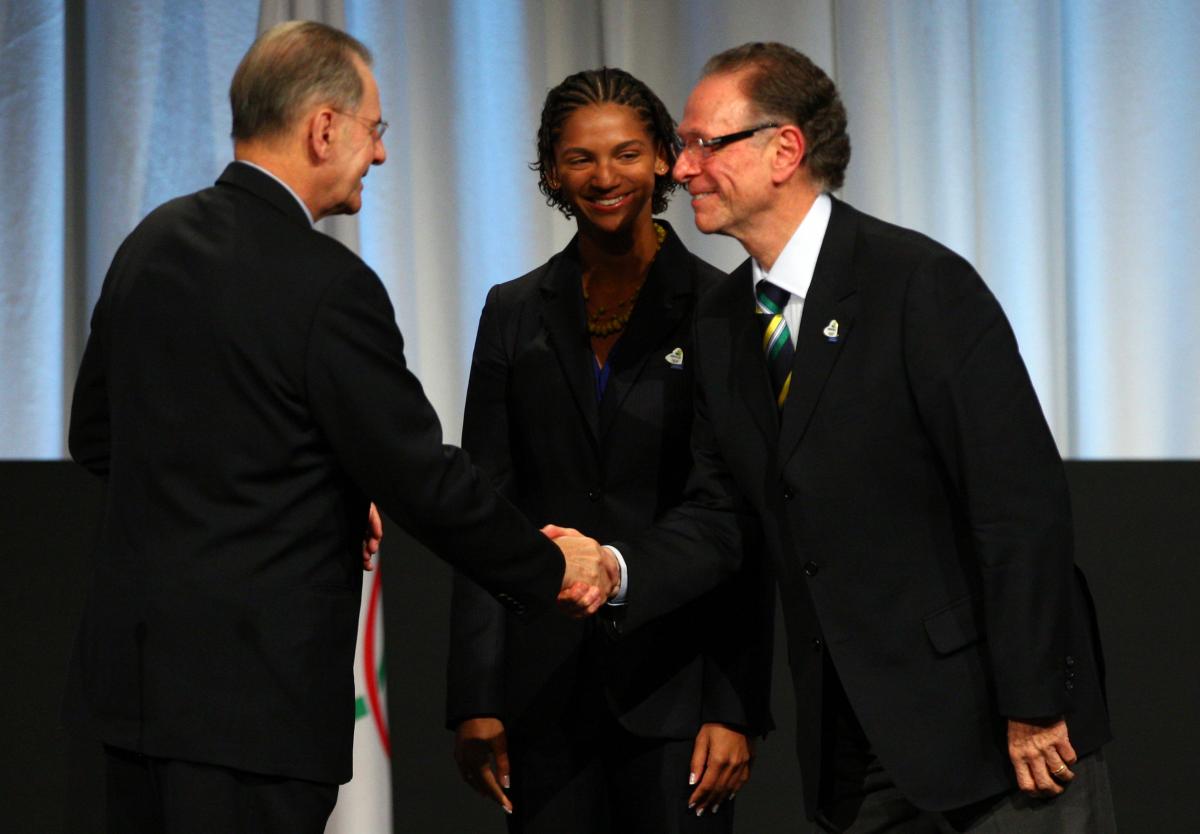 "Rio 2016 will bring opportunities and benefits to society and unprecedented urban improvements."

The President of the Rio 2016 Olympic and Paralympic Organizing Committee, Carlos Arthur Nuzman, has received the Personality of the Year Award from the Brazilian Chamber of Commerce and the Brazilian Embassy in the United Kingdom.

The award ceremony which is organized annually in London since 2001, honours two outstanding leaders who have been particularly instrumental in forging closer ties between Brazil and the United Kingdom.

This year, the awardees were Nuzman and the President of London 2012 Olympic and Paralympic Games Organizing Committee, Seb Coe.

As Presidents of the Organizing Committees in the next Olympic and Paralympic Games, Nuzman and Coe stood out in forging closer ties between the two nations and mutual co-operation for the organization and planning of both Games.

“I feel very honoured to receive this award. Rio 2016 will bring opportunities and benefits to society and unprecedented urban improvements, in addition to boosting development not only in Rio de Janeiro, but all over Brazil. The Games will make the entire nation’s dream come true”, said Nuzman, who received the award from Marcia Lins, Secretary of the Sport of the state of the Rio de Janeiro.