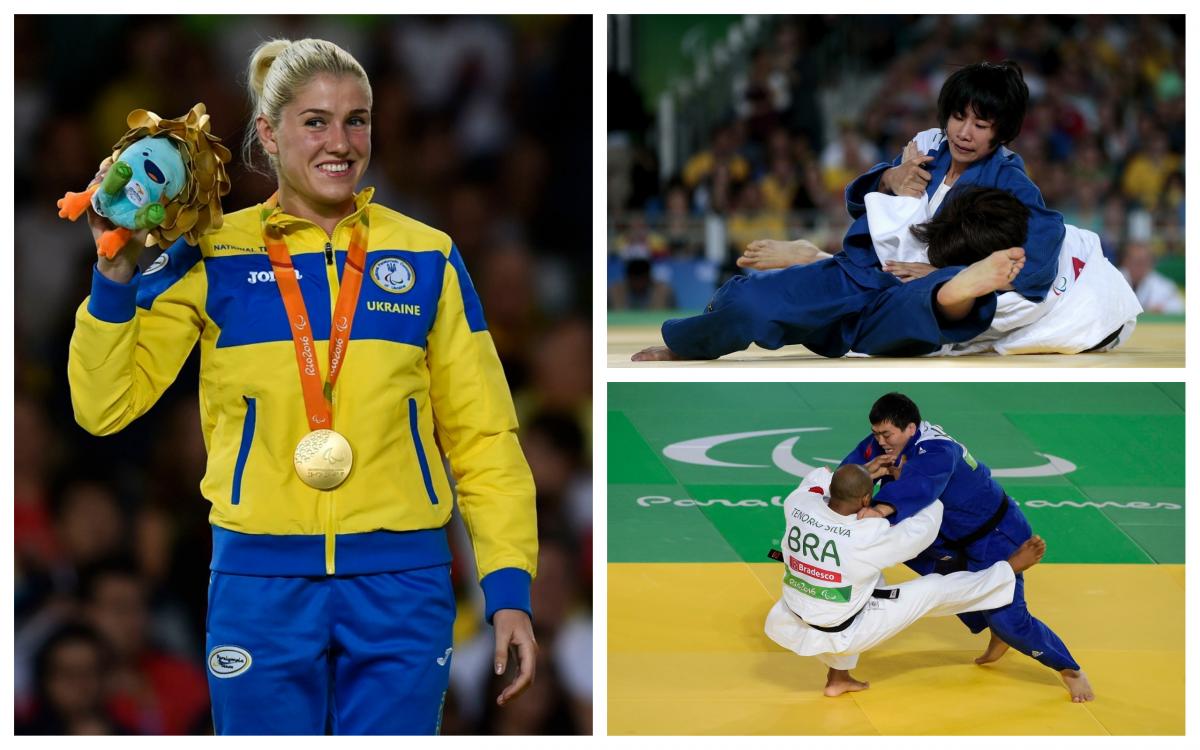 Inna Cherniak, Antonio Tenorio and Carmen Brussig are three judokas to look out for at Odivelas 2018

The world’s best judokas are entering their final stages of preparation towards the 2018 World Championships in Odivelas, Portugal, between 16 and 18 November.

Apart from looking to win the world title, they will be hoping to grab qualification points for the Tokyo 2020 Paralympic Games.

Check out some of them from A-C in IBSA’s A-Z series.

Antonio Tenorio’s list of achievements spans back to 1996 when he made his Paralympic debut in Atlanta, USA, winning gold in the men’s -86kg. Since then the Brazilian has gone on to medal at every single edition.

A rival to Tenorio, Russia’s Abdula Kuramagomedov* is the defending champion in the men’s up to 100kg from 2014. Since 2018, he has reached the podium at two World Cups.

Competing in the men’s up to 66kg, Kazakhstan’s Azamat Turumbetov recently claimed silver at the 2018 Asian Para Games in Jakarta, Indonesia, and is also an Asian silver medallist from last year.

Carmen Brussig is one of Germany’s most prolific judokas, finishing on the podium at nearly all major Championships and Paralympic Games since her debut in the late 90s. Brussig competes in the women’s up to 48kg.

One cannot mention Carmen Brussig without also including her twin sister Ramona. The younger sibling also has an impressive record on the international stage as she holds a Paralympic gold and a silver in the women’s up to 52kg.

Not content with her world and Paralympic title from the women’s -57kg from the last cycle, Ukraine’s Inna Cherniak began competing in the up to 52kg in late 2017. Since making the switch, the 30-year-old has been unstoppable, winning at three World Cups.