With the support of Eleiko, sole supplier for the Rio 2016 Paralympic Games, spectators could try out the sport at the Riocentro Common Domain. 11 Oct 2016
Imagen 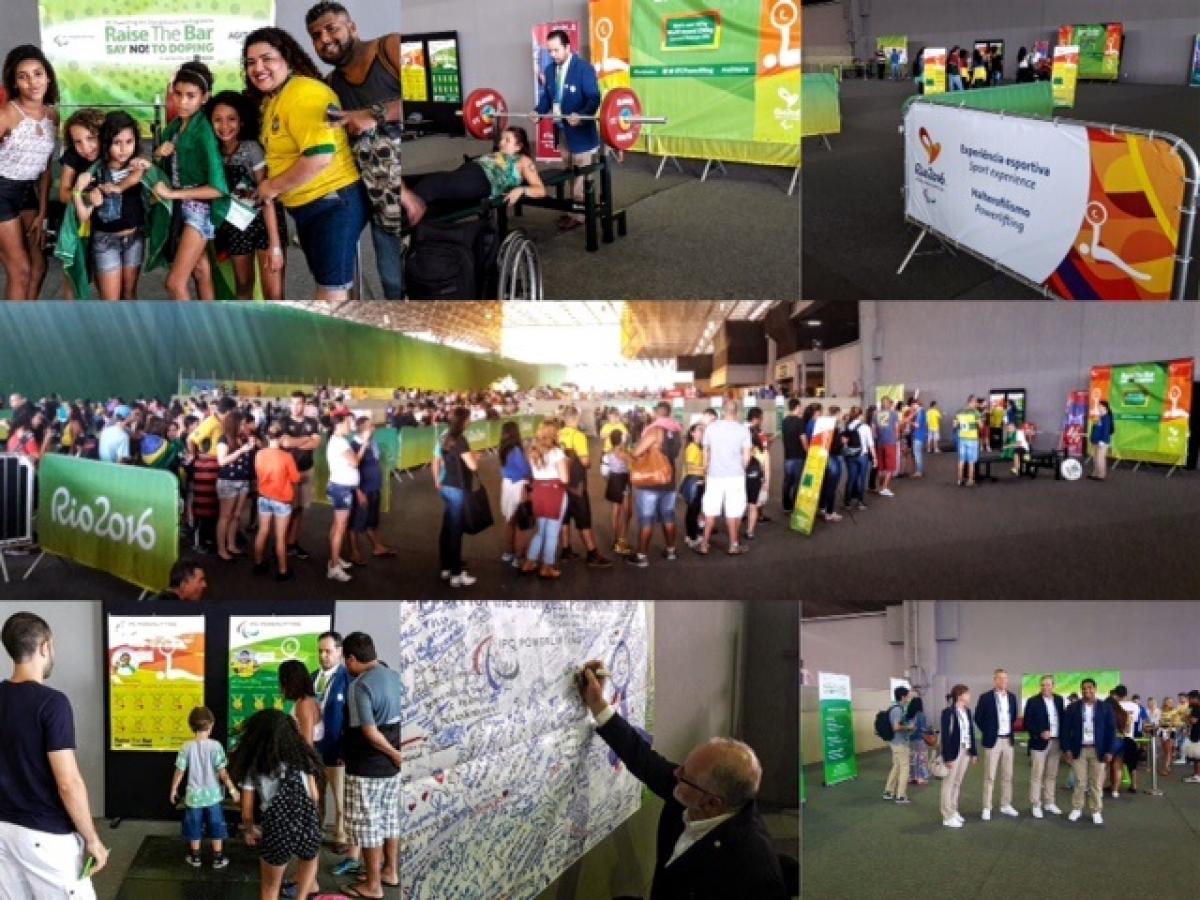 More than 5,000 people visited the powerlifting spectator experience area at the Riocentro Common Domain during the Rio 2016 Paralympic Games, from 8-14 September, with the support of Eleiko.

More than 5,000 people visited the powerlifting spectator experience area at the Riocentro Common Domain during the Rio 2016 Paralympic Games, from 8-14 September, with the support of Eleiko.

Designed with numerous stations to take spectators on a journey through the sport, it educated them upon the rules and regulations of Para powerlifting and gave them an opportunity to leave a message for the world’s strongest Paralympians on a custom sign wall.

Spectators could then weigh in on official competition scales to depict their bodyweight category, before taking to Eleiko’s specially designed Rio look IPC Powerlifting bench to attempt their first lift upon a replica field of play.

Visitors could then make a visual comparison of their lift to the adjacent bar loaded with 296kg, the men’s over 107kg’s previous world record set by Iranian Siamand Rahman’s at an IPC Powerlifting World Cup in Dubai, United Arab Emirates, last February.

In Rio, Rahman broke his own world record with a staggering 310kg lift, the equivalent to a large Siberian tiger, to win his second successive Paralympic gold and cement his status as the world’s strongest Paralympian.

IPC Powerlifting also continued its dedicated anti-doping programme ‘Raise the Bar’ which showed spectators how the sport is committed to educating athletes on the importance of clean sport and the continued efforts being made to tackle doping.

IPC President Sir Philip Craven also visited the spectator experience area and watched some of the cariocas trying out the sport, left some motivational words for the athletes and thanked all the volunteers and IPC Powerlifting’s partner Eleiko who helped to make this area a great success.