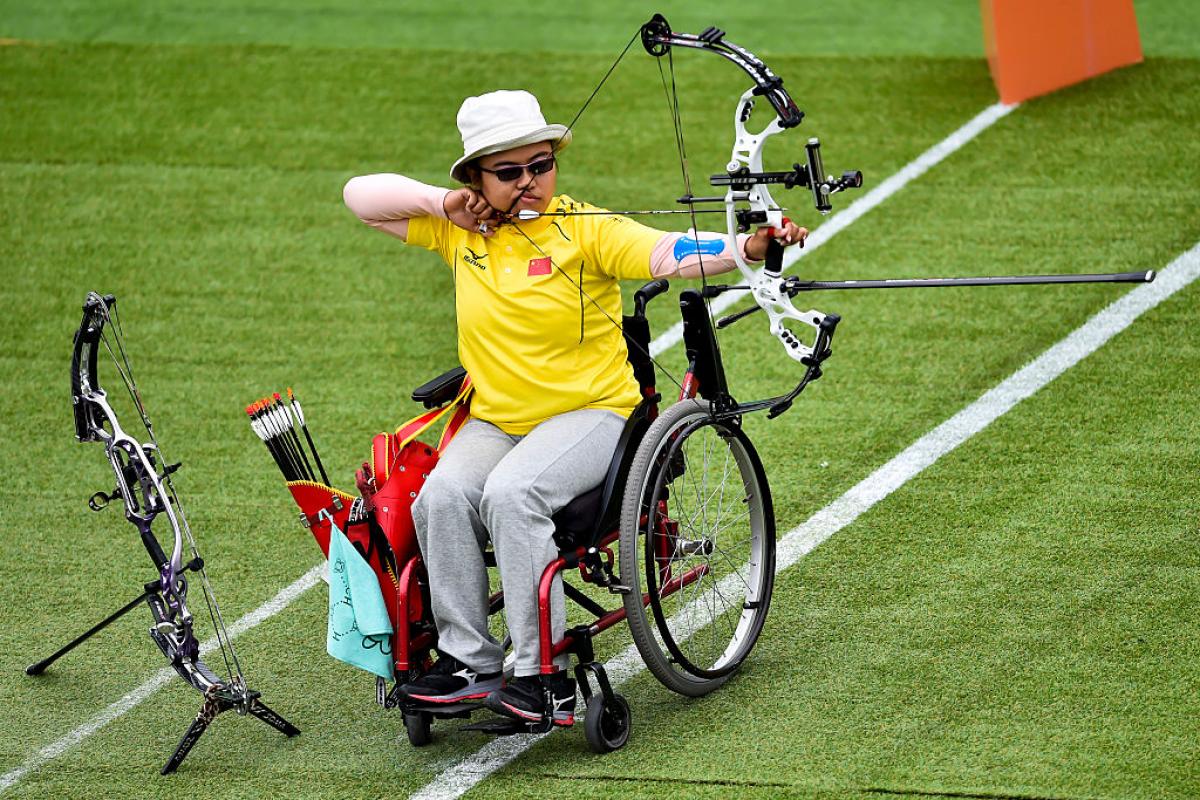 Jiamin Zhou of China competes at the Rio 2016 Paralympic Games.

Iranian archer Zahra Nemati, who won gold at the London 2012 Paralympic Games, has been chosen to be Iran’s flagbearer at the Rio 2016 Olympic Games.

The 30-year-old secured a qualification quota for the Olympic Games with a superb performance at the 2015 Asian Archery Championships in Bangkok, Thailand.

NPC Iran hopes this suggestion to the NOC will convey a message from Paralympians to Olympians and also to the world that a person’s disability is not a limitation and that the IPC’s motto of "spirit in motion" is a reality that should be realised by all.

“I will do my best to win honours in Olympic and Paralympic Games simultaneously and I dedicate a gold medal to my family,” said Nemati who set a Paralympic record on her way to gold in the women’s individual recurve W1/W2 at London 2012.

The last archer to compete in both Games in the same year was Italy’s Paola Fantato at Atlanta 1996.