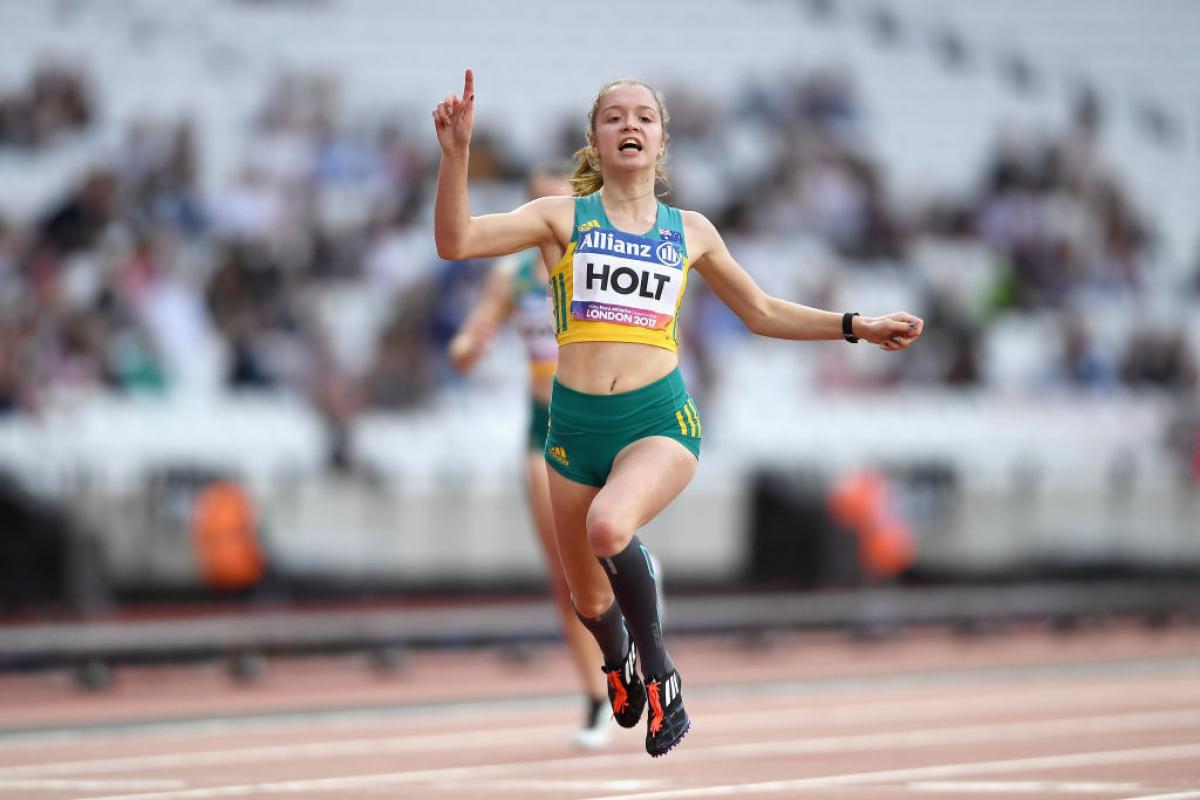 Which young Para athletes should you look out for in 2018? Here are 10 talented athletes under the age of 21 who could well impress this year:

The Australian only turned 16 last July – days before winning double sprint gold at London 2017. Her victory in the 100m T35 included a new world record of 13.43 seconds. Holt will be favourite for a home gold medal at the Gold Coast Commonwealth Games in April.

The Chinese sprinter was in scintillating form at the London 2017 World Championships, clocking a new 100m T36 world record on her way to double sprint gold. With the Asian Para Games to look forward to later this year she will certainly be one to watch. The 20-year-old won her first major title at the 2016 Rio Games with victory in the 200m T36.

The 18-year-old made a name for herself at the London 2017 World Championships, winning 200m T37 gold in championship record time as well as 100m and 400m T37 silver behind Great Britain’s Paralympic champion Georgina Hermitage. With the European Championships on the horizon, their rivalry could be one of the best.

At just 14-years-old, the Turkish teenager still has bags of potential. She competed in the World Junior Championships in Nottwil, Switzerland last August, winning 400m T20 gold in a time of 1:02.21. That victory came just two weeks after clinching 800m T20 bronze at London 2017. Gezer also raced at the Dubai Grand Prix in March last year, winning both the 800m and 1,500m.

With a European Championships to look forward to this summer, Lenihan will be hoping she can repeat the success she enjoyed at Grosseto 2016. The Irish F38 thrower was just 16-years-old when she topped the podium in Italy after throwing the discus a mighty 32.14m – a new world record. She already has two world silver medals and one Paralympic bronze to her name.

There was no stopping the young South African last year – competing in what was the T42 class, he won four gold medals at the World Junior Championships; smashed a world record; and won a senior world silver medal at London 2017 - all before his 16th birthday. He also won a Paralympic silver medal in 2016.

Now 17, Monteiro was just 15-years-old when he competed at the Rio Paralympics - the youngest competitor to represent Portugal at the 2016 Games. He finished fifth with what was then a personal best of 8.89m; less than a year later at London 2017, the Portuguese teenager added nearly a metre on to his personal best, throwing 9.86m for silver behind Iraq’s Paralympic champion Garrah Tnaiash.

The American high jumper only made his senior international debut in 2015 but already has two world titles and a Paralympic silver medal to his name. Grewe’s leap of 1.86m at London 2017 secured him his second world title; that success came just two months after he cleared a new personal best of 1.93m. How much higher can he go this year?

Ciuksza made his senior international debut at the 2016 Grossetto European Championships, winning 400m T36 silver and 800m T36 bronze. With two more years’ experience under his belt – and two world silver medals earned at London 2017 – expect to see even more of the Pole at this year’s European Championships in August.

With a Paralympic and world title to his name – no to mention the javelin F13 world record – there’s no doubt the 19-year-old from Tashkent will be a favourite for gold at the 2018 Asian Para Games in Indonesia later this year. Svechnikov threw a massive 71.01m in London last July, finishing nearly 10 metres clear of his rivals; in that sort of form he is surely hard to beat.